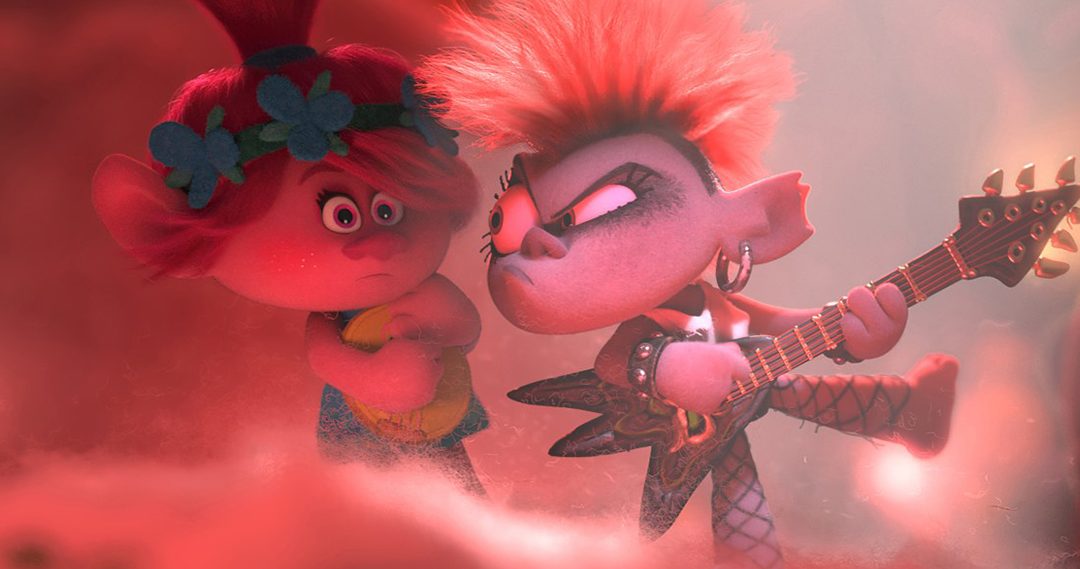 “Sweetness in the Belly” is also new to Blu-Ray this week.

A great shock awaited me in the opening of “Trolls: World Tour.” No, it wasn’t the discovery that the land inhabited by Queen Poppy (voice of Anna Kendrick) and her best pal Branch (voice of Justin Timberlake) was one of many in a much larger world. I expected that, given the name of the movie. What threw me for a loop was the discovery that DreamWorks is now 25 years old. It seems like only last week that Spielberg, Katzenberg, and Geffen started it up. Now here we are.

Time sure does fly, as does the convoy of barges led by Queen Barb (voice of Rachel Bloom), all of which are bedecked with black leather and metal zippers. She and her crew from the Hard Rock land of Troll world wouldn’t look out of place in a “Mad Max” movie. Barb’s mission is to take the sacred musical strings from each of the six music-influenced lands that make up Troll World. In addition to Barb’s own Hard Rock land, she is determined to go to the lands of Pop, Funk, Techno, Classical, and Country to get their strings. Once she has all six strings, she can thread them in her guitar, play the ultimate power chord, and quite literally rock this world.

Poppy, who is naïve about the world of Trolls outside of her own kingdom of Pop music, hears of Barb’s coming and is at first excited. Due to her worldview, she thinks Barb is just like her and is coming to throw a big party and bring everyone together. It isn’t until she journeys out of her comfort zone and sees the devastation that Barb has wrought that she gets the wakeup call that Barb wants dominance, not togetherness, and starts to question her preconceived beliefs.

A movie like “Trolls: World Tour” runs the danger of being repetitive and episodic. Barb goes to a land and takes its most prized possession. Poppy trails after her and sees the devastation. Rinse and repeat. This movie, however, side steps such dangers by infusing each of the Troll lands with a lot of imagination. Each land is distinct and is populated by archetypal characters who represent the personalities of its music. For example, Funk land’s King Quincy (voice of George Clinton, of course) is much different in look and speech form the slow, twangy drawl of Country land cowboy Hickory (voice of Sam Rockwell).

These differences are crucial to the story of “Trolls: World Tour” since they’re at the heart of its message. The movie shows us that not all Trolls are the same. They don’t have to be. It’s their unique differences from each other that make them special. If we all just listen to each other—a lesson Queen Poppy must learn—and live and let live, there can be harmony. It’s a beautiful sentiment as well as a good lesson for children and an important reminder to grownups.

The differences between the music lands also leads to the movie’s best lines and funniest moments. Barb’s rant about the bland, earworm nature of pop songs is a hoot. Poppy’s confusion over a country song being depressing rather than bubbly and upbeat is another good moment. Also pay attention to the lyrics in the funk song for its gripes about pop music’s overuse of sampling and remixing their classics.

“Trolls: World Tour” is a vibrant, colorful, energetic, music-loving movie with a good heart. The folks who put it together clearly have a love of music and a lot of imagination. It’s a shame that this movie didn’t get its own world tour in theaters and instead became an early victim of the Covid shutdown. The good news is that this gorgeous-looking movie is coming to Blu-ray (and 4K ultra HD) this week. Given that one of the effects of the pandemic is that families are spending more time with each other, this move is perfect for a movie night when everyone is together. Rent it. 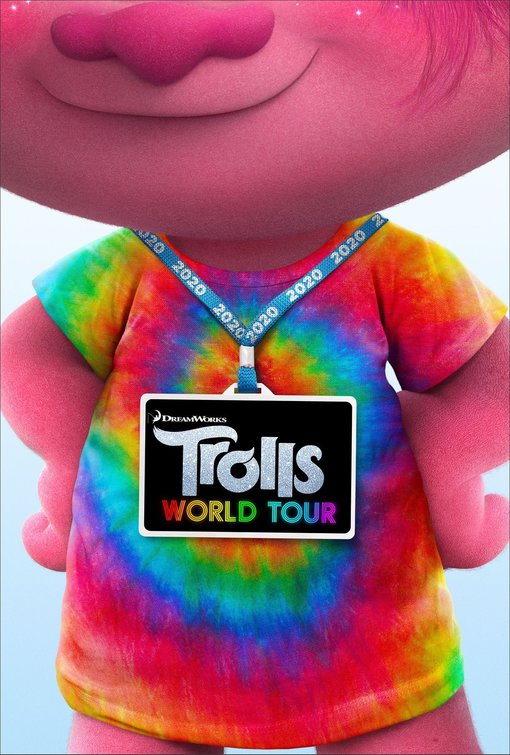 “Sweetness in the Belly,” in which an orphan in Ethiopia escapes as a refugee to England, where she works to aid fellow immigrants and refugees in reuniting with their families, starring Dakota Fanning, Kunal Nayyar, Yahya Abdul-Mateen II, Wunmi Mosaku, Gavin Drea, and Molly McCann.