Blu-Ray Pick of the Week: The Shepherd of the Hills 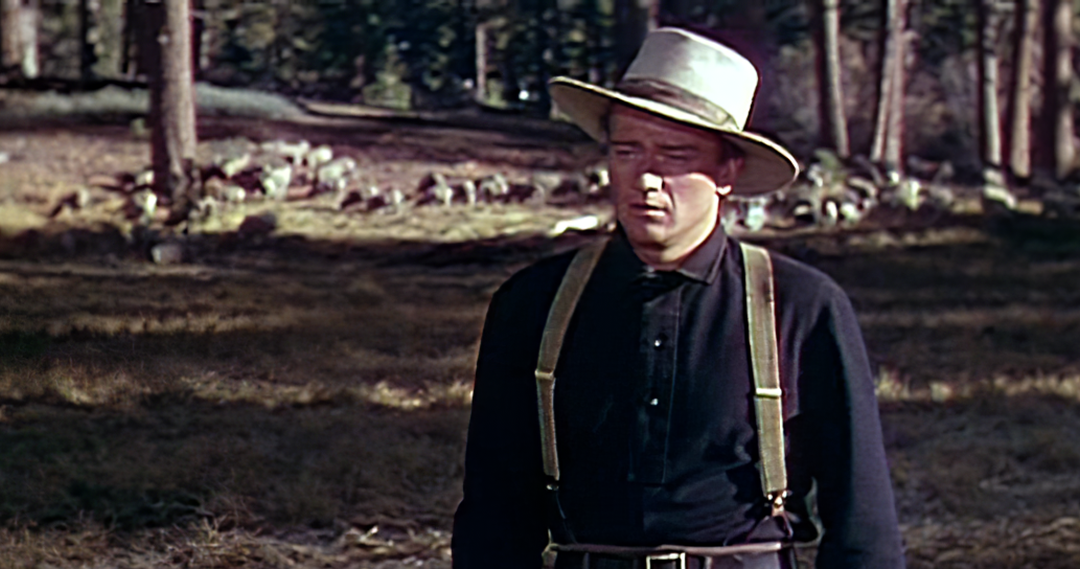 “Antebellum” is also new to Blu-Ray this week.

The Shepherd of the Hills

The sight of a young, trim, virile John Wayne wearing a big brim hat and brandishing a Winchester repeater could easily lead anyone to think that 1941’s “The Shepherd of the Hills” is a western. It’s not, neither in its themes nor in its location. There are no sheriffs, gunslingers, bandits, or gamblers in “The Shepherd of the Hills.” Nor are there any dusty saloons, tumbleweeds, or cacti. That’s because this movie isn’t a western, it’s a southern.

The setting for “The Shepherd of the Hills” is the Missouri Ozarks around the turn of the last century. The only criminal enterprise in the hills is that of the moonshining operation run by the Matthews clan, headed up by stern, tougher than nails matriarch Mollie Matthews (Beulah Bondi). Her husband Old Matt Matthews (James Barton) plays more of a secondary role in family affairs, but says what he needs to say when the time is right.

Their adopted son is Young Matt Matthews, played by Wayne. Young Matt was left orphaned as a toddler after his father left and his mother passed away, so his aunt Mollie took him in and raised him as one of her own. Wayne’s smoldering intensity shows very well here, particularly during a scene in which he’s holding his repeater while kneeling down by his mother’s grave, vowing to get revenge on the father who abandoned the both of them so many years ago. Wayne was underrated as an actor for most of his career, which is a shame. He shows wide range in this movie. Wayne also was dashingly handsome in his youth. It was more than the rugged charm he came to be known for as the decade progressed. He has clean cut with well-chiseled features. The way he looks at love interest Sammy Lane (Betty Field) reminds me a lot Clark Gable.

One day, into all of their lives comes Daniel Howitt (Harry Carey). Sammy is the first to meet him. She likes him because he helps her out, doesn’t ask too many questions, and teaches her about crazy new things she’s never heard of before, like a checking account at a bank. Howitt has a mind to buy some property adjacent to the Matthews, and Sammy makes the introductions. The old cliché of “They don’t take too kindly to strangers around these here parts” is in full effect during the initial encounter, but that is to be expected.

It’s also part of what makes “The Shepherd of the Hills” so engaging. These are the type of folk who live secret lives, and we’re peeking into their existence. More than anything, the movie provides a strong sense of a time, a place, and a people who inhabit it. The cinematography by W. Howard Greene and Charles Lang, under the direction of Henry Hathaway, gives a broad sense of the beauty of the region where land is plentiful and neighbors are a long distance away.

If there is one aspect of “The Shepherd of the Hills” that may turn off some, it’s the pacing. Since this is a movie that is very much interested in its characters, there are several heartfelt dramatic scenes that slow the movie down a bit. However, these scenes are well-written and expertly acted, so if you care about these people in this place as much as the movie does, then these scenes will be meaningful. Rent it. 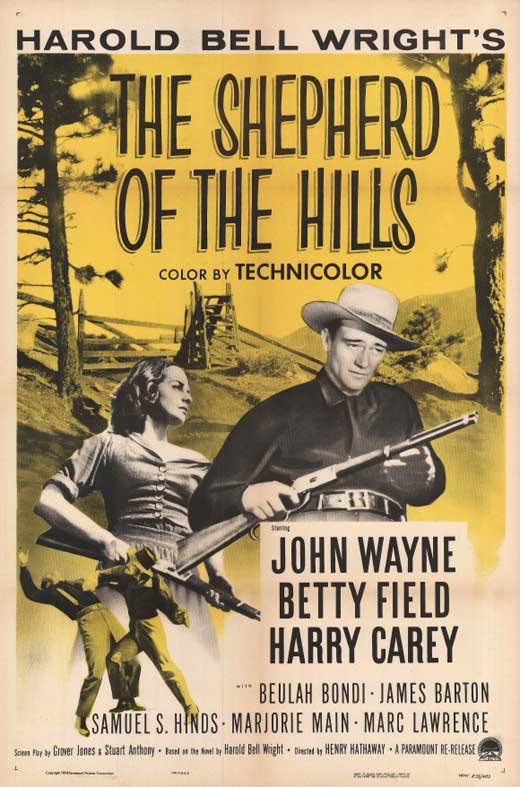 “What’s the story?” is a question that a narrative-driven movie should answer in its first act, and the sooner the better. One of my big problems with “Antebellum” came when I was an hour into the movie and still asking that question.

The first act of the movie meanders about as we see Civil War era slave Eden (Janelle Monáe) get treated poorly by her captors, most notably the mean-spirited Captain Jasper (Jack Huston). While Eden does some odd things that do pay off later, most of the point in spending a third of the movie’s one hour and 45 minute run time watching her and other slaves get beaten and branded is to remind us that slavery is bad. Thanks movie. Got it.

For the second act, we’re abruptly jerked away from the slave plantation and to modern day, where radical far left author and activist Veronica (Monáe again) is living a posh and cozy life. The movie meanders about some more as she goes through her day and we meet various people in her life like husband Nick (Marque Richardson), daughter Kennedi (London Boyce), her yoga instructor (Dayna Schaaf), and her friend Dawn (Gabourey Sidibe). It all would have been painfully mundane if it wasn’t for Sidibe. While her character is completely over the top obnoxious, Sidibe goes with it and has a lot of fun with the role. She’s a breath of much needed fresh air before the movie goes downhill again.

The second act ends with a twist that finally kicks the story into gear for the third act. After sitting through all of the banality and waiting this long to finally get a sense of the story, the twist better be spectacular and the rest of the movie better be great. Big fail on both counts. M. Night Shyamalan wouldn’t touch the twist in “Antebellum” with another director’s ten foot pole, and the movie lacks any of the narrative focus needed for the big revelation of its central mystery to be suspenseful. The only upside with this movie is that it’s a good lesson in how not to structure a twisty suspense story. Skip it. 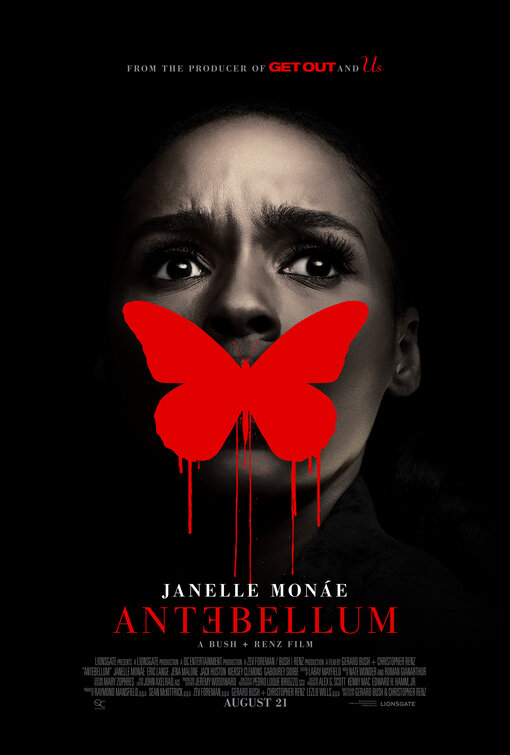 “Hard Kill,” about a terrorist group who kidnaps the daughter of a billionaire CEO to get at his valuable work, starring Bruce Willis, Jesse Metcalfe, Sergio Rizzuto, and Natalie Eva Marie.