Blu-Ray Pick of the Week: The Masque of the Red Death 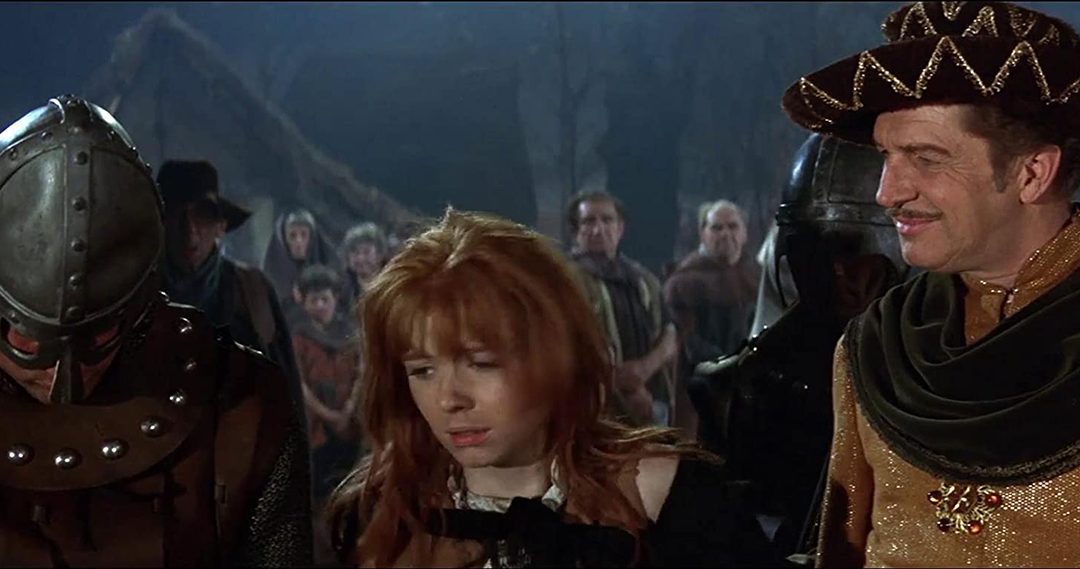 “Most Wanted” is also new to Blu-Ray this week.

The Masque of the Red Death

“The Masque of the Red Death” was produced and directed by Roger Corman. Some know that name as the man who helped kicked off a roster of who’s-who names in Hollywood, including Jack Nicholson, Martin Scorsese, Robert De Niro, James Cameron, and Ron Howard. Others may know his more recent work as producer of low budget schlock like “Attack of the 50 Foot Cheerleader” and “Sharktopus vs. Whalewolf,” to cite only two of his 415 producer credits on IMDB. Of him, two things can be said: 1) He has had a long, influential career going back seven decades, and 2) There was a time when he would spend some money to make things look really good.

In the case of “The Masque of the Red Death” from 1964, which Corman also directed, things look better than good. They look fantastic. The exterior sets are made up of lifeless trees outfitted with extended finger-like branches with pointy ends, a cool, creeping, knee-high fog, and a pitch black background. This background serves as a counterpoint to the stark red full-bodied hood and robe of the appropriately named Man in Red (John Westbrook), the personification of the Red Death disease itself. Interior sets are even better. The castle of the vile and sadistic Prince Prospero (Vincent Price), where most of the action takes place, is as colorful, lavish, decadent, and opulent as the costumes of the aristocracy he hosts within his castle walls. As filmed in lush, rich color by cinematographer Nicolas Roeg, the primary colors of the art design truly pop. This movie is second only to Dario Argento’s seminal 1977 masterpiece “Suspiria” in terms of its bold aesthetics.

The plot of “The Masque of the Red Death” concerns the happenings at the court of the castle of the aforementioned Prince Prospero as he throws a debaucherous masquerade party while members of the local village freeze, starve, and die from the Red Death. Prospero takes no pity on them and at one point when what is left of the village begs for aid at his doorstep, he mercilessly has them executed from the battlements by archers with crossbows. When a brash young man named Gino (David Weston) challenges the prince for his cruelty, the prince orders his men to garrot him along with Ludovico (Nigel Green), the father of his girlfriend Francesca (Jane Asher). Prospero takes a liking to Francesca and conscripts her to be a member of his court. Her father and lover are imprisoned and will later be forced to play a twisted game for entertainment at the party.

The start of Francesca’s captivity leads my favorite line reading in the movie. While Francesca is getting cleaned up with help by Juliana (Hazel Court), a high-ranking lady in Prospero’s castle, he pays them a visit. Francesca asks after the whereabouts of Ludovico and Gino. Prospero replies, “Your father and your lover are being quartered…(pause)…in a warm and safe place.” Those familiar with medieval punishment know that “quartering” is cutting off someone’s head and hacking the body into four pieces—hence, quartering. It is also a term used when one person gives another a room or some sort of shelter. The double meaning of the word, with the pause in the delivery and a cut to Francesca’s worried face, is well-played and speaks to the intelligence of the screenplay by Charles Beaumont and R. Wright Campbell, based on a story by Edgar Allen Poe.

Part of the fun of watching older movies is the new context that modern day brings to them. In this post “Game of Thrones” television show era in which we live, there is a dwarf character named Hop Toad (Skip Martin) who is every bit as cunning, clever, devious, and deadly as Peter Dinklage’s Tyrion Lannister. Of course this is unintentional since this movie was released in 1964, but the thematic similarities cannot be glossed over by modern eyes, purposeful or not. Hop Toad’s sneaky and savage revenge on the mean and lecherous Alfredo (Patrick Magee), as well as Prospero’s blasé reaction to it, still stands out to me as one of the harshest, cruelest, most sinister and disturbing acts of vengeance ever put on screen. Given that this is a horror movie, that’s a compliment. Buy it. 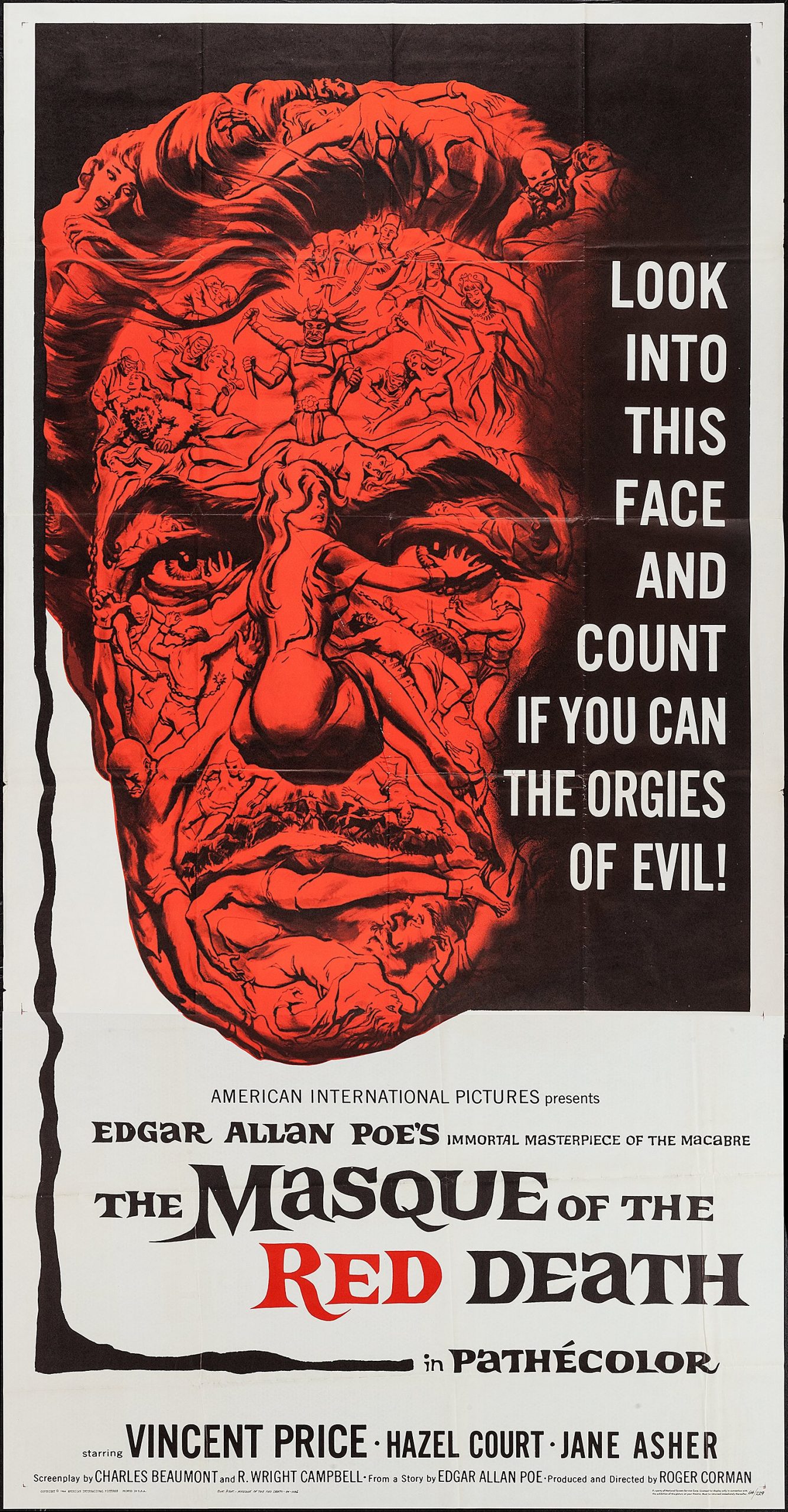 More New Releases
“Most Wanted,” about a Canadian journalist in 1989 who investigates the circumstances surrounding the suspicious arrest of a heroin addict imprisoned in a Thai jail, starring Josh Hartnett, Stephen McHattie, and Jim Gaffigan; and “The Secret: Dare to Dream,” a feature film adaptation of the self-help book, ‘The Secret’ that focuses on the power of positive thinking, starring Katie Holmes, Josh Lucas, and Jerry O’Connell.
Andrew Hudak is a lifelong film lover. His column on Blu-Ray new releases appears every Tuesday. He lives in Connecticut.