Blu-Ray Pick of the Week: The King of Staten Island 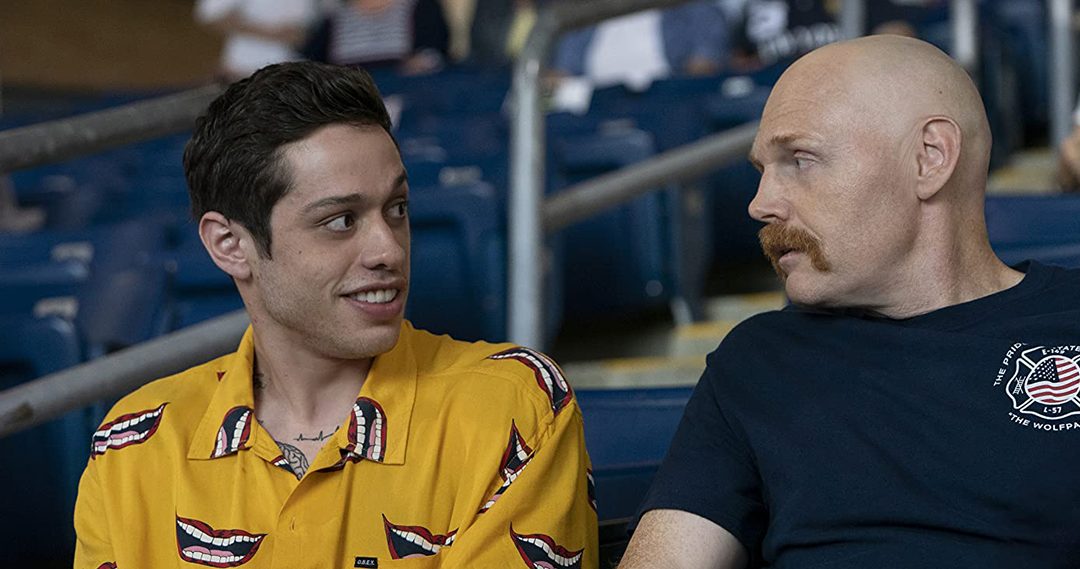 “The Trip to Greece” is also new to Blu-Ray this week.

The King Of Staten Island

As an avid movie watcher, and particularly as one who is required to think critically about the sounds and images being paraded in front of me, it’s easy to get cynical. I see a premise for a movie like “The King of Staten Island,” in which a 24-year-old pot smoking, tattoo drawing burn out named Scott (Pete Davidson, who co-wrote the screenplay with David Sirus and director Judd Apatow), who still lives with his mother Margie (Marisa Tomei), has to finally grow up and deal with her new firefighter boyfriend Ray (Bill Burr), and I say to myself, “Here we go.” The cynic in me, who is familiar with Hollywood’s usual off the shelf treatment of this scenario, supposes that the firefighter will be loud, or violent, or abusive, or an alcoholic, or some combination thereof, and Scott will go on some sanctimonious, wisecracking, “The Catcher in the Rye” style journey as he rebels and his self-righteousness is rewarded.

Nope. Thank goodness, because if the situation was treated in that usual banal manner, it would not be my Blu-Ray pick of the week. However, there was cause for alarm. We first meet Ray after Scott unwisely attempts to tattoo Ray’s son Harold (Luke David Blumm). Ray shows up at Margie’s door and loudly berates her and Scott. Later on, he apologizes to Margie and the two become a couple. I was waiting for the other shoe to drop to reveal some dark, evil side of Ray, but it never happens. While the character is far from perfect, he does his best. I like the fact that Apatow and company made Ray a sympathetic character without going into tired old tropes and clichés. There is plenty of drama to be had in “The King of Staten Island” without delving into such thinly worn and frankly boring territory. It admittedly is a bit strange that one of the things I like best about a movie is that the screenplay was not a hack job, but such is the state of things with someone with my experience in watching movies. This, I must say, is the way to subvert expectations.

The main character, Scott, is rife with pathos. He has A.D.D. His own father was a firefighter who died when Scott was seven years old. He’s been in a state of arrested development ever since, hanging out with a group of loser friends and having intermittent sex with a girl named Kelsey (Bel Powley) who he’s known since the fourth grade. After one of their intimate encounters, she tells him that she’d like to get more serious and take things to the next level. The litany of pathetic excuses that follow as to why he can’t—or won’t—makes it a small wonder that she doesn’t lose all feelings for him right then and there. Most women would turn and run after experiencing Scott’s flimsy, self-pitying monologue, but I can see how for a screenplay it’s more convenient to keep her around as a love interest and give him somewhere to go in that regard. Scott also has Crohn’s Disease, which he explains in the movie for those who don’t know what it is. It sounds terrible, but it’s the least of Scott’s problems.

There are several extended dialogue scenes in “The King of Staten Island.” All of them feature Scott. It helps that the actor playing him, Pete Davidson, co-wrote the screenplay and could therefore write dialogue scenes that play to his strengths. The best written are two that he has with sister Claire (Maude Apatow). She is around six years younger than Scott and has lived a more normal life, though she worries about her brother a lot. She graduates high school and goes off the college as the movie begins. Her success and happiness serve to highlight Scott’s missteps in life as he wallows in self-doubt, tries to self-medicate with marijuana, and engages in self-delusion regarding a tattoo restaurant that he wants to open.

More than just another drama full of clichés, “The King of State Island” is a character study. The fact that the character is so deeply flawed and has a lot of external and internal obstacles to overcome only serve to make him more interesting. Scott is not particularly likeable at first. After a while though, he grows on you—and so does the movie. Buy it. 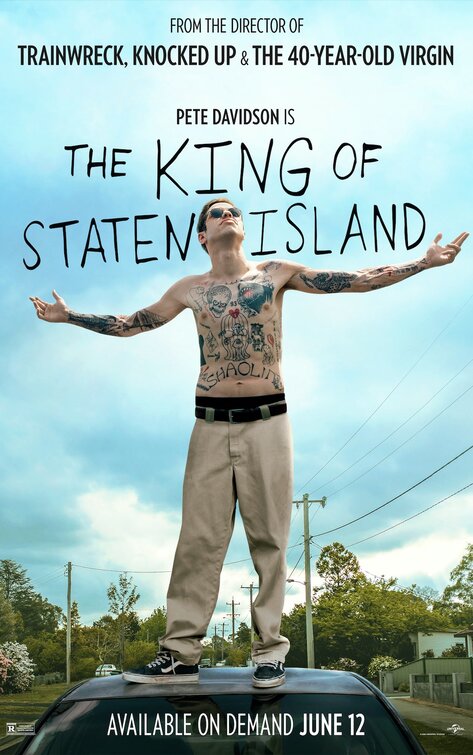 The Trip To Greece

I have to hand it to Rob Brydon and Steve Coogan. It’s their fourth time out in ten years and I am still interested in going with them on their trips. This time the actors, playing versions of themselves that I have a feeling are close to the real deal, are on “The Trip to Greece.”

This outing separates itself from the previous three by starting them off actually on the trip. Technically, they are in Turkey. The idea is for them to re-trace the journey of Odysseus from Turkey, through Greece, and with the final stop at Ithaca. Right off the bat it felt refreshing to get right to it. No phone calls between the two to decide to go, or scenes of one of them protesting about going on the trip even though everyone knows he will choose to go or there wouldn’t be a movie. No scenes of anyone packing a bag and saying goodbye to catch a taxi to the airport. Things like this are fine for the first movie, but by the fourth one we really don’t need it. It’s very savvy of Brydon, Coogan, and director Michael Winterbottom to know this and start us off with the action, i.e. the trip, already in progress.

The joy of this movie is seeing the good natured banter between the two friends. There is a natural flow to it that is authentic to the way most men interact in friendships with each other. Part of the fun of hanging out with Brydon and Coogan on their trek are the impressions. Those familiar with the previous movies are rewarded in seeing them both once again do their spot on Roger Moore impressions. Some new ones include Marlon Brando and Robert de Niro. It wouldn’t be a “Trip” movie without the pair doing an impression of someone’s cockney accent. This time, instead of the classic Michael Caine impression that they both nail, they do an impression of actor Ray Winstone that is every bit as perfect and hilarious.

The “Trip” movies typically have a plot of some kind other than the journey from one place to the next, and “The Trip to Greece” is no exception. There is a B-story thread that follows Coogan throughout and pays off at the end. It’s more dramatic and serious than the fun and frivolity he has with Brydon, but I will take it as a counterpoint that accentuates the comedy and also, as someone still scratching his head over the ending of “The Trip to Spain,” I appreciate that the movie actually feels complete and doesn’t just nihilistically trail off and abruptly stop. Rent it. 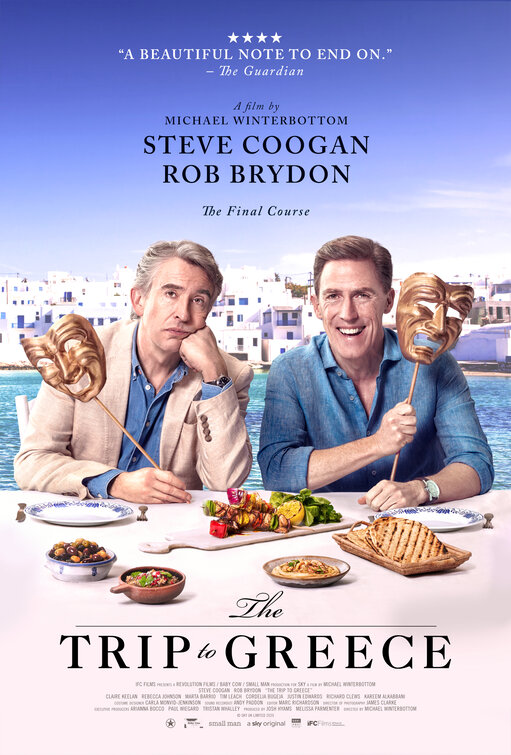 “Deep Blue Sea 3,” in which a marine biologist and her team studying the effects of climate change off the coast of Mozambique confront three genetically enhanced bull sharks, starring Nathaniel Buzolic, Emerson Brooks, Bren Foster; and “Fulci for Fake,” the first biopic about Lucio Fulci, who is in my opinion the most wildly inconsistent director of all time, with never seen before footage, photos and interviews.