Blu-Ray Pick of the Week: The Gentlemen 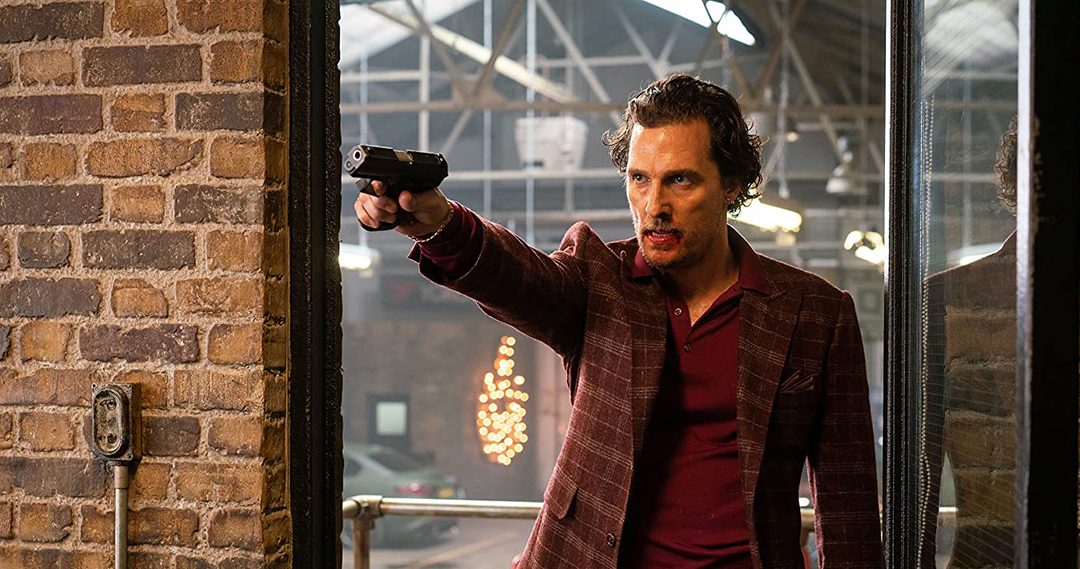 “Bad Boys for Life” and “The Turning” are also new to Blu-Ray this week.

“The Gentlemen” is one of those ironic titles. It’s about a group of men—and one woman—who are anything but gentle. Sure, the men look the part with their posh, well-tailored suits and hats. Each is a dandy who dresses well enough to blend in with the upper crust of London society. Their actions, however, are more suited to the behavior of working-class hooligans after the big football match against Manchester.

Of course, these are the types of characters and setting that writer-director Guy Ritchie knows so well—the brutal, merciless gangsters who inhabit the seedy underbelly of London’s criminal underworld. With “The Gentlemen,” he returns to the genre that made him a huge sensation in the late 1990s and early 2000s with “Lock, Stock, and Two Smoking Barrels” and “Snatch.”

It’s like he never left. Not only is Ritchie back in familiar territory, he brings his one of a kind visual style back with him—along with just the right amount of humor. The opening credits even participate in drawing us in, as images made from smoke form to show the characters we’re about to see with the actors’ names appearing next to them. This opening sequence is cut to time perfectly to a song called “The Cumberland Gap” by David Rawlings. I dare you to try to not be captivated by the audio-visual showmanship on display.

Ritchie is a gifted story-teller. He knows how to unfold a sequence of events, then show us something new, then back track to show us what was previously not seen so that we are caught up and everything makes sense. It’s an effective narrative device that keeps the audience engaged and in suspense. It is also incredibly difficult to pull off. A writer needs to know how, when, and where to employ such a device so that it does not either become gimmicky or lead to more confusion. It’s a tight rope walk. Ritchie walks it flawlessly with “The Gentlemen.”

Ritchie’s surrogate in the movie is Fletcher (Hugh Grant), a sleazy investigative journalist. He barges his way into the very nice home of Ray (Charlie Hunnam) to tell him a story. It’s a story that Ray wants to hear. It involves Ray’s boss, an American expatriate named Michael Pearson (Matthew McConaughey). Pearson’s sale of his marijuana empire is in jeopardy, but if he Ray listens to Fletcher—and pays the requested price—then in turn Fletcher will give Ray all of the details he needs to save Pearson and himself.

Most of the movie is told in flashback, “The Usual Suspects” style, as Fletcher spins his tale to Ray. It’s a compelling narrative, told with panache and the right amount of levity. As Fletcher, Grant does an excellent job of dissolving his sweet, disarming persona and replacing it with something decidedly more aggressive. He’s not as physically violent or imposing as the other men in the movie. His intentions, however, are just as cold and warped as any gangster’s. He merely has a different method for getting what he wants. Namely, extortion.

For Ritchie, “The Gentlemen” marks a career highlight. He goes back to a genre and style that he knows so well, yet also advances his craft. His stylistic choices are bold and confident, but never self-indulgent. His narrative is complex, jumping ahead and winding back on itself at many points, yet easy to follow and rewarding to those paying close attention. It is also more mature. There is a meeting between Pearson and a Chinese gangster named Dry Eye (Henry Golding). Events escalate and get horrifically violent. Then we find out that Fletcher, the story-teller journalist, was just making it all up. We then cut back and see how events actually played out. The Guy Ritchie of twenty years ago would have gone with the more violent scene as the true one. The fact that the violence in this movie is just as much verbal as it is physical is a sign of how far he has advanced as a filmmaker. Buy it. 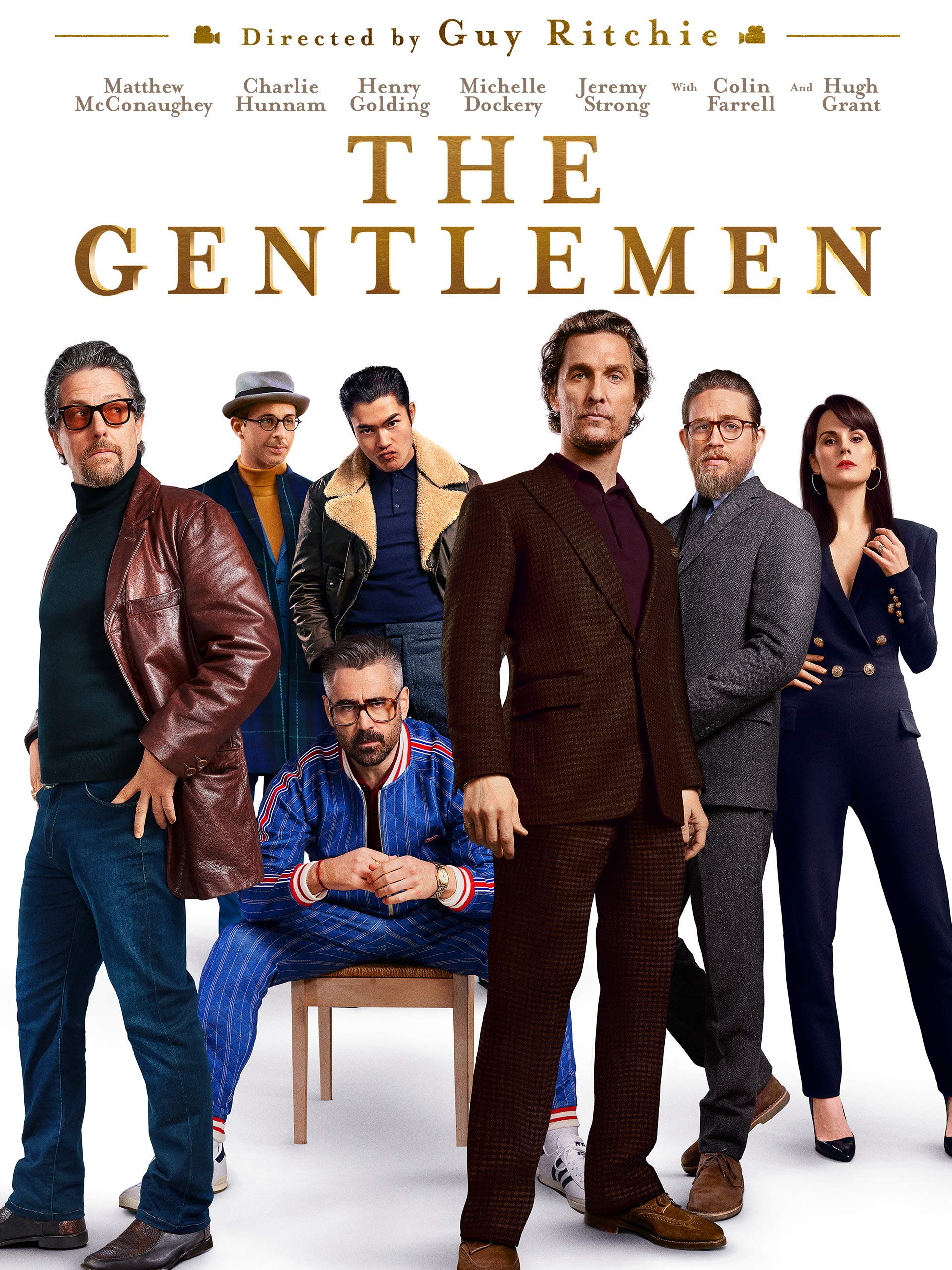 “Bad Boys for Life” begins with the Simpson-Bruckheimer production team logo. It was great to see since I never thought I’d see it again given that one half of that team, Don Simpson, died in 1996. The original “Bad Boys” from 1995 and starring Will Smith and Martin Lawrence was one of the last movies Simpson produced. Now they’re back as Mike and Marcus, as is producer Jerry Bruckheimer and previous franchise director Michael Bay (in a cameo), and they made a movie that Simpson would have loved.

Back in the ‘90s when loud, big budget action movies were a dime a dozen, I watched one after the other with a minimum of enthusiasm. Some I liked, some I didn’t. It didn’t matter—another one for me to check out was coming soon to my local cineplex. If you were to ask ‘90s me if I’d ever miss practical action and stunt spectacle movies as they gave way to more visual effects-heavy action movies, I would have said no without hesitation. I would have been wrong. Perhaps it’s just nostalgia, but I do miss them.

I feel like it’s been forever since I’ve seen the trope of the police captain who gulps antacid, is constantly taking heat from those above him, and yells at our heroes even though deep down he likes and respects them. In “Bad Boys for Life” he is played by Joe Pantoliano. Not only is it great to see Pantoliano, it’s also great to see that type of character again. In the ‘90s he was a cliché, but somehow he’s fresh and new again.

Even though this installment wasn’t directed by Bay, the visual style is in line with the previous movies. Directors Adil and Bilall, as they are credited, clearly took some good notes while watching Michael Bay movies. The full color palette with clear, crisp images is here, as is an inherent sense of how to frame the shot and move the camera. If you told me that Bay directed this movie, I wouldn’t have argued. The only give away is that the action scenes, while big and loud, aren’t as bloated as a typical Bay movie. Bay has always been a more is more style director. Under his guidance I am sure the body count would be higher, the explosions would be bigger, and the movie would be half an hour longer. These are the excesses of Bay that I do not miss. Adil and Bilall hit this just right, giving us what we didn’t even think we missed without going too far overboard in doing so. Rent it. 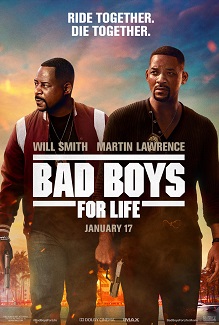 As a critic, it is important for me to keep my mind active while watching a movie so that my thoughts about it may be formulated into a review. This, however, does not mean that I am strictly intellectual. Movies are more of an emotional affair than anything else, and I find it equally important to stay in touch with my feelings while viewing a movie. Feelings usually generate more simplistic thoughts, either good or bad, like, “That was awesome!” or “Oh come on—that’s stupid!” I think that the end of the “The Turning” is the first time I had an emotional response that made me think, “Eff you, movie!!” Many have come close, but this one put me over the edge.

“The Turning,” based on a classic work by author Henry James, is the story of a woman having a mental and emotional breakdown. This is the fact that can’t be denied. Her name is Kate Mandell and her unravelling is excellently portrayed Mackenzie Davis. The question in the book, and in previous adaptations, is whether or not Kate’s troubles are all in her head and possibly due to the stress she is put under by the actions of a troubled young man (Finn Wolfhard), or something more supernatural, such as the malevolent ghost of man named Quint (Niall Greig Fulton).

The story can be seen both ways and either side can be argued–but a side needs to be picked. The major problem of “The Turning” is that it tries to have it both ways. As a ghost story it’s painfully mediocre, sprinkled with jump scares and an ill-advised game of hide and seek that leads to sights of spooky entities lurking in the dark corners of an abandoned hallway. It is arguably more interesting if the paranormal events are all playing out in Kate’s mind, but if that is the case, then things like the creepy mannequin moving its head after Kate has left the room undercuts that approach.

Not that any of this uninspired, confusing mess matters by the time we get to the movie’s incredibly unsatisfying and abrupt ending. I can’t help but wonder how many exhibitors got complaints from audience members who thought a reel was missing. It’s that bizarre and off-putting. My official stance is to Skip it. However, for those whose curiosity is getting the better of them, or for those asking, “Really—how bad could the ending be?” I say wait until it comes to your streaming service of choice so you can Stream it and find out for yourself. In a way, I get it. Something this atrocious really does need to be seen to be believed. You have been warned though. 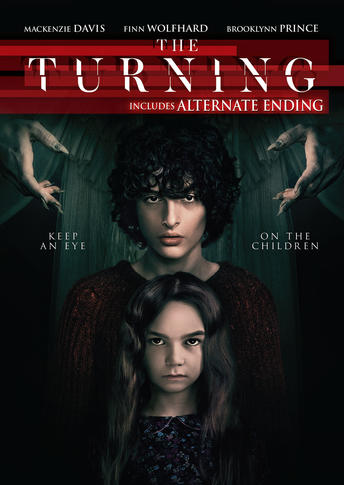 More New Releases
“Ip Man 4: The Finale,” in which the Kung Fu master travels to the U.S. where his student has upset the local martial arts community by opening a Wing Chun school, once again starring Donnie Yen in the title role; “The Last Full Measure,” one of the great untold stories of the Vietnam era, in which 34-years after his death Airman William H. Pitsenbarger, Jr. (“Pits”) is awarded the nation’s highest military honor for his actions on the battlefield, starring Sebastian Stan, Christopher Plummer, William Hurt, Ed Harris, and Samuel L. Jackson; and “Like a Boss,” in which two female friends with very different ideals decide to start a beauty company together, starring Rose Byrne, Tiffany Haddish, and Salma Hayek.
Andrew Hudak is a lifelong film lover. His column on Blu-Ray new releases appears every Tuesday. He lives in Connecticut.