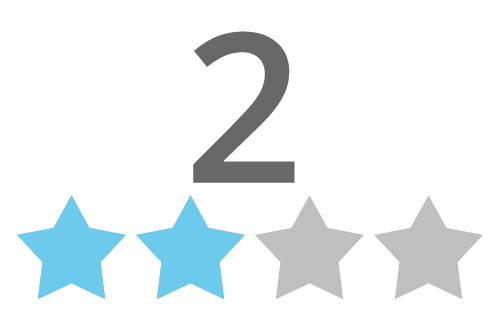 It’s mildly amusing, but for kids only. Discerning adults will not be able to forgive the massive gaps of logic.

“Sonic The Hedgehog” is inspired by one of the most popular video game franchises ever created. Its central premise follows Sonic, a blue hedgehog, who’s extraordinarily fast. For a film adaptation, one might presume director Jeff Fowler would take us on a high-speed action-adventure that’s full of great peril, close escapes, and a smattering of world-saving to keep the global audience on edge.

Instead we get a “Smurfs” movie crossed with stupidity. After leaving his homeland, the otherworldly Sonic (voice of Ben Schwartz) lands in the fictional town of Green Hills, Montana (shot on location in Vancouver). For ten years he remains hidden, as he was told to do by his mentor.

Well, sort of hidden. He eagerly races by local cop Tom (James Marsden) at 300 MPH, unwittingly shedding magical blue hair as he goes. He also teases Crazy Carl (Frank C. Turner), the local loon who no one believes when he insists he’s seen a blue alien. If you didn’t know any better, you’d think Sonic wanted to get caught so he could have a family, friends, heck a connection with anyone.

A power outage occurs as Sonic unbelievably plays baseball by himself, which leads the U.S. government to send in the ill-reputed Dr. Ivo Robotnik (Jim Carrey) to investigate what happened. When Robotnik discovers Sonic’s power, he endeavors to capture the creature, harness his power and…it’s not clear. Robotnik is probably hellbent on world domination. Just don’t ask how he finances his advanced technology, because no explanation is given.

It should be added that the power outage is so strong that its energy force has never before been felt on earth. One would think the government investigation would be handled discreetly, internally, but no. The government sends in someone it knows cannot be trusted. Why? Because it’s a movie aimed at kids, and Carrey’s ability to ham it up Ace Ventura-style was what the filmmakers thought would work best. It doesn’t. For someone with five PhDs and a super high IQ, Robotnik doesn’t seem all that smart when he’s outwitted by a not-that-bright small town cop and a hedgehog.

Understandably, creative liberties are going to be taken in children’s movies. That’s fine. It’s about a superfast blue hedgehog. I get it. But that doesn’t excuse the gaps of logic. For example, there’s a scene in which Sonic is hiding. The bad guys are outside, and closing fast. He has magical rings and can escape to anywhere in the universe, but doesn’t because, and I quote, “they’re right outside.”

This makes no sense! Things happen for the sake of the plot all the time in movies – the key is to be subtle about it. This is the opposite. It’s the difference between “Sonic The Hedgehog” being a fine, mildly amusing entertainment for kids only (which it is) and a legit good movie that is enjoyable for all ages (which it is not).

Did you know?
There’s a mid-credit scene that fans of the video game are going to love.