Blu-Ray Pick of the Week: Murder by Decree 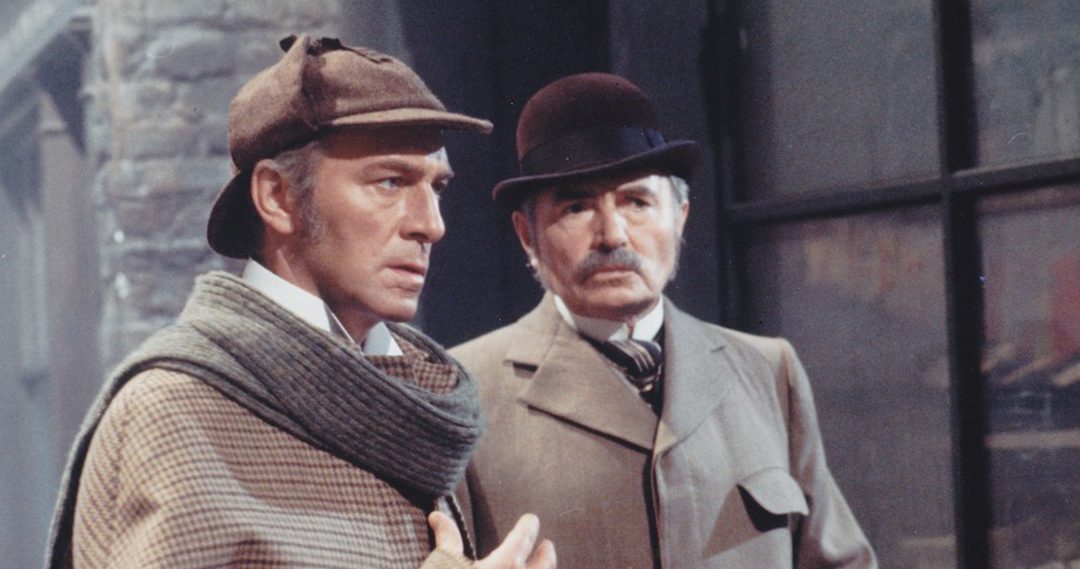 “Portrait of a Lady on Fire” is also new to Blu-Ray this week.

There’s a banter between Sherlock Holmes and Dr. Watson that, when done properly, is musical. The contrast between the flabbergasted Watson, played in 1979’s “Murder by Decree” by James Mason, and the exuberant Sherlock Holmes (Christopher Plummer), creates a rhythm. Holmes’s speech inflections bounce well off of Watson’s more even-keeled delivery to create a pleasurable melody that flows from one line to the next.

Of course, in order to pull off such an accomplishment the lines must be well-written, which they are in the screenplay by John Hopkins. The actors must also be talented and well-tuned enough to pick up on the rhythm, which Mason and Plummer most certainly are. Credit should also be given to Bob Clark for either directing the scenes this way or having the good sense enough to know that what the actors are doing is brilliant and leave them alone. Either way, “Murder by Decree” is a fun movie to listen to.

It’s also a fascinating movie to watch. In it, Holmes and Watson take on the task of solving the grisly “Jack the Ripper” murders that occurred in Whitechapel, London, in 1888. The movie starts off with foggy London streets (are there any other kind in movies set in this time and place?) and we see a first-person point of view of a woman getting attacked. Given that this is a PG-rated movie, nothing is too graphic.

It turns out that this is the third “Ripper” victim out of an eventual five total. Holmes and Watson are tasked by private citizens to find the killer. This is against the wishes of Scotland Yard’s new chief inspector Sir Charles Warren (Anthony Quayle), who does not like Holmes near the crime scenes or making inquiries and makes no secret of it. Warren is pompous and quick-tempered, a perfect contrast to the intellectual and emotionally centered Holmes. Since the killer of this movie is more of a McGuffin than an antagonist, it’s good for Holmes to have an adversary of some kind to play off of, even if they are presumably on the same side of the law.

As the investigation proceeds, the movie takes interesting dramatic license with the real-life people and events involved in the “Ripper” murders. One such person is psychic medium Robert Lees (Donald Sutherland), who in real-life offered his services to the police to catch the killer but was turned away. Holmes is not so quick to dismiss Lees since after all, as Holmes himself once said in one of Sir Arthur Conan Doyle’s books, “Once you eliminate the impossible, whatever remains, no matter how improbable, must be the truth.”

“Murder by Decree” also explores the potential involvement of the secret order of the Freemasons as well as the real meaning of the word “Juwes” that was written on a wall near one of the murders. Holmes catches on to these clues quick. Thank goodness we in the audience have Watson as our entry way into the movie. He gets confused and has questions when Holmes is too many steps ahead. Ever the patient man, Holmes kindly explains what he is thinking to Watson thereby bringing him—and us—up to speed.

By the time we get to the last 15 minutes of the movie and John Gielgud shows up as Prime Minister Lord Salisbury, the labyrinthian explanation of events Holmes lays out may have your head spinning. This is where “Murder by Decree” gets a bit too clever for its own good. But I will take clever and interesting over dumb and boring any day. Buy it. 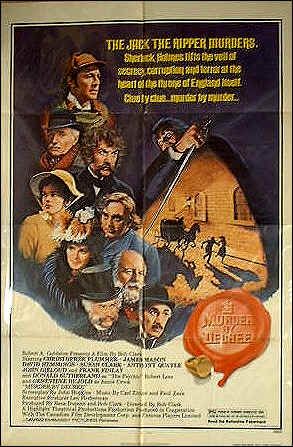 “Portrait of a Lady on Fire,” French language movie that takes place on an isolated island in Bretagne at the end of the eighteenth century, in which a female painter is obliged to paint a wedding portrait of a young woman, starring Noémie Merlant, Adèle Haenel, and Valeria Golino.