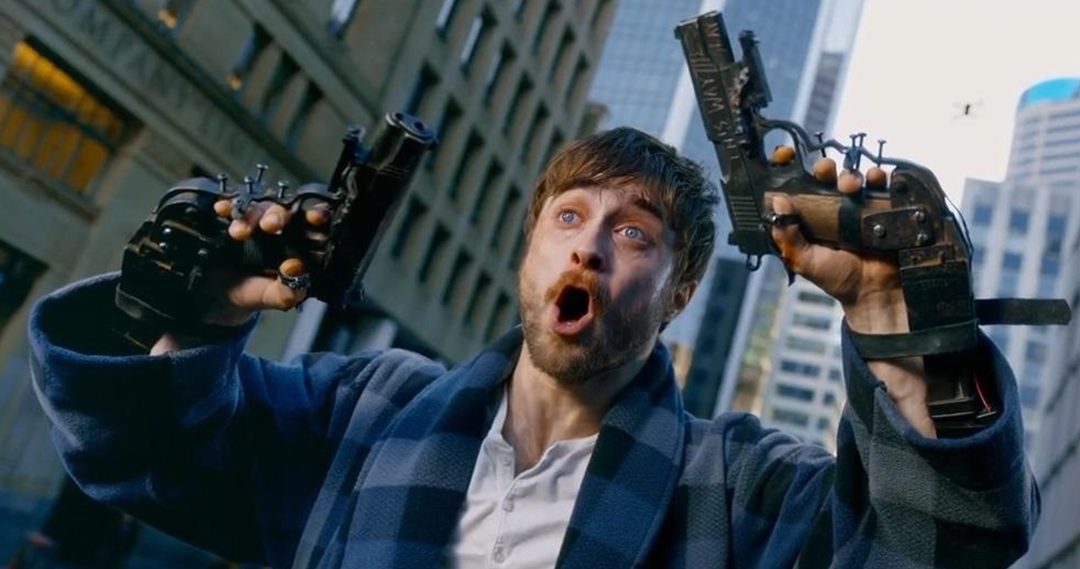 It is mostly by reading that I acquire new words to my vocabulary. Movies have taught me some words, but those have mostly been from higher-brow scripts. I don’t think that many will argue that writer-director Jason Lei Howden’s latest movie, “Guns Akimbo,” about a man named Miles who has pistols bolted to his hands, is high-brow. Nevertheless, I did learn the word “akimbo” from this movie’s title. According to Google, it means either 1) with hands on the hips and elbows turned outward (like when someone is mad at you) or 2) limbs flung out widely or haphazardly. Reflecting back on “Guns Akimbo,” I see how definition number two is an accurate description of Miles.

Miles (Daniel Radcliffe) is a programmer for a popular game app, but he hates his job. He vents his aggression in the evening by drinking beer and trolling online. One night he makes the mistake of trolling the viewers of a real-life deathmatch game called Skizm. This raises the ire of the game runner, a tattooed, nasty looking man named Riktor, played with scenery devouring appropriateness by Ned Dennehy. Next thing Miles knows, he wakes up in his apartment with guns attached to his hands. He is also informed that he is now part of the game. This is a major problem for a non-violent vegan.

His opponent is a merciless young woman named Nix (Samara Weaving). Her back story, as much as we get, is that she was diagnosed to be criminally insane at age thirteen. She’s the game’s champion, skilled in what can best be described as gun fu (John Woo fans get this). The scenes where we see Nix in action are quick-cut, MTV style shots that show off the blink and you miss it swiftness of her moves. She doesn’t really have a superpower, unless feeling invincible and going on a berserker-style killing spree after snorting cocaine counts as a superpower.

While this is all a great set up for a twisted action movie, there are elements of the premise that lend themselves to laughter. Howden milks these moments for what they’re worth. Think about it: How easy would you find it to do basic, everyday things like answer your smart phone, feed yourself, dress yourself, or go to the bathroom with two guns attached to your hands? The movie finds humor in the logistics of doing such things and is more interested in the scenario of the hero than any philosophical implications of why he is in his predicament. I am sure a message about keyboard warriors and their lack of real-world bravery, or a message about the bloodthirst of human nature, could be derived from this movie. I am also sure that this movie doesn’t care if you get a message or not. It just wants to have fun.

The closest “Guns Akimbo” comes to any sort of explicit philosophy is when Miles meets a homeless man named Glenjamin (Rhys Darby). Glemjamin is Miles’s savior and sage. He takes pity on Miles and helps him with some clothes and food. He also dispenses some words of wisdom, couched in humor. That’s as far as he’ll go though. He makes it clear that if Miles has any issues with cleaning himself after evacuating his bowels, he’s on his own.

Much like his previous movie, 2015’s “Deathgasm,” Howden blends horror, action, and comedy. The horror in “Guns Akimbo” is low-key. It’s really just body horror derived from the guns attached to Miles’s hands as well as the look and presence of the physically intimidating Skizm villains. For the most part, this is an action-comedy. The action part flows naturally from the situation Miles is in. The comedy is the tricky part, and it’s what makes the movie so entertaining. Not a frame of “Guns Akimbo” is meant to be taken seriously, even if it were a straight action movie. But as a straight action movie it would have been sadistic and nasty. I would have been turned off rather than amused if that approach had been taken. A movie like this is like a recipe, where the right ingredients need to be used in the correct proportions. With “Guns Akimbo,” Howden found just the right mix. Rent it. 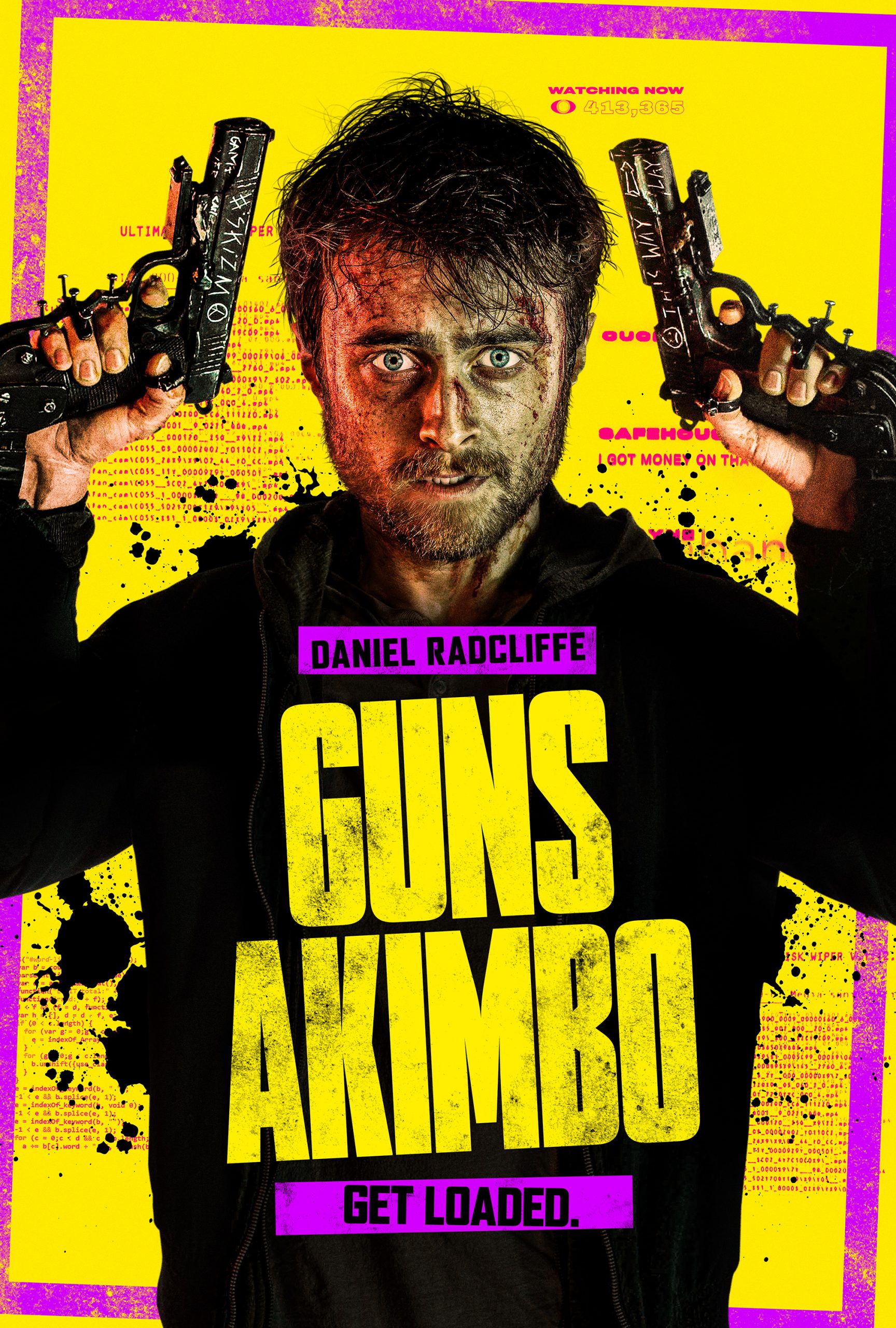 No time is wasted getting to the violence in “Mortal Kombat Legends: Scorpion’s Revenge.” Japanese sword master Hanzo Hasashi (voice of Patrick Seitz), who later becomes Mortal Kombat tournament fighter Scorpion, discovers his wife and clan slaughtered upon returning home one evening. He takes brutal, bloody vengeance on the opposing clan members responsible, slashing and stabbing his way through them. These opponents are not killed so much as they are dismembered and dissected. The violence, animated though it may be, is extremely graphic, including X-ray images of skulls getting crushed and teeth flying.

While casual viewers may find this extreme, fans of the “Mortal Kombat” video games will not. For them, not only is this to be expected, it would be downright disappointing or even insulting if the movie did not have this level of violence. Plus this movie is not meant for casual viewers who are not already familiar with the Mortal Kombat universe. This is evidenced by the fact that other fighters, like Sonya Blade (voice of Jennifer Carpenter), Johnny Cage (voice of Joel McHale), and other klassic kombatants (couldn’t resist) are brought into the story with barely an introduction. You better know who these characters are coming in, or you’ll be lost. For those fans, who know all of the back story and just want to get to the gore and the fights, Rent it and get your fix.

Expectations can be a killer. We’ve all been there. We’ve heard about the movie from a director we like, starring an actor we like, and we get our hopes up. Then we watch the movie and by the time it’s over, our hopes are completely dashed.

I had this experience while watching “Tartuffe.” The movie is directed by F.W. Murnau, who directed “Nosferatu” three years before this movie and after went on to direct “Faust,” which was once a pick of the week of mine, and “Sunrise.” It stars Emil Jannings, who played Mephisto in Murnau’s “Faust” and also starred with Marlene Dietrich in Josef von Sternberg’s “The Blue Angel,” one of my personal favorite movies. “Tartuffe” also has the distinction of being released in 1925, a historically great year for cinema that saw the release of such classics as “Ben-Hur: A Tale of Christ,” “The Gold Rush,” “The Phantom of the Opera,” and “Battleship Potemkin.” With all of the good vibes surrounding it, I was sure this movie would be great.

It’s not. It’s barely over an hour, and stretches to even get there. This is because there is a pointless wrap around story about a rich man (Hermann Picha) who disowns his grandson (André Mattoni) for choosing to be an actor. The rich man is being poisoned by his housekeeper (Rosa Valetti) in the hopes of getting his fortune after he dies. The grandson sees this, and in order to convince his grandfather of the housekeeper’s unscrupulous actions, he shows them a movie of “Tartuffe,” based on the play by Molière.

The majority of the run time of “Tartuffe” is this movie within a movie, in which a man named Orgon (Werner Krauss) is taken in by a religious fanatic named Tartuffe (Jannings), much to the dismay of Orgon’s wife (Lil Dagover). Tartuffe comes to live in the Orgon household, upsetting the status quo. She sets out to prove to her blindly devoted husband that the religious man is a drunken, lust-filled hypocrite so he will be cast out of their house.

The movie within a movie is fine for what it is. Murnau employs some of the German Expressionist methods he’s known for, like large props and looming shadows. The story is a fairly gripping morality play. Jannings does a great job of playing a pious prickly pear who walks around with his nose buried in his Bible. But once it’s done going through the motions, there is nothing else left to the movie. “Tartuffe” ends quickly once the movie within a movie is over, making the movie viewing experience on the whole feel shallow and pointless. Murnau would have been better off skipping the wrap around story and making a 90-minute movie out of Moliere’s play. Skip it. 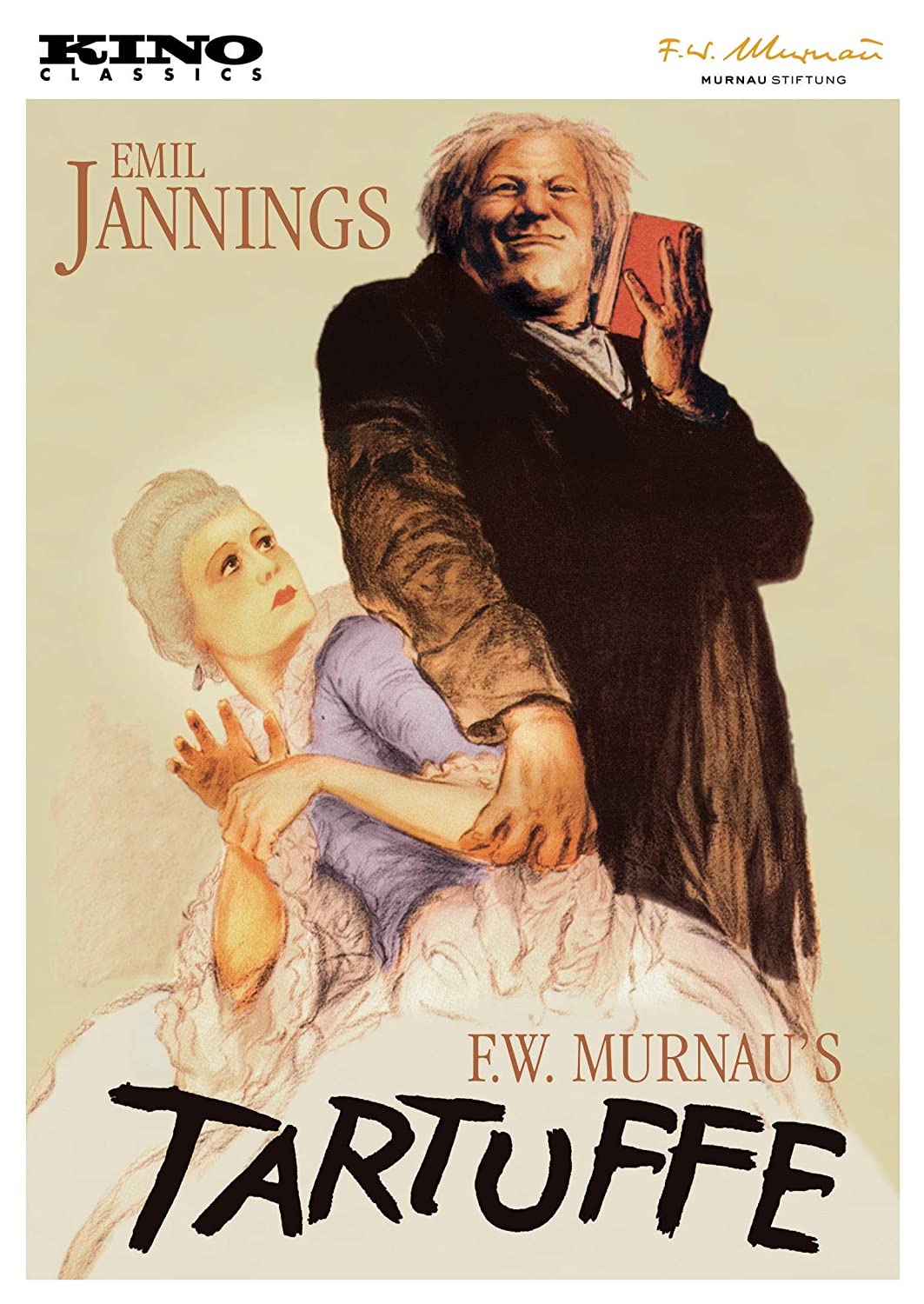 More New Releases
“Sweet Bird of Youth,” well-made 1962 movie based on the Tennessee Williams play about a drifter who returns to his hometown after many years of trying to make it in the movies, starring Paul Newman, Geraldine Page, Shirley Knight, Ed Begley, and Rip Torn; and “Don’t Drink the Water,” funny send-up of the Cold War based on Woody Allen’s play about a New Jersey caterer’s vacation to Europe that turns into an international espionage incident, starring Jackie Gleason and Estelle Parsons.
Andrew Hudak is a lifelong film lover. His column on Blu-Ray new releases appears every Tuesday. He lives in Connecticut.