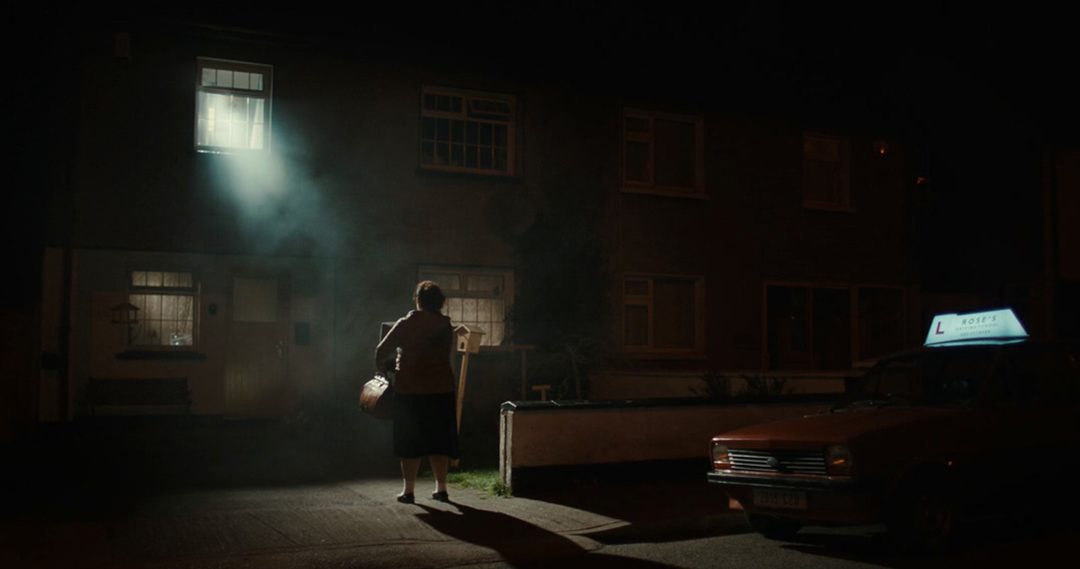 “Robert the Bruce” is also new to Blu-Ray this week.

Possessed cheese is a thing. At least it is according to “Extra Ordinary,” a comedy from Ireland about a driving instructor named Rose Dooley (Maeve Higgins) who also has the gift to communicate with ghosts. “Gift” though, is the wrong word. According to a thirty-year-old VHS tape featuring her father Vincent (Risteard Cooper), we learn two things: 1) The ability to communicate with the spirit world is called “talents” and 2) spirits can possess the living bacteria inside of cheese. I can imagine that fans of yogurt and yeast also have cause for alarm.

Rose is wary of using her talents due to an accident that happened shortly after the video was made. In spite of this, people leave her messages to do everything from exorcise their loved ones to find missing objects. She refuses all of this until the day she meets a man named Martin Martin (Barry Ward) whose daughter Sarah (Emma Coleman) is caught up in a Satanic possession spell.

The spell caster is named Christian, but he is anything but a Christian. As played by Will Forte, he’s one part one hit wonder musician looking to reclaim his glory days and nine parts Aleister Crowley, wearing a hooded robe, drawing pentagrams on the floor, reciting incantations, and using a phallic staff to find a virgin. Apparently, all of those rumors about Satanism in the music industry are one hundred percent true, at least according to this movie.

“Extra Ordinary” has a very likeable protagonist in Rose. It’s a comedic performance, but we can see early on the loneliness and isolation she feels around everyone, even her sister Sailor (Terri Chandler), and we feel for her. She’s a sweet woman who is just trying to get along in life and not be bothered when she is thrust into this dangerous situation. She’s an unlikely heroine to say the least.

Barry Ward steals the show for a bit in the final act of the movie. His deceased wife Bonnie is still very much a part of his life, choosing his shirts and smacking wardrobe doors into his forehead when he doesn’t agree. Bonnie is able to make herself physical by possessing Martin. Some of the most laugh out loud funny moments are when Barry Ward all of a sudden has a lit cigarette in his mouth and starts spouting off like a domineering shrew.

“Extra Ordinary” knows what it is and respects the foundation upon which it is built. There is a shot of Rose first arriving to the Martin house that is an homage to the famous shot of Max Von Sydow next to the lamp post in “The Exorcist.” Directors Mike Ahern and Enda Loughman linger on it for a few extra seconds to make sure you see it. Then there is a gooey substance called ectoplasm that has been discussed for over 100 years in spiritualist circles but made its way into pop culture through 1984’s “Ghost Busters.” A proper tribute is paid there too. There may be other nods here and there that I missed, and that’s fine. This movie isn’t one of those spoofs that has nothing better to do than retread scenes from more serious movies. It stands out on its own as an original story, and is an entertaining one at that. Rent it. 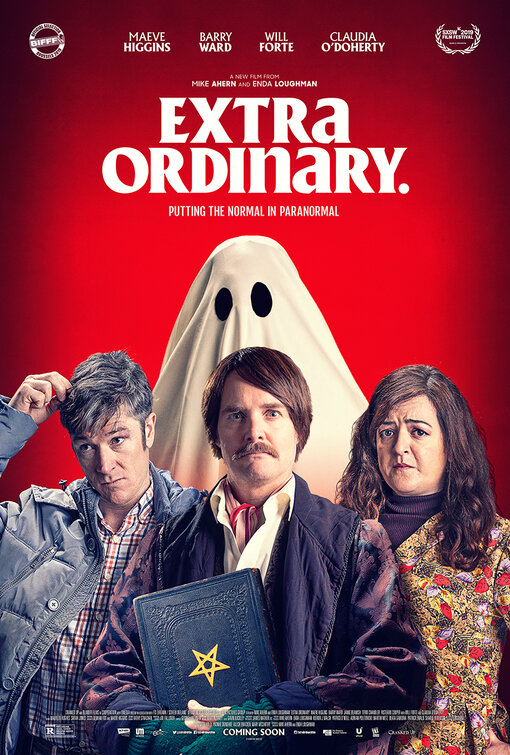 To comprehend the huge mistake made in crafting the story of “Robert the Bruce,” think about Dwight D. Eisehower. Eisenhower was a five star general and Supreme Allied Commander in World War II. He then went on to become president of the United States, was in office during the economic and baby booms of the 1950s, saw the U.S. through the beginning of the Cold War with the Soviet Union, and had a historical meeting with Soviet Premiere Nikita Khrushchev in 1959. Now let’s say that a movie about him glances over all of this and instead focuses on the couple months of Eisenhower’s heart attack and recovery in 1955. That’s essentially what “Robert the Bruce” does.

Robert, played by a bored looking Angus Macfadyen, is barely given anything to do in his own movie. This is the Scottish freedom fighter who took up the battle against the English after the death of William Wallace. He rallied the clans and lost many battles, but stuck with it and eventually won Scotland’s freedom and became king. That would be an awesome story–if it was told.

Instead, the movie begins with Robert giving up and telling his soldiers to go home. This prompts various people to chase after him for the fifty gold pieces the king of England put on his head. Robert gets shot with an arrow and makes his way to the isolated mountain house of Morag (Anna Hutchison) and her family. The only thing that makes this otherwise mundane family interesting is when more compelling characters walk into their lives. Robert, however, spends most of his time with them either unconscious or moping about. Worse, Morag tells stories about Robert to son Scot (Gabriel Bateman) that are way, way more interesting than anything that happens in this movie. I didn’t expect “Robert the Bruce” to be “Braveheart,” but I also didn’t expect the opportunity to tell Robert’s story to be wasted this haphazardly. Skip it. 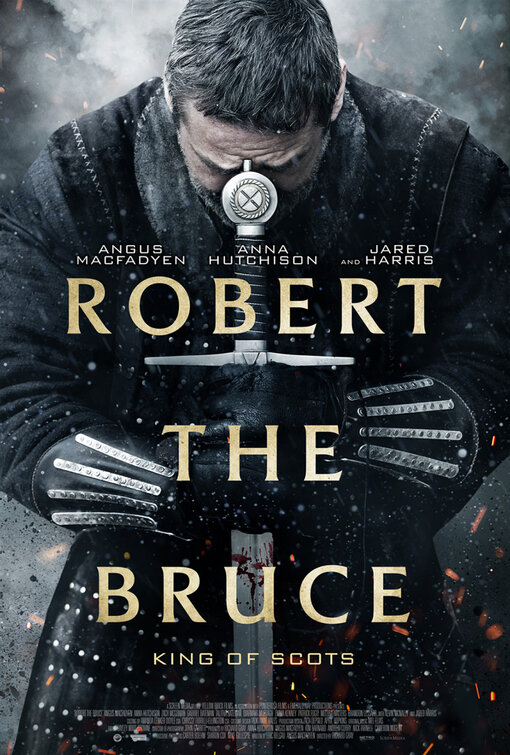 “Doom: Annihilation,” about a group of space marines as they respond to a distress call from a base on a Martian moon only to discover it’s been overrun by demonic creatures who threaten to create Hell on Earth, starring Amy Manson, Dominic Mafham, and Luke Allen-Gale.