blu-ray pick of the week: Everything everywhere All at once 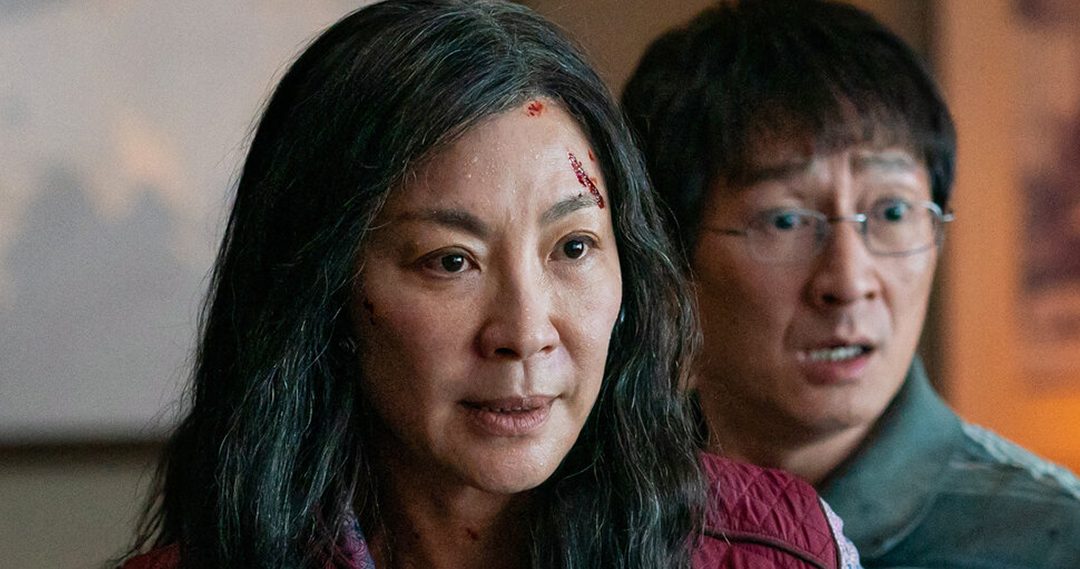 “Memory” and “Downton Abbey: A New Era” are also new to Blu-Ray this week.

Everything Everywhere All At Once

A common complaint about modern Hollywood is that it’s full of creatively bankrupt woke wankers who can’t do anything except take a pre-existing, decades old intellectual property and repackage it for modern day—but not with interesting characters and a compelling narrative. No, what’s more important than the story is the message, and not in a subtle, intelligent way either. It has to be done by ramming an emotionally manipulative agenda down audience’s throats. Then when they gag and reject it, attack them. Then even better, sit around and wonder why subscriptions are being canceled and stock is falling, but be sure to look anywhere except inward and double down even harder with the next project.

It’s no wonder so many have turned their back on Hollywood and the garbage they churn out. Audiences are left scratching their heads as to why they’re all the sudden being attacked by those they seek to entertain them, and asking themselves, “Where are the good movies? Are they still being made?” The answer is yes, but you have to look for them. One I hope you find is called “Everything Everywhere All at Once.”

There hasn’t been this much imagination and originality on screen since Christopher Nolan’s last movie (“Tenet”), except this one reels it in enough to be at least somewhat comprehensible. Michelle Yeoh stars as Evelyn Wang, a Chinese immigrant who co-owns a struggling laundromat with her husband Waymand (Ke Huy Quan). Evelyn’s chief problems are that Waymand wants to divorce her, she has to take care of her sick father (James Hong), she has a strained relationship with her daughter Joy (Stephanie Hsu), and she’s on the bad side of the aggressive IRS agent (Jamie Lee Curtis) who’s auditing the business.

In any other movie, this is more than enough struggle for one woman to take on. But in “Everything Everywhere All at Once,” it’s only the beginning. It turns out that every decision she’s made has created an alternate universe where she made a different decision. All the possible universes are threatened by the evil Jobu Tupaki (Hsu again), who created a giant bagel that can destroy everything and only Evelyn from this universe can stop her.

Yes, you read that right—a giant bagel. “Everything Everywhere All at Once” is food oriented with its imagination. References to bagels are sprinkled throughout the story, and the most amusing alternate universe is the one in which people have hot dogs for fingers and play the piano with their feet.

The screenplay by co-writers and co-directors Dan Kwan and Daniel Scheinert is creative, smart, and doesn’t feel the need to talk down to the audience and explain what’s happening at every turn. We’re given enough information to make sense of what we’re seeing, then we’re left alone to watch and figure some things out for ourselves.

“Everything Everywhere All at Once” never gets too heavy with the philosophy and drama, nor does it get too light on the action, which is well choreographed. It finds just the right balance between all of its story elements, and best of all, tells its story without trying to cram an overbearing message down our throats. This is some of the best counter-programming to woke Hollywood nonsense to recently come out, and a relief that great characters, exciting action, and intelligent, thought-provoking stories can still be made—and with any luck, will continue to be made. Buy it. 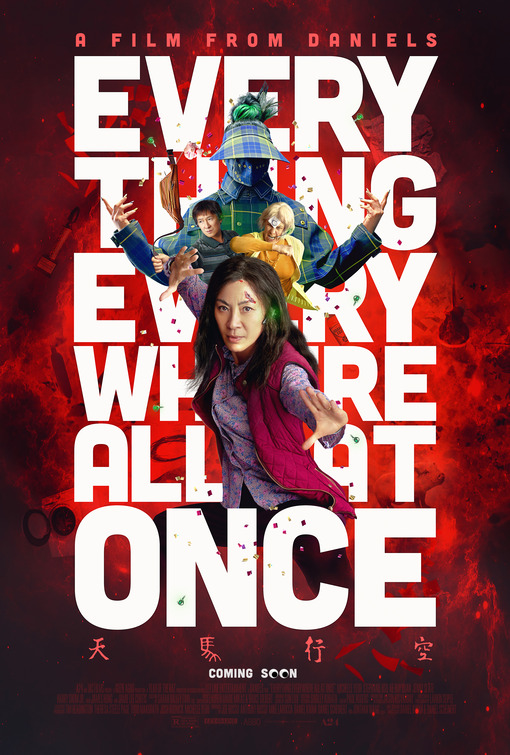 “Memory,” in which an assassin-for-hire finds that he’s become a target after he refuses to complete a job for a dangerous criminal organization, starring Liam Neeson, Monica Bellucci, and Guy Pearce; and “Downton Abbey: A New Era,” which continues the story of the series into the Jazz Age, starring Hugh Bonneville, Jim Carter, Michelle Dockery, Elizabeth McGovern, Maggie Smith, and Imelda Staunton.