Blu-Ray Pick Of The Week: Dolittle 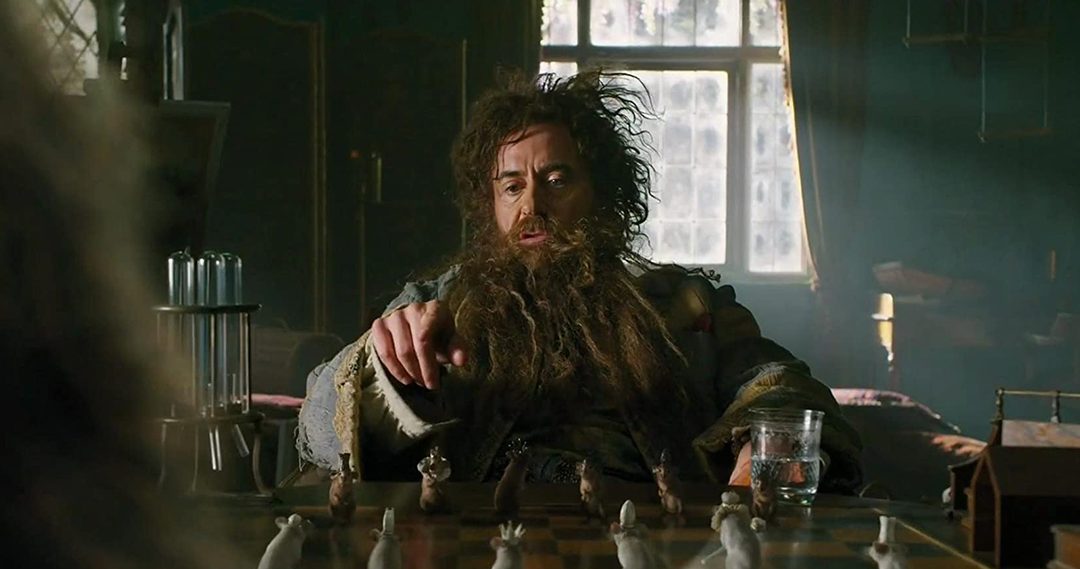 “Little Women” and “Cats” are also new to Blu-Ray this week.

I predict that in fifteen to twenty years, “Dolittle” will be remembered fondly as a classic. The how and why is because this movie delivers exactly what it needs to deliver for its target audience: Boys aged 7 to 12. “Dolittle” has an actor they already love in the title role—Robert Downey, Jr., who played the now iconic Iron Man—as well as talking animals, swashbuckling adventure, a dragon letting out a fart that would make Mel Brooks blush, and a gorilla kicking a tiger in the nether regions during a fight. It also has a little bit of romance, but not to the point where it’s too icky. As “The Princess Bride” taught us, boys this age don’t want a “kissing book”—or movie for that matter. I would say that “Dolittle” is to this generation what “The Goonies” was to my generation. They’re pitched at about the same level.

After an animated opening explaining how Dolittle’s animal sanctuary came to be, as well as the tragic story of his wife who supposedly died at sea (placing bets now on her miraculous return, should there be a sequel), we see Dolittle in his current state. He’s a bitter misanthrope who shuns contact with humans. His only companions are a menagerie of impressively rendered animals of a variety of species who all live in harmony. Anyone familiar with Dolittle lore, perhaps from previous movies starring either Rex Harrison or Eddie Murphy, will know that Dolittle has the ability to communicate with animals. In “Dolittle” it’s because they all have a language that can be learned and he learns it. More impressively, each species of animal learns the language of every other species. After all, how else could parrot Poly (voice of Emma Thompson) communicate directly with gorilla Chee-Chee (voice of Rami Malek).

As I was admiring this collection of furry and feathered creatures while also being amused at some character traits, such as the dog who needs glasses and the polar bear who is always cold, I couldn’t help but wonder how that place would smell in real life. Not that Dolittle would notice. Out of all of the creatures on the property, his mangy hair, unkempt beard, and dirty clothes betray the fact that he most likely smells the worst out of all of them.

I have to give credit to Downey for his accent. Given the Victorian London setting of the opening of Dolittle, I was expecting him to whip out his accent from the “Sherlock Holmes” movies. Instead, he hits us with a brand new Scottish accent, which he pulls off pretty well. At times I could swear it was Sean Connery saying some of the lines. This also makes sense character-wise, since the background of Dolittle is that he went to medical school in Edinburgh with his rival Dr. Blair Müdfly (Michael Sheen).

Müdfly is attending to Queen Victoria (Jessie Buckley), who has fallen gravely ill. Should she die, the property that Dolittle’s sanctuary sits on, which was granted to him by the queen, will fall into the hands of the British government and be closed down. The adult in me hears this and can’t help but think that this deal was not terribly well thought out. There is a major flaw in Dolittle being able to keep his sanctuary only so long as the queen is alive. After all, the queen will eventually die at some point, and what happens then?

Then the kid in me tells the adult in me to shut up, live in the now, and not worry about such things. The queen is sick and Dolittle must set sail with his faithful animal companions and new sidekick, a young boy named Stubbins (Harry Collett), on an adventure to a mysterious island while braving many dangers to find a special plant that is the only cure for her ailment. My advice is to listen to the kid. “Dolittle” is a fun, imaginative movie in which mundane logistics do not apply. Just roll with it, remember what it was like to be that age, Buy it, and in the future have a good time watching it over and over like you did when you were a kid. 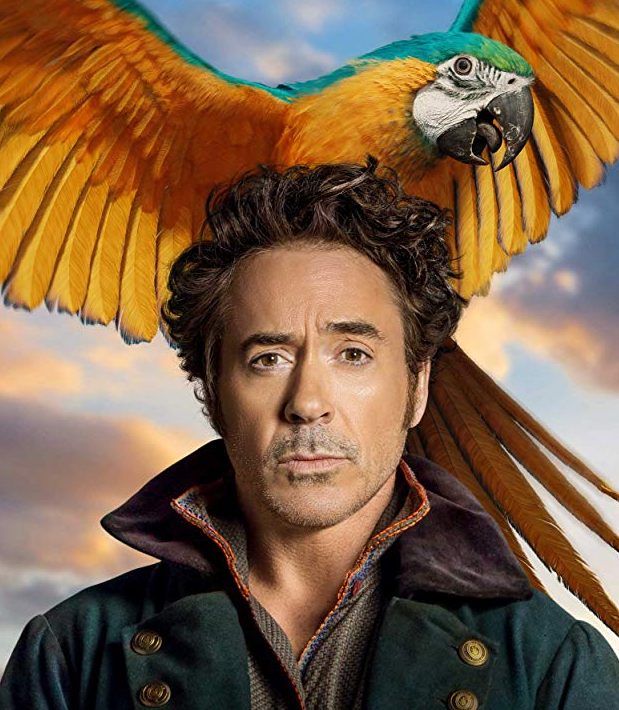 There is a thought provoking moment in the opening of “Little Women” in which publisher Mr. Dashwood (Tracy Letts) tells writer Jo March (Saoirse Ronan) that people want to be amused, not preached at. Or as the old quote—attributed to so many different people no one knows who first coined it–from the golden age of Hollywood goes: “If you want to send a message, call Western Union.”

This is as true today as it was then. Hollywood should dust off this sage bit of wisdom and apply it to the political screeds masquerading as movies that they release today. This movie’s writer-director, Greta Gerwig, adapting the beloved Louisa May Alcott novel, should take this advice as well. Though to her credit, she doesn’t preach so much as she jabs with a comment here and there, like when March mother Marmee (Laura Dern), whose husband is fighting for the Union during the Civil War, says she’s ashamed of her country, or when Jo lectures her mother (and the audience) about how women have ambition too. Note to Greta: We don’t like to be jabbed at either.

We also like clarity in our storytelling. “Little Women” is a story told in two time periods. One is of the younger March sisters—Jo, the writer; Amy (Florence Pugh), the painter; Beth (Eliza Scanlen), the musician; and Meg (Emma Watson), the actress—living together in happy, carefree times. The other is years later, after the carefree days are swept away by the unforgiving currents of time and change and each sister has gone her own way. The movie shifts back and forth with reckless abandon, which at times is jarring. It doesn’t help that in both time periods, the women all basically look the same, as do other characters like Marmee, neighbor Mr. Laurence (Chris Cooper), and wealthy Aunt March (Meryl Streep). There are hair and costume changes here and there to help, but at a few points I found myself several minutes into a scene before I realized that the movie had shifted time periods.

There is an assist to the time period shifts attempted by Gerwig and cinematographer Yorick Le Saux. The later, post-Civil War scenes are lit with a standard color temperature, while the idyllic days of yore are bathed in an orange, candle lit glow. The problem with this method is that it is too subtle. It does not work at all in outdoor settings, and only sometimes works indoors with controlled lighting and not too much natural light shining through a window.

That said, the story of the March sisters and their tale of loves lost and found while on their transition from girlhood to womanhood is a timeless one. We get to know these sisters well enough to care about who they are, where they will go, and what it will mean. Technical issues and jabs aside, the foundation of the story is rock solid and relatable, even if the end is a bit muddled since Gerwig wants to have it both ways by trying to please those who like sappy romance as well as those who like rigid consistency. Rent it. 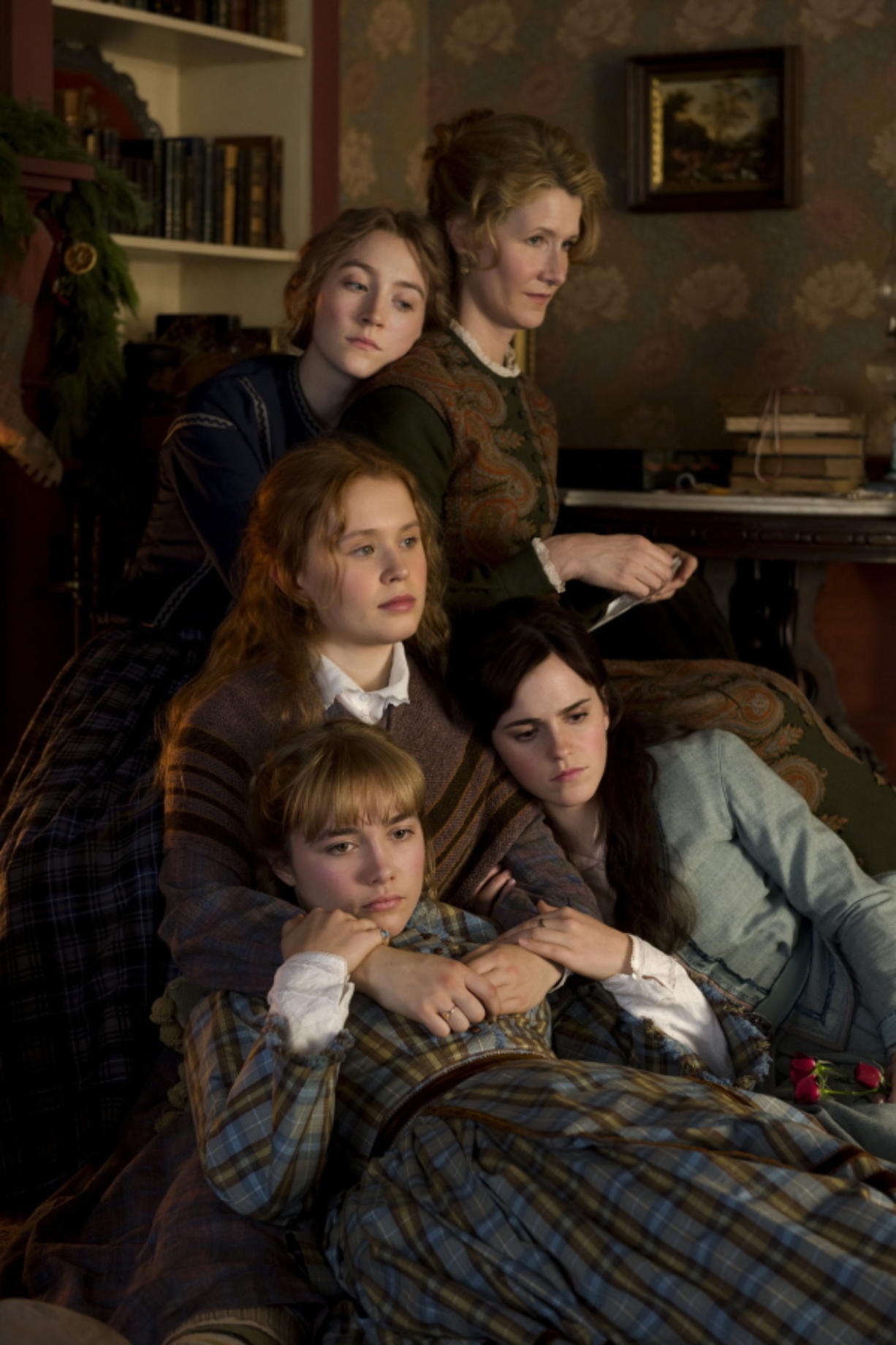 Oh well I never…thought that I’d see “Cats.” As a kid in the ‘80s I vividly remember seeing advertisements that Andrew Lloyd Webber’s Broadway musical “Cats” would be playing “Now and forever at the Winter Garden theater.” Apparently, they meant “forever” in the same sense that “forever” is used to describe half of all marriages. Though in fairness it did run for 18 years, closing on September 10, 2000, after 7,485 performances. Still, that isn’t “forever.”

The Broadway show always had its fair share of critics who hated it in spite of its seven Tony wins. Audiences were split on it as well in terms of either loving it or hating it, with very little middle ground.

Allow me to be the middle ground, minding that I am reviewing this 2019 movie version of “Cats” and have not seen the stage production. Not gonna lie. Still bitter. “Forever” my ass. Anyway, haters gonna hate, and I think that this musical version provided another excuse for the haters to come out of the woodwork and bash the movie the same as they bashed the stage production decades ago. Then of course even fans of the stage show are apprehensive about defending the movie since to them, as always with these adaptations, the constant refrain is, “It was better on Broadway.”

Now that the background is out of the way, I have to note that there is a lot to like with “Cats.” The sets are bright and extravagant and provide the dancers a great space to maneuver in. The songs are catchy and well performed, and there is a cat-like, balletic grace to the dance routines that is accentuated by the form-fitting costumes and tails that seem to have a mind of their own. In short, it looks and sounds great—a true feast for the eyes and ears, brought forth with what was clearly a lot of hard work and imagination.

My problem with “Cats” is the story—or lack of one. We meet Victoria (Francesca Hayward), a cat who was callously abandoned in a London alley. She serves as our avatar into the world of “Cats,” as who the Jellicle cats are and what they are doing that night is explained in a catchy song and dance number. We’re also introduced to Macavity (Idris Elba), a bad kitty who doesn’t deserve any nip for his behavior this evening.

But the introductions never end. One song after another, after another, after another just introduces a new cat who is trying to win the favor of Old Deuteronomy (Judi Dench) and be chosen to ascend to the Heaviside Layer and come back to a new Jellicle life. It’s two acts of endless exposition, only occasionally broken up by the underhanded schemes of Macavity or the plight of outcast Grizabella (Jennifer Hudson). There is a good variety to the song and dance performances, including a very enjoyable tap dance number by Skimbleshanks the Railway Cat (Steven McRae). The performances are colorful and energetic but ultimately pointless since we meet them and just move on to whoever is next. I appreciate the production and the spectacle, but the shallowness of the story renders it underwhelming as a whole. Stream it. 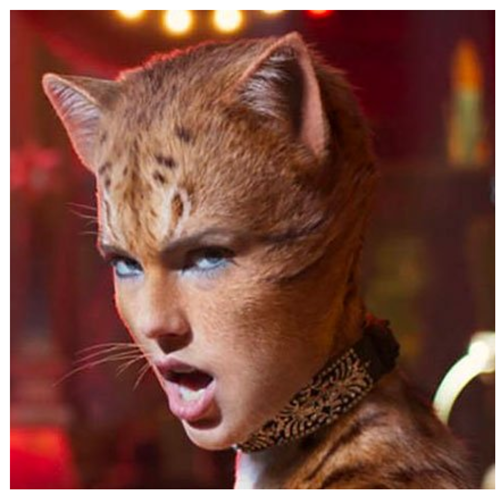 More New Releases
“Escape from Pretoria,” in which two white South Africans, imprisoned for working on behalf of the ANC, determine to escape from the notorious white man’s “Robben Island,” Pretoria Prison, starring Daniel Radcliffe, Ian Hart, and Daniel Webber.
Andrew Hudak is a lifelong film lover. His column on Blu-Ray new releases appears every Tuesday. He lives in Connecticut.