“We Summon the Darkness” is also new to Blu-Ray this week.

Say the numbers “40” and “41” to a Chicago Bears fan and it’s an almost sure bet they’ll know who you mean. For the rest of us, these numbers belong to Gale Sayers and Brian Piccolo, two running backs for the Bears who both came to the team in 1965. In “Brian’s Song,” a made for TV movie that aired on ABC in November of 1971, Sayers is played by Billy Dee Williams and Piccolo is played by James Caan. But the movie is about more than football and teammates. It’s about deep bonds of friendship.

Not that it started out that way. As the opening narration by legendary Bears founder, owner, and head coach George Halas (Jack Warden) states, the differences between the two men are more than skin color. Their personalities are different too. Sayers is quiet and reserved. Piccolo is more outgoing and extroverted. Piccolo also has a devilish streak in him. As Sayers arrives to training camp and is about to meet Halas for the first time, Piccolo tells Sayers that Halas is deaf in his left ear, so he should always be on Halas’s right side. The following scene with Sayers and Halas is good for a few chuckles and is a great ice breaker for the varying “You’ll laugh; you’ll cry” balancing act the movie plays tonally. It should be noted that as reserved as he may be, Sayers knows how to use mashed potatoes for pay back.

There are several key moments in “Brian’s Song” that push these two opposites in almost every way to become good friends. The kickoff—pun intended—moment is when they start rooming together. The idea is that players should room by position, regardless of race. Since Sayers and Piccolo both play the same position, they should be in the same room. This mixed-race rooming would be a first for the NFL. While this idea is supported by Halas and assistant coach Ed McCaskey (David Huddleston), both white, the one proposing it is a black defensive back and team captain named J.C. Caroline (Bernie Casey). In one of the more telling signs that this movie was made in 1971 and not 2020 and therefore is not entirely obsessed with race, the only major scene discussing the race issue is the one in which Caroline explains the risks of this arrangement to Sayers for both blacks and whites. Sayers agrees to do it.

Piccolo gets a letter from an irate fan who questions if he was raised properly since he agreed to room with a black man. He just laughs it off in typical Piccolo style. He knows there are people like that out there, as does Sayers, and they are not going to let those people get to them. This moment sets a precedent for the rest of the movie, in which the ridiculousness of racism is mocked and ridiculed. One of the most upbeat and lighthearted scenes is when Piccolo tries to motivate Sayers during a training session by calling him the n-word. Both men start laughing so hard that they can’t finish the work out.

Watching scenes like this, funny as they are, also makes me a bit sad when put in modern day context. It makes me realize how far we’ve regressed as a society and how much we’ve lost as a culture. The silver lining is that “Brian’s Song” is coming out on Blu-Ray and features two men that can be used as examples of what we need to gain back. Both of them have thick skins, are secure and confident in who they are, and are able to recognize and take a joke. They are also able to put their differences—racial and otherwise—aside and care for each other as human beings. This movie may have been made almost fifty years ago, but the lesson in it is one that is sorely needed today. Buy it. 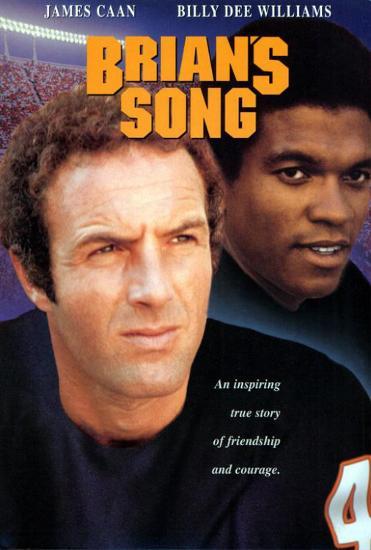 We Summon The Darkness

I miss Jolt cola. Sure, it was a liquid bomb of caffeine and sugar that took already bad soda pop and made it even less healthy than it already was, but for me back in the ‘80s, it was a treat. I used to ride my bike for around three miles to a local gas station just to get it. It was my reward and I enjoyed every sickly-sweet minute of it.

There is a scene in “We Summon the Darkness” in which our three female metalhead protagonists Alexis (Alexandra Daddario), Val (Maddie Hasson), and Beverly (Amy Forsyth), go into a gas station on their way to a concert. The year is 1988. Metallica’s “…And Justice for All” is due to be released in a month. Jolt cola is stocked in the gas station. Seeing that made me miss those times. Seeing “We Summon the Darkness,” however, only made me miss good movies.

It also made me miss movies that aren’t written by hacks using tired tropes. There are many tropes that hacks use—all business people are bad, all bar scenes in action movies end in fights, all cops are authoritarian pigs, the only physical abusers in relationships are the men and never the women—but one of the most egregious is the “hypocritical Christian” trope. It’s just so overdone to the point where its predictability is boring. Perhaps some of this is best explained in an open letter.

Dear Hollywood: We out here in the real world get that you hate Christianity. We understand that Christians must be portrayed as at best hypocrites but more than likely will be portrayed as murderers and sociopaths. We know that you need to push anti-religious cultural Marxism in order to advance in the Hollywood hierarchy. For our part, we can either not watch such movies or watch them with the knowledge of what we are getting into, then laugh at these movies to keep from being bored by the rote mundanity with which you drive your tiresome points home. Even with such low expectations, the least you can do is provide a sensible plot, a vaguely coherent story, or at least mildly interesting characters. We may still slough off the trite messaging of your movie, but can at least appreciate the craftsmanship. Thank you for your consideration.

“We Summon the Darkness” has a plot that defies all logic. The most interesting character trait belongs to Val, who has a weak bladder and has to pee a lot. The movie shoots for the fences with its story twist, but strikes out. After the big reveal of what is really happening is made, the more it is explained the cringier it gets. The motivation is weak and the premise is weird. If you want to hate on Christians, at least do it with some dignity.

Also, a nitpick—but one the movie deserves. “We Summon the Darkness” tries so hard to be 1988. The vehicles, the clothes, the hair, the makeup, the technology, Jolt cola—all of it is spot on for its time. So how did they manage to overlook the money? There is a scene in which a character pulls out some $100 bills and they look like the $100 bills of today, which is not how they looked in 1988. All that research and attention to detail, and this is where they drop the ball? But again, this is just a nit I had to pick. Anachronistic cash is the least of this movie’s problems. Skip it. 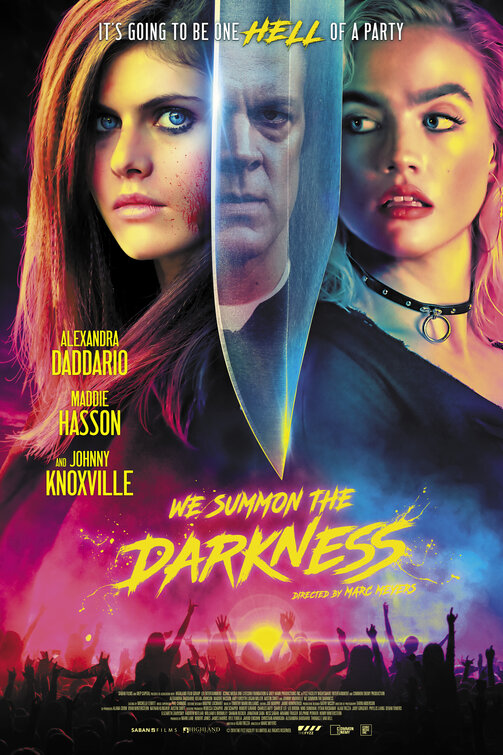 “The Hunt,” in which ruthless elitists gather at a remote location to hunt humans for sport, starring Betty Gilpin, Emma Roberts, Hilary Swank, and Ethan Suplee.