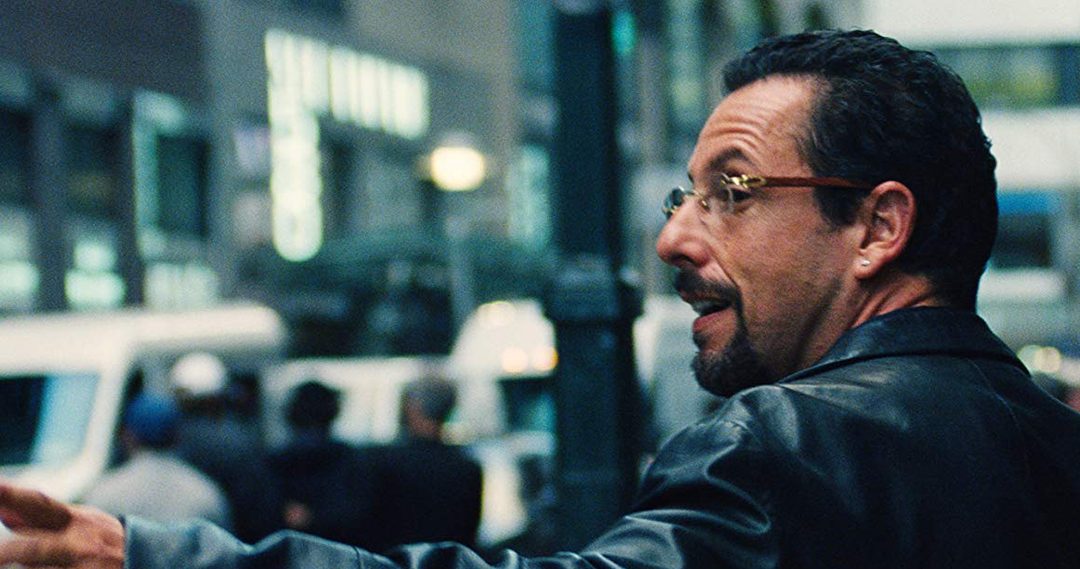 “Charlie’s Angels” and “Bombshell” are also new to Blu-Ray this week.

Uncut Gems
Adam Sandler can act when he wants to. The general problem with his career is that he does so many lackluster comedies that it is easy to forget that the annoying goofball/nice guy schlub from movies like “The Waterboy” or “Pixels” is the same guy who provided profound emotional gravitas in “Punch Drunk Love” (not affiliated with this Web site) and “Reign Over Me.” When those movies pop up amongst the comedies that he basically sleepwalks through it’s a revelation, though it really shouldn’t be.

“Uncut Gems” is one of those revelations. Sandler plays Howard Ratner, a New York City jewelry dealer who specializes in high end merchandise as well as cheap knockoffs, depending on the buyer. The movie points out that Ratner is Jewish, though if you ever walked down West 47th Street in Manhattan, you’d know that this goes without saying. Part of what I love about “Uncut Gems” is that being Jewish is a small part of who Ratner is as a character. He makes some Jewish comments here and there and attends a scripture reading with his family at Passover, but that’s it. In today’s identity politics driven Hollywood, it’s refreshing to see a high caliber independent movie such as this go deeper than the usual superficial level of the bigger budget productions. Ratner is a jeweler, a family man, a philanderer, and most importantly of all, a gambler. These are his most chief and relevant characteristics. Being Jewish is somewhere in the background. The movie’s directors, Benny Safdie and Josh Safdie, who co-wrote the screenplay with Ronald Bronstein, are aware of this and I give them major kudos for focusing on what is actually important about a character. Hollywood should learn a lesson from them.

Back to Sandler, since this is a character driven movie, and an extremely well-crafted one at that. I can see “Uncut Gems” being discussed in film or writing classes as the textbook example of the character-driven story, in which the events of the movie derive from the main character’s actions (or lack of), and which stands in contrast to the plot-driven story, in which events happen because they have to in order for the story to go in a certain direction and character is secondary. It’s clear from early on that Ratner has a gambling problem and is in deep with his bookie brother in law Arno (Eric Bogosian). It’s hard-wired into Ratner. There’s a high he gets from taking a risk and succeeding that can only be properly described as orgasmic. He’s a schemer and a player, always chasing that feeling. Sandler brings a nervous energy to the role that conveys the pins and needles feeling of his character as he waits anxiously to find out if he’s hit a big score or not. If this is the type of acting Sandler can do, I say give me more—please!

“Uncut Gems” is best described as two and a quarter hours of high stakes, emotionally intense chaos. But it’s a controlled chaos. The direction by Safdie and Safdie is clear and well-paced, even when there are three or four things happening all at once in one scene. It’s also one of the rare movies that is truly unpredictable. Since there is so much going on in Ratner’s life, and because each scene is so chock full of demands on him, his fate—in terms of life, love, money, fatherhood, and all of the other important things to him—is really and truly up in the air. Rent it and see how things turn out for him. 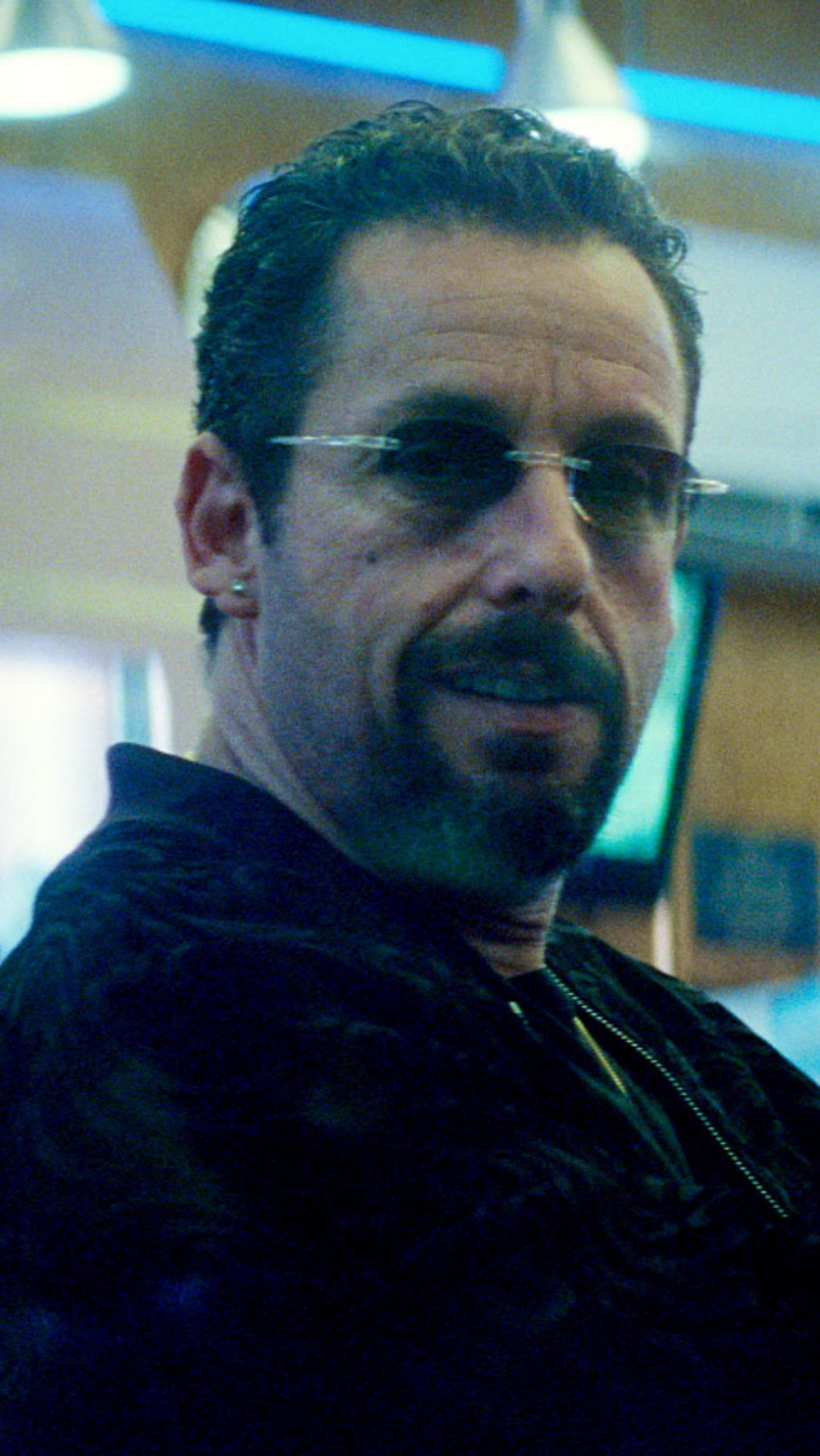 Also New This Week
Charlie’s Angels
Sometimes the rumors are true, the buzz is accurate, and the box office is just: “Charlie’s Angels” is a bad movie. It deserved to tank upon its release because no one outside of movie critics and sadists should have to endure it. This is a shallow, soulless waste of time.

However, its biggest sin is not its most obvious one. That would be the cringey social justice warrior pandering on display in the movie’s trailer, reinforced by some ill-advised public comments directed toward men made by director Elizabeth Banks, who plays Bosley. If Hollywood was looking for an answer to the question of what happens when you direct a movie no one asked for and then alienate half of your potential audience, “Charlie’s Angels” is it.

The SJW aspects I can look past if the movie is at least competently made. This is where “Charlie’s Angels” has its real problem. Banks doesn’t seem capable of making a fun action movie. I know she can be a good director. She directed “Pitch Perfect 2,” which is my favorite of the trilogy. But that movie’s script had funny jokes and scenarios going for it. This movie, which Banks wrote, does not. Any attempts at humor fall flat and there is way too much walking and talking for an action movie. Further, any action we do get is bland and lacks suspense. To say that the fight scenes with Angels Sabina (Kristen Stewart) and Jane (Ella Balinska) involve some generous choreography and very, very accommodating stuntmen to make them look good is an understatement. There is a decent car chase involving a bad guy named Hodak (Jonathan Tucker) that is the best thing in the movie, but this five minutes does not make up for the dreck that is the remaining hour and 53 minutes of this movie’s run time.

Worst of all, scenes like the one that takes place at the technology lab and work place of new Angels recruit Elena (Naomi Scott)–in which some Keystone Cops-esque security guards try to track her down and keep getting fooled–goes on for way, way too long and is just not fun or interesting. I think the attempt was for it to be a “Mission: Impossible” or “Oceans Eight” type scene of trickery and intrigue, but the guards being so buffoonish make it boring. So, so boring, as if this movie is just spinning its wheels—which it is doing. A growing sense of impatience to just get on with it is never a good thing regardless of genre, but especially for action movies.

One more problem: A lack of humanity. Throughout “Charlie’s Angels” innocent workers and security guards need to be neutralized for the Angels to proceed with their mission. They have a couple of non-lethal methods to do this, which is good, but then the Angels make jokes about how some of them might not be okay. There’s even a scene in which Sabina and Jane toss an unconscious security guard out of a window for a twenty foot drop. The movie tries to play it for laughs, but it’s not funny. Anyone with any sense of decency will find it horrifying, unnecessary, and cruel. These aren’t Charlie’s Angels. These are Charlie’s A-holes. Skip it. 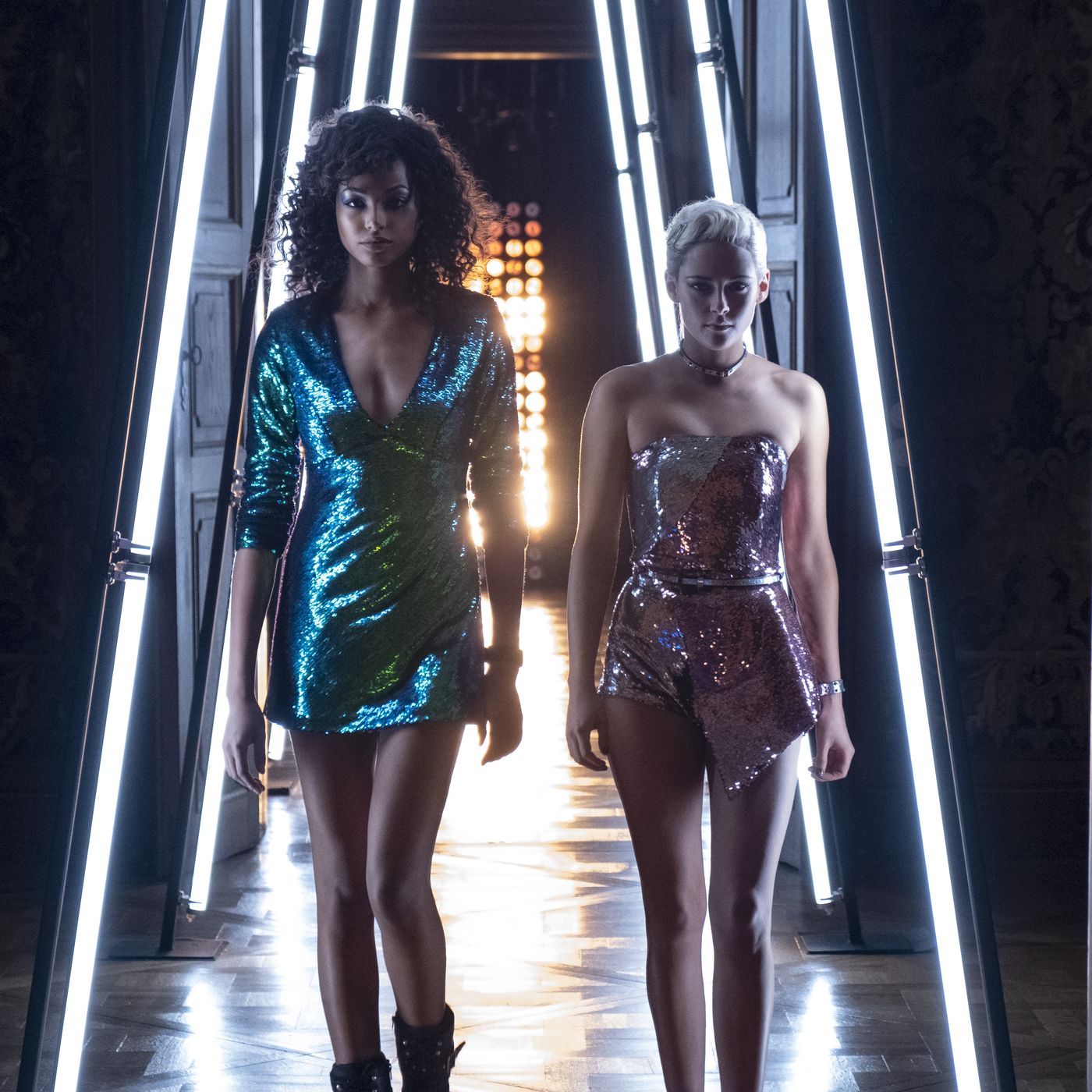 Bombshell
I have to give writer Charles Randolph and director Jay Roach some credit for their savvy and self-awareness. They must have known before making it that a movie like “Bombshell” would be perceived as a left-wing Hollywood hack job on a right-leaning news organization. As a result, that is exactly what they made and went for it with full gusto. After all, why hide or try to pretend, especially when the movie is a fictionalized account and not a straight up documentary?

After the first half hour, which is a cartoonish caricature of Fox News that is impossible to take seriously, Randolph and Roach exorcise their clear case of Trump Derangement Syndrome as they settle into the story: The sexual misconduct allegations made by Gretchen Carlson (Nicole Kidman), Megyn Kelly (Charlize Theron), and others including relatively lesser known Kayla Pospisil (Margot Robbie) against Fox News founder Roger Ailes (John Lithgow). This is where the politics are wisely put to the side to tell the story of the women who came forward and brought down a titan of industry. It’s actually a compelling tale, timely and reminiscent in light of subsequent accusations against other famous media faces like NBC’s Matt Lauer and Chris Matthews, or Miramax co-founder Harvey Weinstein. I won’t hold my breath for leftist Hollywood to put out such hit pieces as “Bombshell” against fellow leftists, but the stories are so similar that I don’t have to. All anyone has to do is replace Fox with NBC and replace Roger Ailes with either Lauer or Matthews, and the tale is about the same. That, I think, is part of the point of “Bombshell.” This can happen to anyone, by anyone, and anywhere. And it has to stop. Stream it. 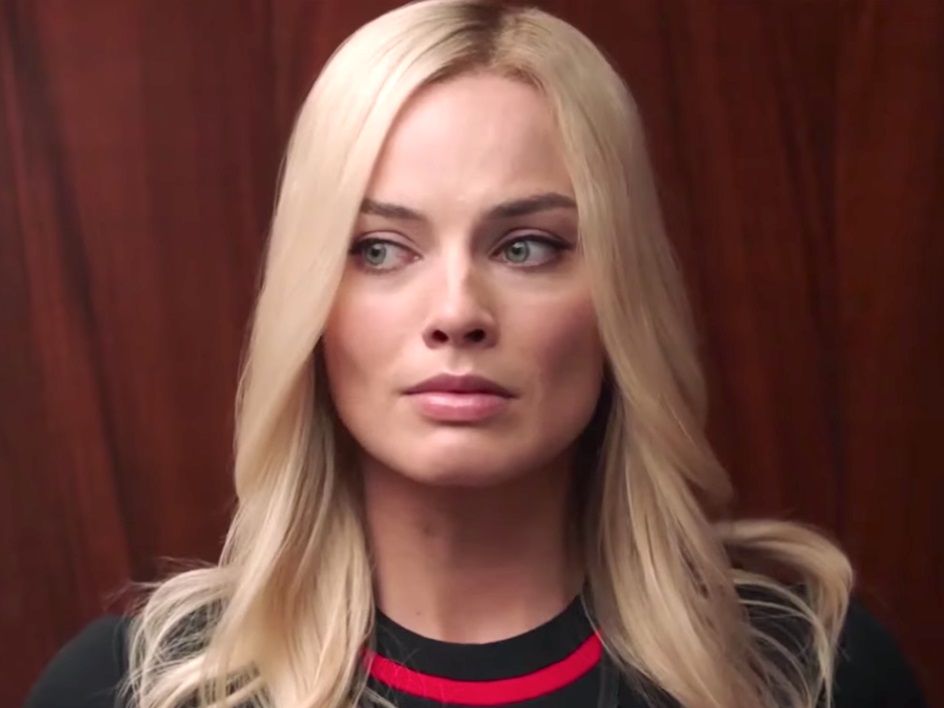 More New Releases
“Spies In Disguise,” animated story about a super cool and charming spy and the other guy who makes his gadgets, featuring the voice talent of Tom Holland, Will Smith, Karen Gillan, Ben Mendelsohn, Rashida Jones, and Masi Oka; and “Super Bowl LIV Champions: Kansas City Chiefs,” a Blu-ray to help you preserve the memories of the Chiefs’ championship season.
Andrew Hudak is a lifelong film lover. His column on Blu-Ray new releases appears every Tuesday. He lives in Connecticut.