Blu-Ray Pick of the week: Uncharted 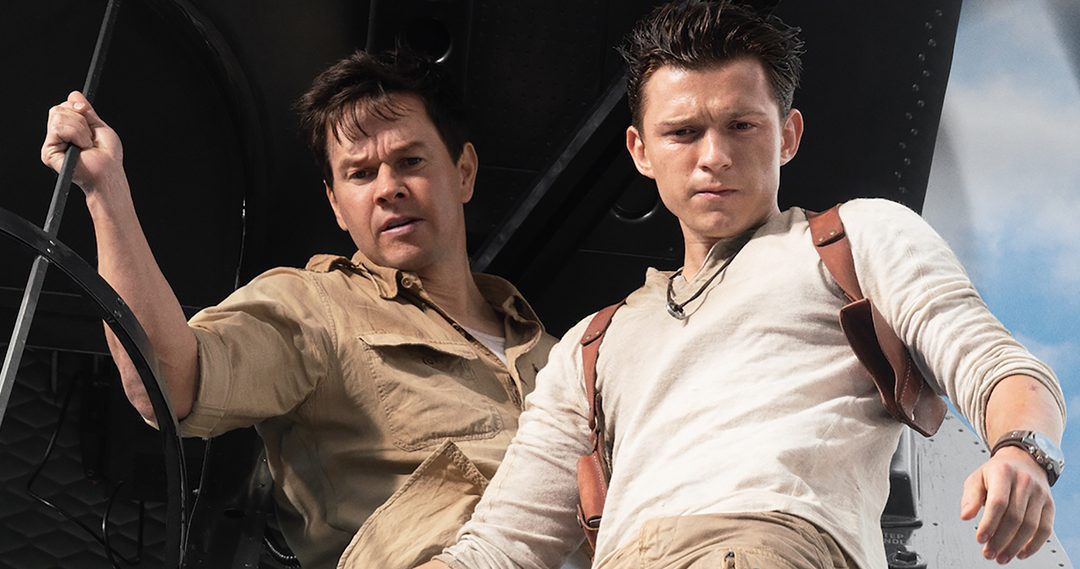 “Dog” is also new to Blu-Ray this week.

Nintendo has Mario. Sega has Sonic. Microsoft has Master Chief. Sony, for their video game console Play Station, has Nathan Drake, protagonist in their numerous “Uncharted” games. So who better than good ole reliable Nathan to kick off a movie franchise—and potential cinematic universe, but let’s not get too far ahead of ourselves—for Playstation Productions.

In video game terms, Nathan is a male Lara Croft. But this is a movie, so I’ll describe him as a young Indiana Jones. “Uncharted” plays like an Indy adventure with a little bit of “The Goonies” thrown into the mix. The character of Nathan Drake himself, played by Tom Holland with the same doe-eyed innocence with which he imbues all of his characters, is less like an archaeologist, which he isn’t, and more like a free-spirited adventurer looking for treasure, which he is. In short, he’s like one of the kids from “The Goonies” a little more grown up and still looking for pirate booty.

The fact that this time it isn’t pirate treasure but rather the treasure of Portuguese explorer Ferdinand Magellan, forever famous for being the leader of the first expedition to circumnavigate the globe, is a technicality. The ships are the same and treasure is treasure. But at least we get some history to go along with our adventure. This is where the “Indiana Jones” influence comes back in.

The members of the Goonies all had each other, and Indy never went on his quests alone. In Nathan’s case, he has not so trusty companions Victor Sullivan (Mark Wahlberg) and Chloe Frazer (Sophia Ali). Their complete mistrust for each other keeps the story compelling. It’s bad enough that Nathan has to face down rivals like the ultra-wealthy Santiago Moncada (Antonio Banderas) and his henchwoman (Tati Gabrielle), but he also has no idea when his supposed friends are going to get greedy and screw him over so they can hog the treasure for themselves. It’s a classic case of “with friends like them, who needs enemies?”

The true excitement in “Uncharted” comes from the action scenes. It opens with a whopper, as Nathan dangles from cargo netting hanging off a plane thousands of feet in the air. He has to dodge attacking baddies, falling crates, and a very nice red car in order to survive his ordeal. It’s a good thing this man is so athletic and nimble. He reminded me very much of Holland’s previous “Spider-Man” co-star Jake Gyllenhaal in 2010’s “The Prince of Persia” with the way he moves, swings around, and hops over obstacles so effortlessly. This is the opening attention grabber before “Uncharted” flashes back and we see the events that led up to that moment.

“Uncharted” may not innovate and break new ground in the action genre, but it doesn’t have to. What’s there is executed very well, with bits of humor thrown in to remind the audience that it’s all in good fun. Nathan is likeable, has a love of history, and a very good memory. Nathan, Victor, and Chloe all have great chemistry together and it’s a joy to watch them banter. If there’s anything to slight a pure entertainment movie like “Uncharted” for, it’s that I found the mysteries and the puzzles leading up to finding the treasure more than a bit convoluted and ridiculous. But that didn’t spoil the fun. Rent it. 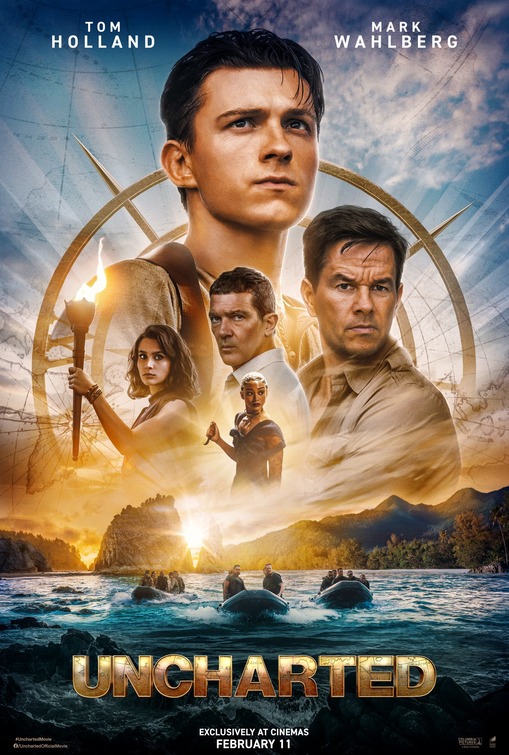 “Dog,” in which an army ranger and his dog embark on a road trip along the Pacific Coast Highway to attend a friend’s funeral, starring Channing Tatum; and “The Cursed,” set in the late 1800s, in which a man arrives in a remote country village to investigate an attack by a wild animal but discovers a much deeper and sinister force that has the manor and its townspeople in its grip, starring Boyd Holbrook, Kelly Reilly, and Alistair Petrie.