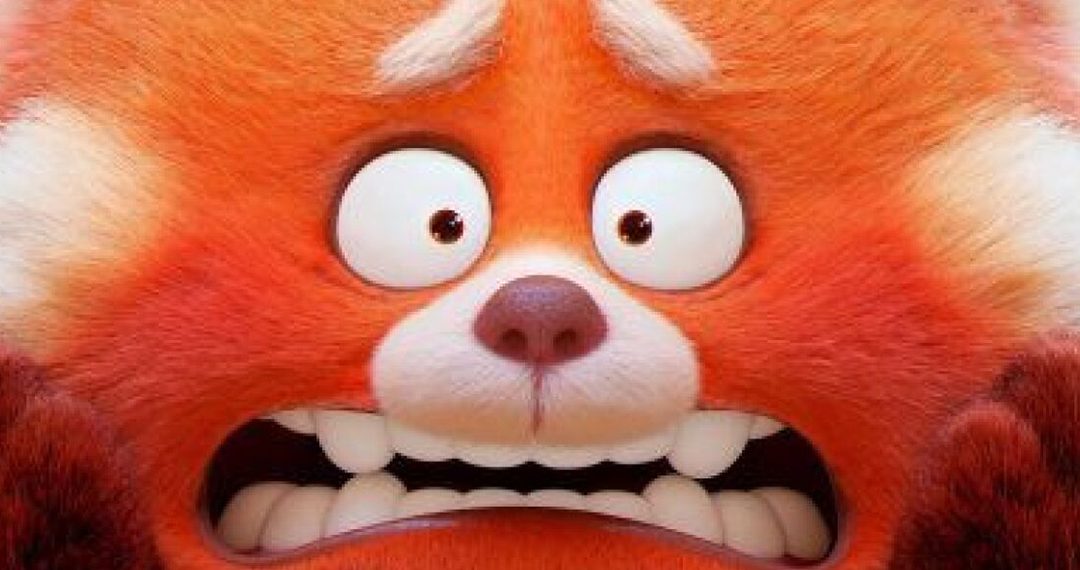 “Blacklight” is also new to Blu-Ray this week.

Sometimes I like being wrong. When Disney/Pixar’s animated feature “Turning Red” first begins we’re introduced to thirteen-year-old Meilin (voice of Rosalie Chiang) and I thought she was going to be insufferable. She’s exactly the kind of bubbly, energetic, super smart, overly talented overachiever that makes me want to bang my head against the most durable surface I can find. Then, thank goodness, there are other characters, like bratty Tyler (voice of Tristan Allerick Chen), who express their disdain for her. I suddenly felt un-isolated, like if I were in Meilin’s class, Tyler and I would be buds.

Then “Turning Red” takes it even further and shows us what a flawed and imperfect person Meilin is under her chubby cheeked smile and perky attitude. She’s a regular, hormonal, human girl after all, complete with drawing pictures of boys she likes, being really into boy bands (the only reason I can think of for “Turning Red” to take place in 2002, at the height of boy band hysteria), and being completely embarrassed by mother Ming (voice of Sandra Oh), who in all fairness flies off the handle and undeservingly excoriates others in an over the top way.

Blossoming womanhood, raging hormones, and mother issues aside, Meilin has another issue: whenever she gets excited, she turns into a big, red panda bear. There is a story driven, background family history reason for this happening, but of course those who want to analyze “Turning Red” on a deeper level can see it as a metaphor for the worries and fears that come with changing from a girl to a woman. And why not? “Citizen Kane” had a sled that represented lost childhood innocence. I’ll let “Turning Red” have an animal metamorphosis represent puberty. That, plus for folks who don’t like to do the deep thinking, a smattering of menses jokes that were surprising to see in a PG-rated kids movie. Not that it’s bad to include them, it’s just that I’m sure some parents may have some explaining to do.

In an estrogen heavy movie like “Turning Red,” it’s easy to criticize it for underwritten male characters, so I will. Yes, the male characters in “Turning Red” absolutely are underwritten. They’re other objects of desire or annoying jerks. The one exception is Meilin’s dad, Jin (voice of Orion Lee). He spends most of the runtime in the background, cooking dinner and hopping to when one of the women in his life gives him and order, but—and this is a big but—he has arguably the most important scene in the movie. There comes a point where Meilin is at a crossroads and has to make a very important decision that will impact the rest of her life. He doesn’t tell her what to do, but rather gives her his opinion and offers some gentle fatherly advice. It’s this advice that impacts who Meilin decides to be and impacts the events that follow.

Generational issues are also explored in “Turning Red.” Much like Meilin is constantly worried about pleasing her mother Ming, in turn, Ming is constantly worried about pleasing her mother/Meilin’s grandma (voice of Wai Ching Ho). The pressure is enormous and never leaves, no matter how much time goes by. I’ve never been a blossoming young woman who gets a lot of pressure from her mother, but I have a feeling that I know a little bit about it now that I’ve seen “Turning Red.” Rent it. Also available on Disney+. 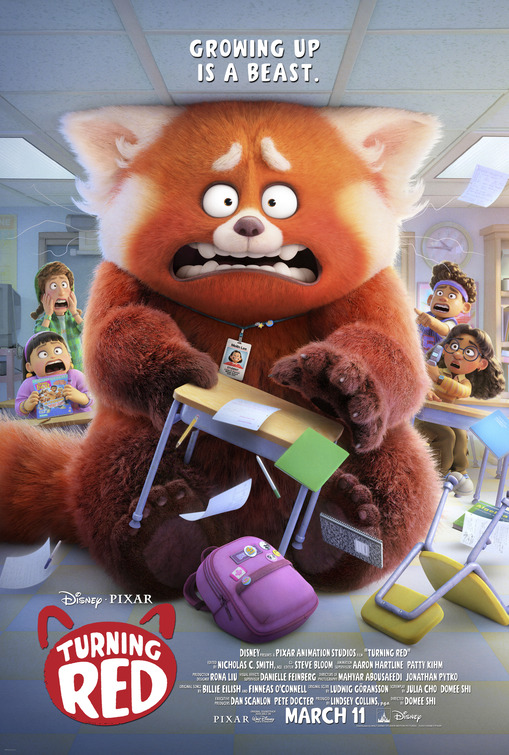 I like Liam Neeson in action roles. I always will. For the most part, I’ve enjoyed his movies and I look forward to seeing more. There have been, however, some stumbles along the way. The pathetic “Taken 3” and the putrid “Cold Pursuit” come to mind. I can now add another one to the list: “Blacklight.”

The plot is the definition of formula action. Off the books FBI agent Travis Block (Neeson) is the best at what he does, which is getting other agents out of tight spots. We first see him in action doing just this against some racist rednecks, the go-to boogeymen of today. Then he’s called in by the FBI director (Aidan Quinn) to help a young agent (Taylor John Smith) out of a jam. The young agent, however, is keen to talk to an eager young reporter (Emmy Raver-Lampman), and his bombshell revelations could blow the lid off a shadowy government cabal.

I will award you no points for guessing who is at the head of this conspiracy. It’s that predictable. I think writers Nick May and Mark Williams (who also directed) knew this too, since the revelation is made halfway through the movie instead of being saved for the big non-surprise it would be at the end.

I also think they wrote themselves into a corner and had no ending. How else to explain, the pat, simplistic, way too neat and tidy ending? It’s terrible. A by the numbers movie like “Blacklight” needs to wow at the end in order to garner any sort of last minute goodwill. Unfortunately, it does the opposite of that. Skip it. 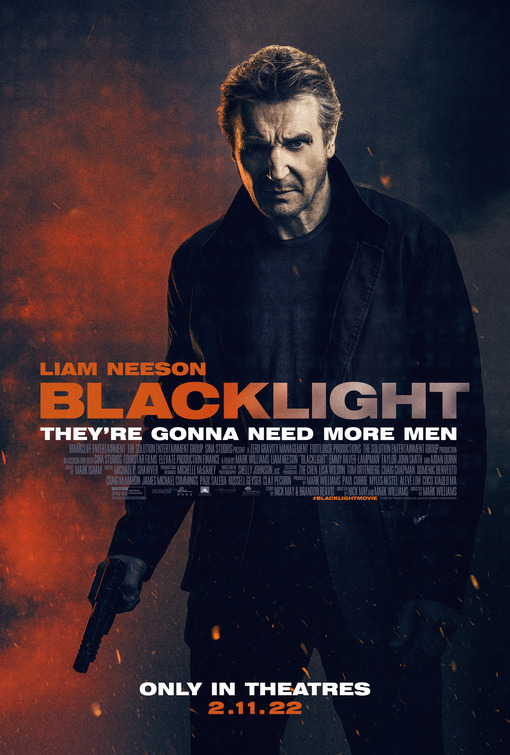 “Tom Clancy’s Without Remorse,” in which a Navy SEAL goes on a path to avenge his wife’s murder only to find himself inside of a larger conspiracy, starring Michael B. Jordan, Jodie Turner-Smith, Jamie Bell, and Guy Pearce.