Blu-Ray Pick of the Week: The Freshman 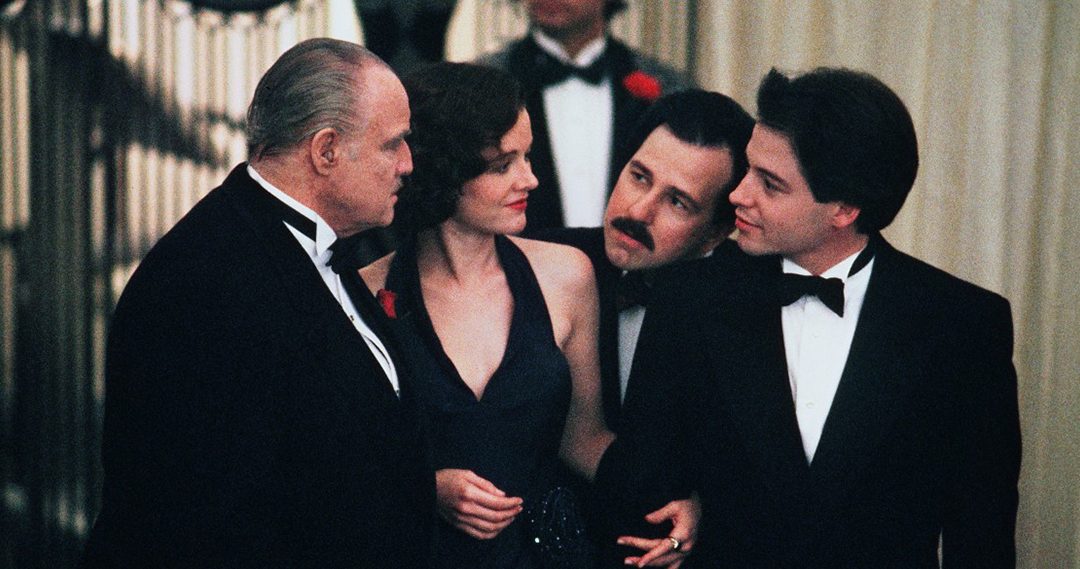 “Spell” is also new to Blu-Ray this week.

One of the major advantages of comedy over drama is that in comedy, consequences don’t have to matter. Take for example the opening scene of 1990’s “The Freshman,” in which Clark Kellogg (Matthew Broderick) takes one final hunting trip with stepdad Dwight (Kenneth Welsh) before heading off to NYU Film School. The twist is that Dwight is not a hunter of game, but rather a wildlife preservationist who hunts hunters. When he spots a hunter in a bright orange cap, it’s a signal to him to shoot warning shots at the man to scare him off.

While I’m not familiar with statutes in the state of Vermont, I’d posit a guess that in real life this would bring about a bare minimum aggravated assault and/or reckless endangerment charge, with the possibility of attempted murder if the prosecutor really wanted to throw the book at him. The good news for Dwight is that he’s a minor character in a comedy, so we chuckle at the scene and at Dwight’s insanity and move on.

Take also for example the consequences for Victor Ray (Bruno Kirby), who steals Clark’s belongings shortly after Clark arrives in New York. One scene later, Clark catches up to Victor and demands his money back. Of course, Victor blew it at the track and doesn’t have it. His solution: Offer Clark a job so Clark can earn it back. Clark of course takes him up on the offer, but in real life, his reaction would be something along the lines of: “You stole my money, and now you want me to spend my spare time while I’m at film school working to earn back what you stole?. Screw you, I’m going to the cops.”

But if Clark behaved in such a rational and justifiable way, we would never get to the crowning jewel of “The Freshman,” which is Marlon Brando as “legitimate businessman” Carmine Sabatini. Even if you’ve never seen “The Godfather,” (note: If this is you, see “The Godfather” already) Brando’s portrayal of Vito Corleone is so iconic that it’s easy to recognize exactly where he’s drawing his performance from. The great thing about Brando is that he gives Sabitini the same level of respect and effort that he gave to Corleone. The key difference is that the tone of the performance is lighter and funnier, with Brando being given funny bits to do like crack open walnuts with one hand and spoon way too much sugar into Clark’s espresso. His performance is gold.

Making this even more meta is the fact that the “Godfather” films exist in the world of “The Freshman.” Whenever someone is about to comment on Sabatini’s striking resemblance to the famed fictional character, they’re subtly signaled to not do so. We never see what happens if someone does make mention of it, but I’m sure it wouldn’t be pretty. At one point Victor lays claim to Carmine being the inspiration for Vito Corleone. Perhaps he got cheated out of royalties for using his likeness and that is the point of contention. It’s not explained and is ultimately unimportant to the story, but it’s fun to theorize.

In his film class at NYU, the professor (Paul Benedict) screens “The Godfather, Part II.” This not only reinforces the notion that the “Godfather” movies are a thing in the reality of “The Freshman,” but also provides one of many hilarious supporting performances. This professor, whose name is Feebler, is the type of stuffy, pretentious instructor anyone who has studied the arts at a college level has most likely encountered. All we need to do is see his erratic behavior to know he’s taking out the frustrations of his own failed career on his students, some of whom he knows are more talented than him and will go on to be more successful than him. The writing on this character feels like revenge for writer/director Andrew Bergman, and if it is, it’s a revenge that is shared by many who feel the same way about this type of professor.

All of the other supporting performances are also worth mentioning. Each one is well sketched, unique, and feels like they live their own lives outside of being bit players in Clark’s existence. There’s Edward (BD Wong), the overly cheerful young man who smiles way too much and is an assistant to the funny, quirky, and possibly insane chef Larry London (Maximilian Schell). Then there’s Steve (Frank Whaley), Clark’s roommate who has a poster of Akira Kurosawa’s epic masterwork “Ran” on his wall (another note: See “Ran” if you haven’t already) yet is also pop culture savvy enough to make a reference to professional wrestler Haystacks Calhoun in conversation. Then there’s Sabatini’s perky daughter Tina. She’s played by Penelope Ann Miller, who won the Chicago Film Critics Association Award for Most Promising Actress for this role, and deservedly so.

Add this all up and “The Freshman” is a great fish out of water tale with solid performances all around, a breezy, engaging story, colorful characters, and laughs from start to finish. Pop this in whenever you’re feeling blue for a true pick me up. Buy it. 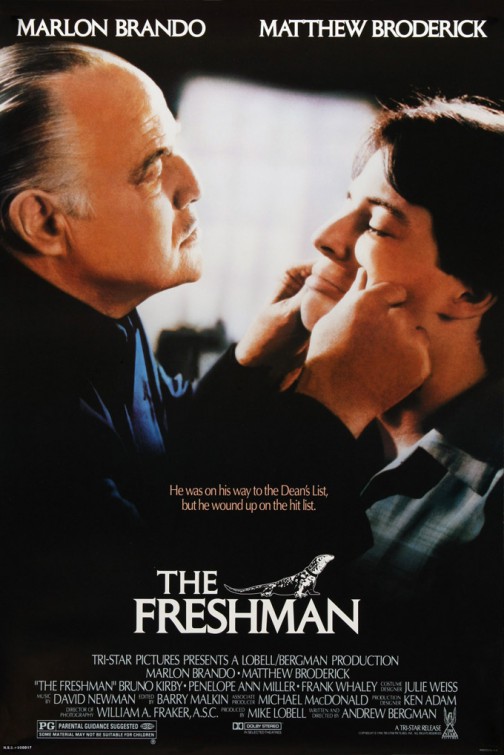 The plot of “Spell” is a series of clever ideas in search of a cohesive story. The problem is that it never finds one. As a result, the smart and capable protagonist we see in the beginning, named Marquis T. Woods (Omari Hardwick), spends most of the run time incapacitated and making inexplicable decisions so the movie can happen.

The incapacitation is at least explainable. After Marquis finds out that his estranged father has passed away, he and his family get in his four seat private plane (he’s a pilot) so they can all fly to the funeral. On the way there, a brutal storm forces them to crash. Marquis wakes up in a strange bed with no idea what happened to his family. His foot is badly injured and bandaged. His caretaker is Miss Eloise (Loretta Devine), a Hoodoo practitioner who may not have Marquis’s best interests in mind.

Hardwick gives an excellent performance as a man frustrated and trapped by his circumstances. The problem is with the writing. Marquis’s decisions come not from a smart and capable character, but rather from screenwriter Kurt Wimmer, who thought of cool scenarios to put Marquis in and tossed any semblance of character or common sense out in order to get there.

As if the contrivance isn’t annoying enough, the choppy editing of the movie’s climax sends it off the deep end. The illogic of the writing of Marquis creeps out and infects the entire movie, causing a total breakdown of narrative flow. Events happen when, where, and how they happen because Wimmer decided on it, and this must have been the point where director Mark Tonderai gave up. The ending is haphazardly slapped together to the point of being nonsensical.

The final shot in “Spell” is one of those teasers that promise more movies to come. It’s hard to say what kind of franchise can be made from these characters, particularly with such an inauspicious start. That said, I do think there is a better movie lurking somewhere in this premise. It just needs a screenwriter who is less focused on forcing his ideas and more focused on a coherent story to dig it out. Skip it. 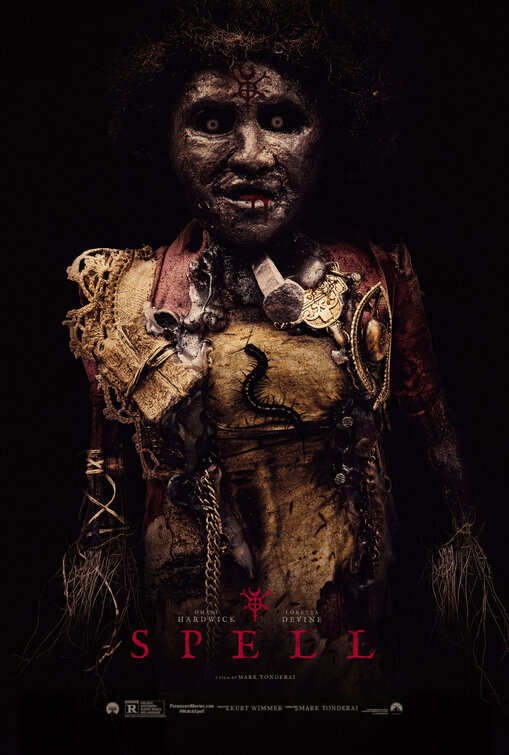 “”Go / Don’t Go,” a genre-bending slow burn thriller that follows Adam, a wallflower who happens to be the last person left alive–or so he thinks, written, directed, and starring Alex Knapp.