Blu-Ray Pick of the Week: The Current War 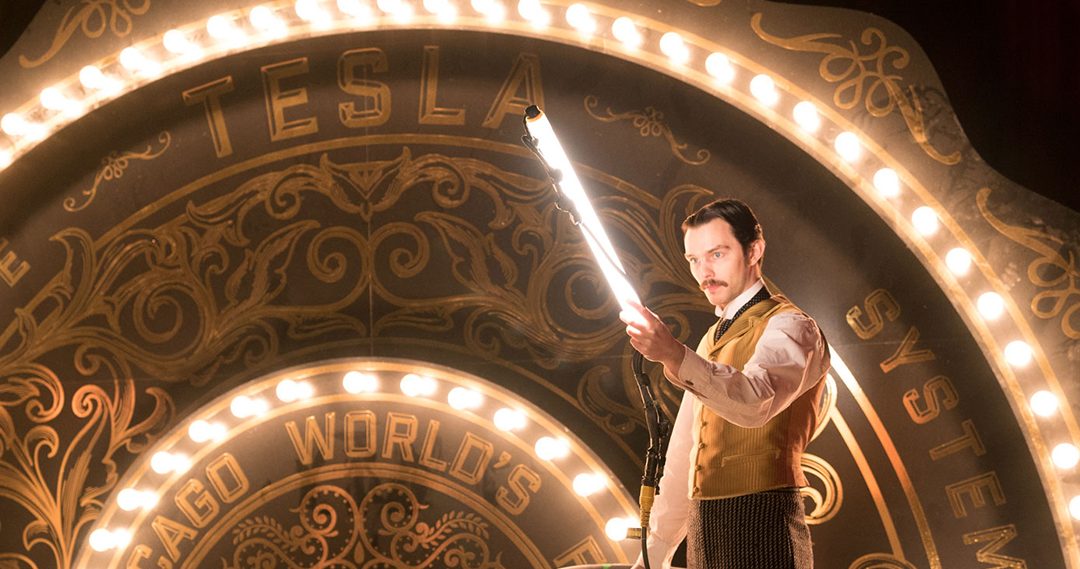 The Current War
The last names of the chief players in “The Current War” are ones we know today: Edison and Westinghouse. Edison is of course Thomas Edison. As played by Benedict Cumberbatch from the script by Michael Mitnick and direction by Alfonso Gomez-Rejon, the man is a fiercely competitive titan of industry whose reputation is sacrosanct. He calls to mind the infamous robber barons of this period of the late 19th century, but in the field of invention rather than business. George Westinghouse (Michael Shannon) is a man of a more subdued nature. He cares more for partnership and cooperation than he does about competition.

A third name can be thrown into the mix as well: Nikola Tesla. Nicholas Hoult captures Tesla’s fastidious nature and the script hammers home Tesla’s ability to invent entire machines completely in his head. At one point in “The Current War” as Tesla is getting screwed over by a business partner (one of the reasons why the man went underappreciated by history up until very recently), he is told that nothing will ever bear the name Tesla again. I can imagine Elon Musk watching this movie and saying, “Hold my car door.”

With the three men we get three distinct personalities. Edison is the visionary. He thinks big picture and surrounds himself with talented engineers who can make his vision a reality. He’s basically Steve Jobs, temperament and all, one hundred years before Jobs made his mark. Westinghouse is the businessman. He’s cool, calm, collected, level-headed, and concerned with the bottom line—something that was not a factor for Edison, who essentially browbeat financier J.P. Morgan (Matthew Macfadyen) into giving him millions of dollars for his ideas. Finally, Tesla is the eccentric genius. He’s the one with the imagination and intelligence to build amazing devices to improve life for humanity. He just lacked the funds to make these devices on his own. I have given serious thought as to the type of amazing, wondrous world we would live in today if Tesla had the resources to create his own visions. The closest we see is a model of a Tesla Tower, which even though it was not discussed too explicitly in the movie, would have provided free electricity to all—and with no wires.

As time goes on and Edison’s direct current (DC) method competes with Westinghouse’s alternating current (AC) method, the business rivalry quickly turns personal. Edison regards AC as not just dangerous but downright deadly. Desperate to make his case in spite of a lack of evidence, Edison electrocutes a horse that was scheduled to be put down anyway. Not one to miss seizing an opportunity, the government of the state of New York is inspired enough by the electrocution to create the electric chair to execute prisoners convicted of capital crimes. Edison abhors this idea, then reluctantly agrees to help the government in “Westinghousing” convicted criminals. As a man who knows branding, this is a sly move on Edison’s part. Lucky for Westinghouse, the name didn’t stick.

“The Current War” takes place between the beginning of the Edison-Westinghouse rivalry in 1880 and concludes with the Chicago World’s Fair in 1893. The years skip by at a fair clip, with stops here and there to show significant events—both progress and setbacks in business, friendship, and family—in both men’s lives. The movie paints with broad strokes or takes quick glances at some things. For example, Edison’s relationship with his children and the illness and death of his wife Mary (Tuppence Middleton) are noted but not dwelled upon. This would be a bigger faux paus in a biography of Edison, but when the point of the movie is the rivalry with Westinghouse and not an in depth look at either man’s personal life, it’s fair to note and move on. Plus this movie has to make room for Nikola Tesla, as it should. Rent it. 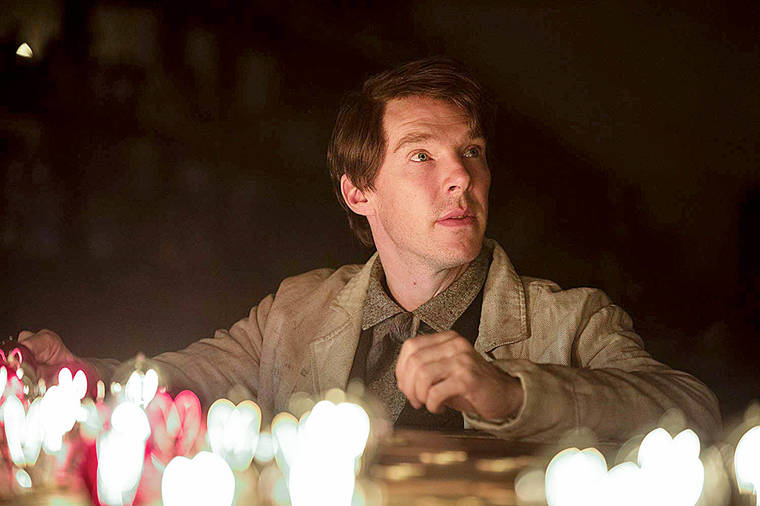 Thankfully for C-3PO, me, and the millions of fans who grew up on the “Star Wars” movies, books, and games, the agony is over—thank the Force. We no longer have to see our favorite, iconic characters who we spent all of our lives loving and watching over and over again, like C-3PO, R2-D2 (formerly played by Kenny Baker, now by Hassan Taj and Lee Towersey), Han Solo (Harrison Ford), Luke Skywalker (Mark Hamill), and Princess Leia (Carrie Fisher) get dumped on and disrespected by the one-two punch of Disney and Kathleen Kennedy-headed Lucasfilm.

There’s no other way to put it: This movie actively hates C-3PO. The other characters have no regard for him at all. They do a potentially devastating thing to him with barely a second thought. It’s something that is conveniently corrected a little while later, but the obnoxious selfishness of Finn (John Boyega), Rey (Daisy Ridley), and Poe (Oscar Isaac) is appalling. These new characters are loathsome, superficial, and annoying. I like them less and less with each movie. Then at one point it looked like even the beloved Chewbacca (Joonas Suotamo) might have met with a bad end in an idiotic scene, but co-writer and director J.J. Abrams fixed that plot development in a later idiotic scene.

That really is the best way to describe “Star Wars: Episode IX—I’m Glad It’s Over.” It is one idiotic scene after another. Looking at my notes after the movie, it read like a laundry list of all of the dumbest, most hackneyed plotting imaginable. Some samples:

-The opening crawl reads like a text message from a teenager.

-Dare I ask about the logistics of creating a new Imperial fleet on an isolated planet in secret?

-Knife thing idiotic—this old artifact knew the ruins would make that shape and that someone would stand at the right place and figure it out?

-They happen to crash land in quick sand and that is exactly where they need to be. Huh??

The list goes on. Suffice it to say that “Star Wars: Episode IX—The Final Cash Grab” is an inane, poorly written waste of time that insults the audience’s intelligence at every turn. I get that Jar Jar Abrams (as he is correctly called by “Star Wars” fans on the Internet) was written into a corner by Rian Johnson and “The Last Jedi.” I am sure that if there ever was a through line for the trilogy (a big “if” by the way), then it was ruined by Johnson. My sympathies to Abrams for this predicament only extend so far, however. It doesn’t excuse the poor plotting, abrupt editing, and rushed feeling as the movie cuts from scene to scene at breakneck pace. The movie never breathes and it plays as if it is two movies crammed into one. The fight scenes and saber duels are also the worst in “Star Wars” history. They play more like lazy afterthoughts rather than life or death struggles.

I have only one good thing to say about “Star Wars: Episode IX—Screw the Fans.” Dumb as it is to have Palpatine back, Ian McDiarmid does his hammy best with the role and his makeup is effectively creepy. Too bad it’s so hard to see on the dingy set they put him on that looks like it’s lit entirely by strobe lights. Skip it, and on a personal note, I don’t give a damn what Disney has to say about “Star Wars” canon. As far as I’m concerned, there are six movies that tell the Skywalker saga. They were envisioned by George Lucas and via Twentieth Century Fox. Anything else is fan fiction to me—especially these Disney movies.

More New Releases
“VFW,” about a group of war vets who battle drug dealers as a night together at their VFW goes pear shaped, starring Stephen Lang, William Sadler, Martin Kove, and Fred Williamson; “Standing Up, Falling Down,” comedy about the unlikely friendship that kindles between a struggling stand-up comedian from L.A., forced to move back home to Eastern Long Island with his tail between his legs, and a tragically flawed, but charming and charismatic, alcoholic dermatologist, starring Ben Schwartz and Billy Crystal; and “Coda,” in which a famous pianist struggling with stage fright late in his career finds inspiration with a free-spirited music critic, starring Patrick Stewart, Katie Holmes, and Giancarlo Esposito.
Andrew Hudak is a lifelong film lover. His column on Blu-Ray new releases appears every Tuesday. He lives in Connecticut.