Blu-Ray Pick of the Week: The Croods: A New Age 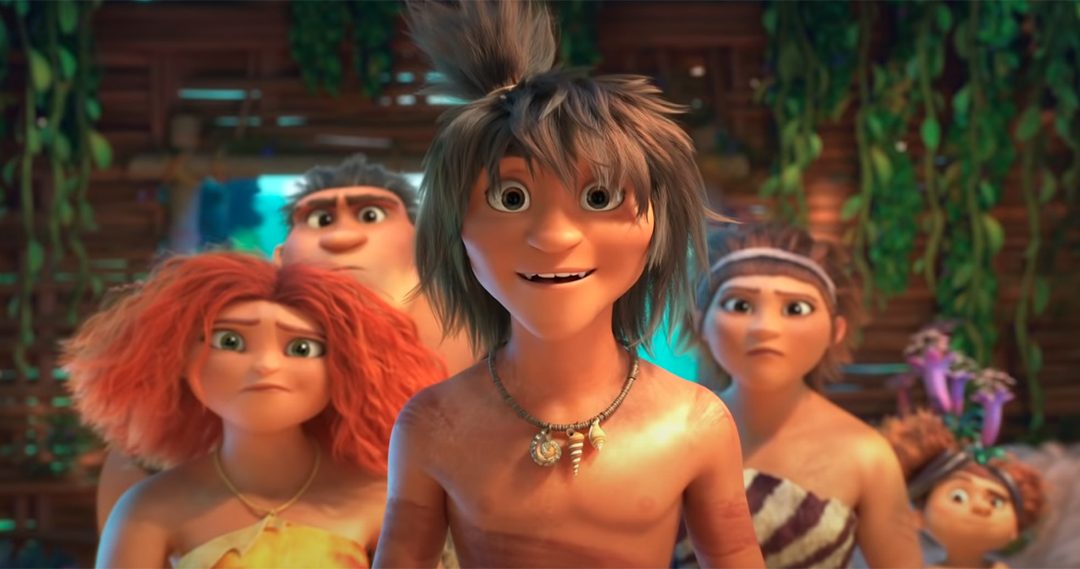 “Wrong Turn” is also new to Blu-Ray this week.

The Croods: A New Age

Punch monkeys rule. They don’t say much, but they’re very colorful and let their actions, i.e., their punching, do their talking for them. And it’s not just punch monkeys. It’s also kick monkeys, headbutt monkeys, and the dreaded low blow monkeys, to name a few others. All are great and give “The Croods: A New Age” the much welcome shot of adrenaline it needs at its midpoint. These crazy critters are worth the wait.

Up until then, “A New Age” is sadly predictable story-wise, saved only by its colorful animation, exciting action, and clever jokes that relate to modern life. After a quick back story for Guy (voice of Ryan Reynolds), we pick up where we left off with him, living with the pack headed by Grug (voice of Nicolas Cage) and his wife Ugga (voice of Catherine Keener), and in love with their daughter Eep (voice of Emma Stone). Guy’s back story reveals that before his parents died, they told him to seek out a utopian promised land. He finds it, but it’s not what he expected.

This beautiful, lush, verdant, secret land is inhabited by another family. These are the Bettermans: Hope (voice of Leslie Mann), Phil (voice of Peter Dinklage), and Dawn (voice of Kelly Marie Tran). As the name suggests, they’re more sophisticated than the Croods. They wear sandals, have separate rooms (including a bathroom), and bathe regularly. It doesn’t take a genius to see an “Odd Couple” type set up brewing between the two families. It also turns out that Hope and Phil knew Guy’s parents, and wished that some day Guy would marry Dawn.

While the set up is basic, what they do with it is fun. The moms and dads pair off and the Bettermans try to convince the Croods to leave. Hope does so passive-aggressively with a travel fruit basket to Ugga, and in a funny scene, Phil takes Grug into his literal man cave to have a talk with him about leaving and taking his daughter with him so Guy can be with Dawn. These scenes all hit some fairly by the numbers beats, but they at least have the courtesy to be funny and/or entertaining.

Then the monkeys show up and all hell breaks loose. Bless these monkeys. I liked “A New Age” all right up to this point, and would have accepted it as standard animated fare, but the monkeys put it over the edge. They are a riot and inject the movie with a lot of fresh energy. Their appearance also allows minor characters who aren’t given much to do up to this point, like Gran (voice of Cloris Leachman) and Thunk (voice of Clark Duke), an opportunity to shine.

As it concludes, “The Croods: A New Age” wraps up its standard story beats and we see the inevitable schmaltz about how the Croods learned some things from the Bettermans and the Bettermans learned some things from the Croods and they’re all one big happy pack now, but that’s to be expected. If anyone is shocked by this, you need to watch more movies. Whether or not that’s you, definitely make one of the next movies you watch this one. Rent it. 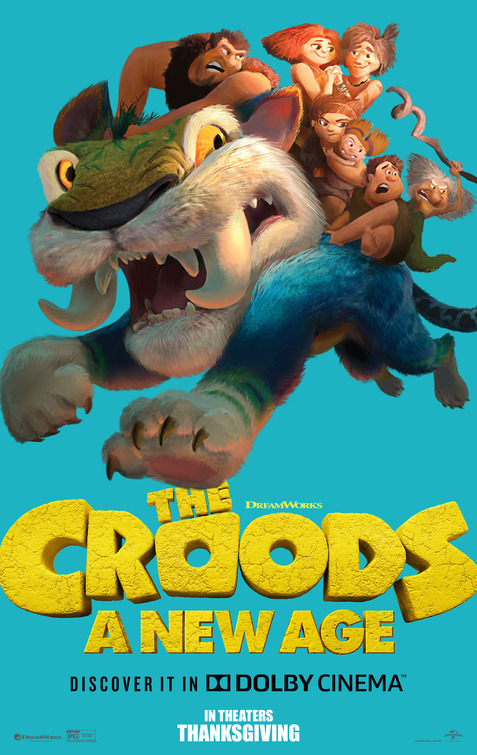 There was a time, not too long ago, when I would watch horror movies and actually hope that the innocent young victims escaped. I don’t anymore, mostly because the protagonists in recent horror movies who are in their teens and twenties, particularly in slashers and home invasion movies, are such arrogant, pretentious, self-righteous, holier than thou d-bags that I look forward to seeing them get hacked and slashed in clever, brutal, bloody ways.

The gorier the better, especially for the group of insufferable twits that constitute the college kids on a hike of the Appalachian trail that populate “Wrong Turn.” I will not list the names or differentiate any of the young males, mainly because they have completely interchangeable personalities. Hey, if writer Alan B. McElroy didn’t give a damn, then neither do I. They’re all just sport body spray scented fodder for the onslaught to come anyway. There are two young women who do stand out at least: dark-haired, glasses-wearing Milla (Emma Dumont) and vibrant, blonde, glasses-free Jen (Charlotte Vega). Director Mike P. Nelson all but wrote “Final Girl” on Jen’s forehead.

As the title suggests, they take a wrong turn on a trail to look at an old Civil War site. This leads them into the territory of a community who lives in the woods and has their own laws and rules. The leader is John Venable (Bill Sage), who rules over the community as mayor and judge with an iron fist. One of the few interesting scenes is his introduction, in which he asks questions about a misunderstanding that led to the death of one of his community. The revelations put forth are genuinely intriguing and challenge pre-conceived notions about the woodland-dwelling folk. Whether or not they’re true is another story.

I will also credit “Wrong Turn” for expanding on the usual teens in trouble narrative by featuring a family member who cares. In this case, it’s Matthew Modine playing Jen’s dad Scott, and he is the highlight here. His scenes are great. The worry in his character is palpable as he stays in an unwelcoming town and talks to hostile people in a desperate search for his daughter. Modine reminded me very much of George C. Scott’s excellent performance in the gritty 1979 drama “Hardcore.”

Too bad that “Wrong Turn” didn’t take more of a lesson from “Hardcore” and be about a father’s frantic search for his daughter. Instead, the father scenes are used like seasoning to break up the triteness of a worn out path horror that movies have been down many times before. “Wrong Turn” indeed. Skip it. 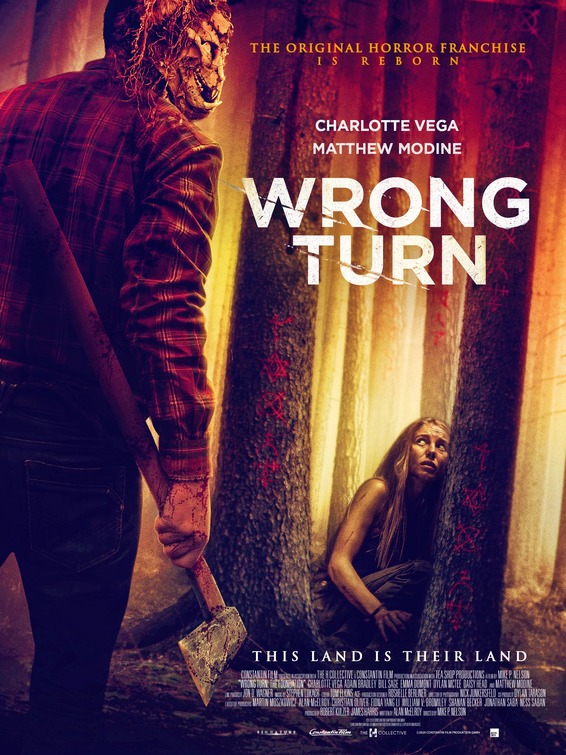 “Centigrade,” about a married couple who find themselves trapped in their frozen vehicle after a blizzard and struggle to survive amid plunging temperatures and unforeseen obstacles, starring Genesis Rodriguez and Vincent Piazza; and “Silk Road,” in which philosophical twenty-something Ross Ulbricht creates Silk Road, a dark net website that sells narcotics, while DEA agent Rick Bowden goes undercover to bring him down, starring Jason Clarke, Alexandra Shipp, Jennifer Yun, and Nick Robinson.