blu-ray pick of the week: Spider-man: No way home 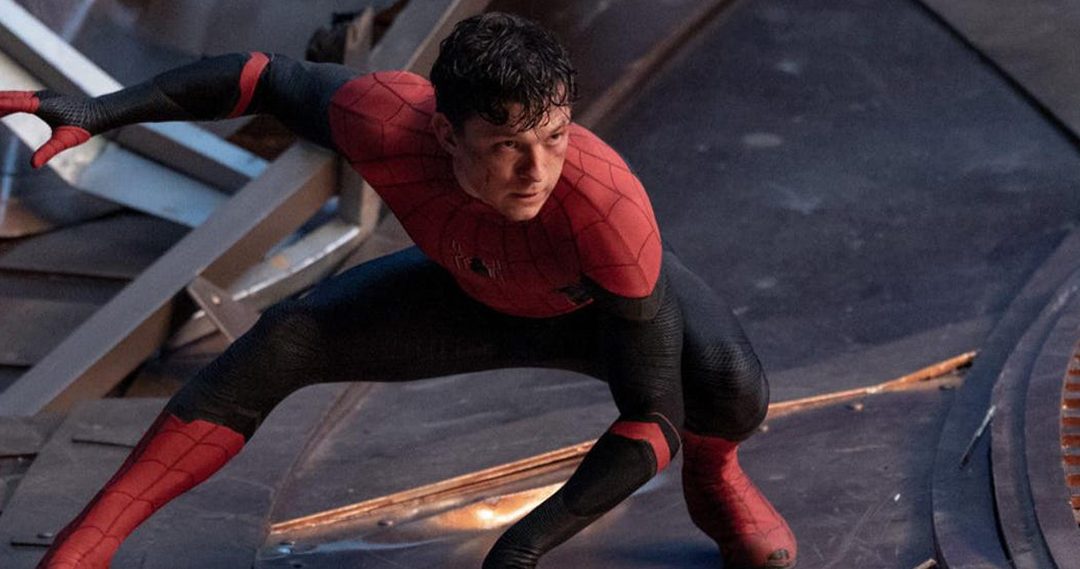 “C’mon C’mon” is also new to Blu-Ray this week.

One of the appeals of virtuous superheroes is how they can serve as models for our own lives. We may never achieve the supreme level of virtuosity as our favorite costumed vigilantes, but it’s their example that counts. A superhero can be virtuous in many ways. Spider-Man/Peter Parker’s (Tom Holland) great virtue is selflessness. After all, as any web slinger fan knows, with great power comes great responsibility.

If only Dr. Strange (Benedict Cumberbatch) had learned the same lesson. Following the events of the previous movie, 2019’s “Spider-Man: Far from Home,” Parker is revealed by J. Jonah Jameson (J.K. Simmons) to be Spider-Man. Seeing the disruption in the lives of his family and friends that this revelation causes, Parker asks Strange to cast a spell so that the world forgets he’s Spider-Man. Strange is surprisingly cavalier about brainwashing the world and gets started on an incantation.

It’s at this point that the screenplay by Chris McKenna and Erik Sommers does a surprising and interesting thing. It takes Parker’s virtue of selflessness and turns it against him, making him the cause of more chaos to come. While it is thoughtful of Parker to omit girlfriend M.J. (Zendaya), best pal Ned (Jacob Batalon), his Aunt May (Marisa Tomei), and her boyfriend friend Happy Hogan (John Favreau) from the spell, it messes up Strange’s flow and wreaks havoc with the multiverse.

The trailer for “Spider-Man: No Way Home” gave it away, so it’s no secret that the rift between dimensions brings Dr. Otto Octavius/Doc Ock (Alfred Molina) into this one. It’s great to see Molina back in the role. He hasn’t lost a step since 2004’s “Spider-Man 2.” Whether other villains join him I shall not reveal for the sake of the “I’ll wait for video” crowd who choose to not go to the theater, which is an ever increasing number, and I respect that.

Faithful sidekicks are a staple in superhero movies, and none are more faithful than MJ and Ned. MJ is the grounded, skeptical one who is good for giving Parker a reality check when he needs it. Ned is a close and loyal friend who provides much needed comic relief when things get too dour. Both are an excellent counterpoint to the naïve, doe-eyed, caring, overly optimistic view that Holland brings to the role. They are a truly great trio of modern movies.

The bar was set high with 2002’s “Spider-Man” that movies about web head have to have creative, fast-paced, exciting action scenes. “No Way Home” does not disappoint. Director Jon Watts does a well-balanced job of getting us in close to experience what it’s like to swing around like Spider-Man while also knowing when to pull away to give us a sense of space. My favorite action scene is one that takes place with Dr. Strange inside the mirror dimension, which is controlled by Strange. The way it plays with movement and gravity provides a wild trip. Plus for the kids out there who are slacking off in geometry, this scene gives them good reason to start paying attention. The odds are you’ll never have to navigate the mirror dimension, but you never know when it will pay off to know a radius from a right angle. Buy it. 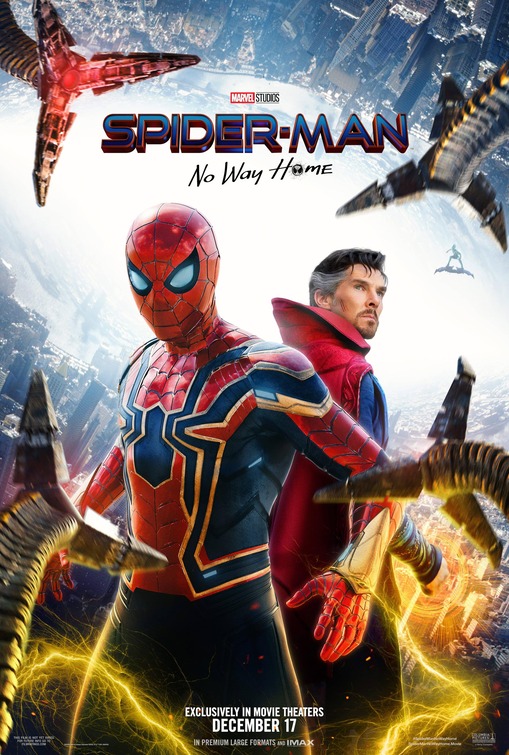 “C’mon C’mon,” in which an artist embarks on a cross-country trip with his young nephew, starring Joaquin Phoenix, Gaby Hoffmann, and Elaine Kagan; and “Last Looks,” in which a disgraced ex-cop seeks solace by moving to the woods, but his quiet life comes to an end when a private eye recruits him to investigate a murder, starring Charlie Hunnam, Mel Gibson, Morena Baccarin, Clancy Brown, and Dominic Monaghan.