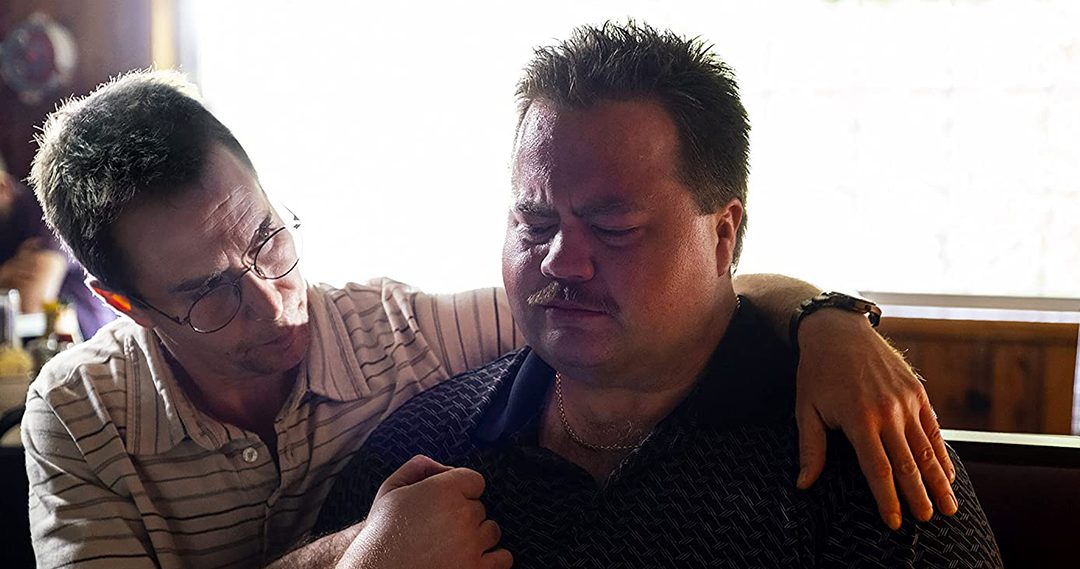 “Jumanji: The Next Level” and “Superman: Red Son” are also new to Blu-Ray this week.

Richard Jewell
Richard Jewell, from what I remember of him back in 1996 when the bomb went off at the Atlanta Olympics, was a humble man with a keen sense of observation and the ability to think and react quickly. He saved lives. Even when he was under suspicion for three months after the bombing, it didn’t feel right to me.

“Richard Jewell,” the movie, shares this portrayal of the falsely accused bomber (oh, how Alfred Hitchcock would have relished this story). It also delves deeper into the history of the man himself, played to perfection by actor Paul Walter Hauser. It shows how Jewell wanted to be taken seriously as a peace officer and in doing so, took things a bit too far. As a huge fan of law enforcement, he should know that jurisdiction should be respected and that university security guards should not pull cars over for speeding on the highway.

His actions are derived from overzealousness and a desire to be a part of protecting the innocent and bringing criminals to justice. The FBI, led by agent Tom Shaw (Jon Hamm), sees it differently. Shaw and the FBI think that Jewell’s history shows a pattern that makes him suspicious in the Centennial Park bombing. Local Atlanta newspaper writer Kathy Scruggs (Olivia Wilde) is in bed with Shaw on this assertion—in more ways than one—and begins to print articles about Jewell’s guilt. This of course leads other press all over the nation to glom on to the story. Seemingly the only ones in the country on Jewell’s side are his proud mother Bobi Jewell (Kathy Bates) and his fierce, determined attorney Watson Bryant (Sam Rockwell).

Rockwell is electric as Bryant, playing a man who takes no guff from anyone, no matter who you are. He does not let big government authoritarianism intimidate him. My favorite prop in “Richard Jewell” is a poster behind the desk in Bryant’s office that has a caption that reads: “I fear government more than I fear terrorism.” He’s a fighter for just causes, but never comes across as smarmy or holier than thou. Then again, this man isn’t exactly Atticus Finch, either. He’s somewhere in-between. He is a man who appropriately gets angry when he sees unlawful and/or unjust persecution, but never gets overly self-righteous. His caring for others and for what’s right comes from a genuine place inside of him. Bryant is not out for personal glory. He just wants justice to be served. He can be a bit abrasive, but again, justifiably so. As Barry Goldwater once so eloquently put it, “Extremism in the defense of liberty is no vice. And moderation in the pursuit of justice is no virtue.” I would not be surprised if Bryant had this quote tattooed on him somewhere.

The villain of “Richard Jewell” is not the actual bomber of the Olympic games, but rather the FBI and the press. The shady, sneaky, underhanded, and frankly downright scummy tactics that the FBI uses to coerce Jewell into cooperating is appalling. I have no doubt that what we see in “Richard Jewell” is just the tip of the iceberg of this trade craft. Luckily for Jewell, he is hip to their ways and knows when a situation smells funny. Then there’s the press, spreading lies and misinformation a full 20 years before the term “fake news” was popularized to describe how deceitful and manipulative the press can be. It’s amazing. After Jewell discovered the backpack with the pipe bombs and alerted authorities and saved lives, little did he know that his most difficult challenge was still yet to come. Buy it. 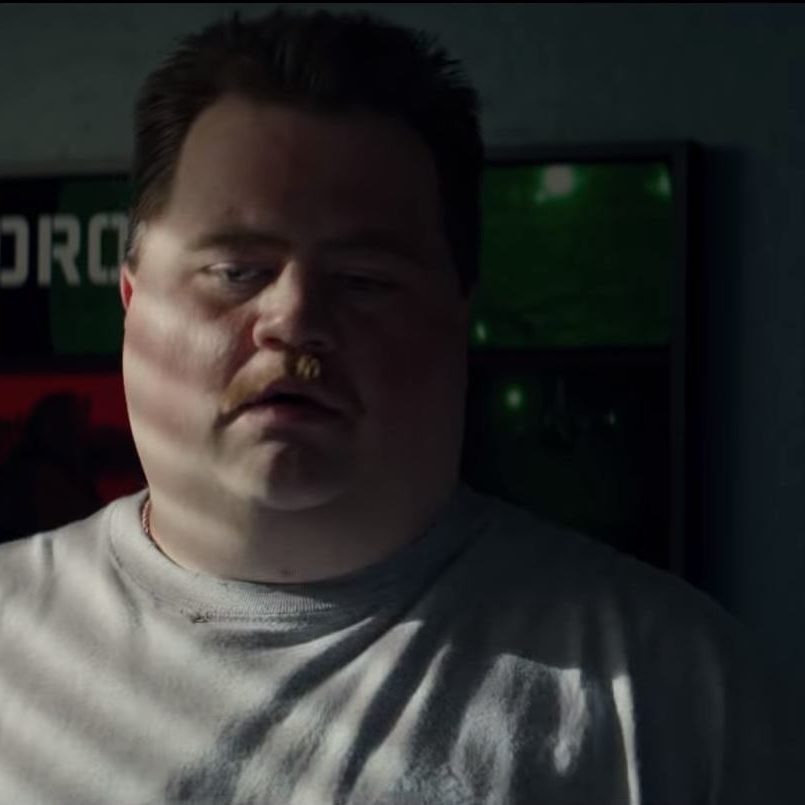 Also New This Week
Jumanji: The Next Level
While “Jumanji: The Next Level” isn’t a total rehash of the 2017 hit, it can’t help but have some of the same elements. Our same group of teens–Spencer (Alex Wolff), Martha (Morgan Turner), Bethany (Madison Iseman), and Fridge (Ser’Darius Blain)—now back from their first semester of college, wind up back in the “Jumanji” adventure game. Once again, they wind up as avatars: Intrepid adventurer with smoldering intensity Bravestone (Dwayne Johnson), zoologist Mouse (Kevin Hart), navigator Oberon (Jack Black), and combat expert Ruby (Karen Gillan). These characters and their traits are already known by anyone who is familiar with the 2017 movie. But aside from a few smaller details, the similarities end there.

This time, as the title suggests, it is the next level, so the terrain is more than just jungle. We also see sandy desert, coniferous forest, and snowy mountains. Really mixing things up is the fact that not everyone inhabits the same avatar as in the previous movie, plus we have the addition of Eddie (Danny DeVito), Spencer’s grandfather, and Milo (Danny Glover), Eddie’s former business partner and friend. They get pulled into the game too. This gives avatar actors Johnson, Hart, and Black a chance to stretch their comedic legs by doing some pretty good impressions. Watching these well-known actors change their voice inflections, intonations, and mannerisms is a good part of the fun of “Jumanji: The Next Level.” My favorite is Hart doing Glover as Milo. Every time he talked it made me smile. Rent it. 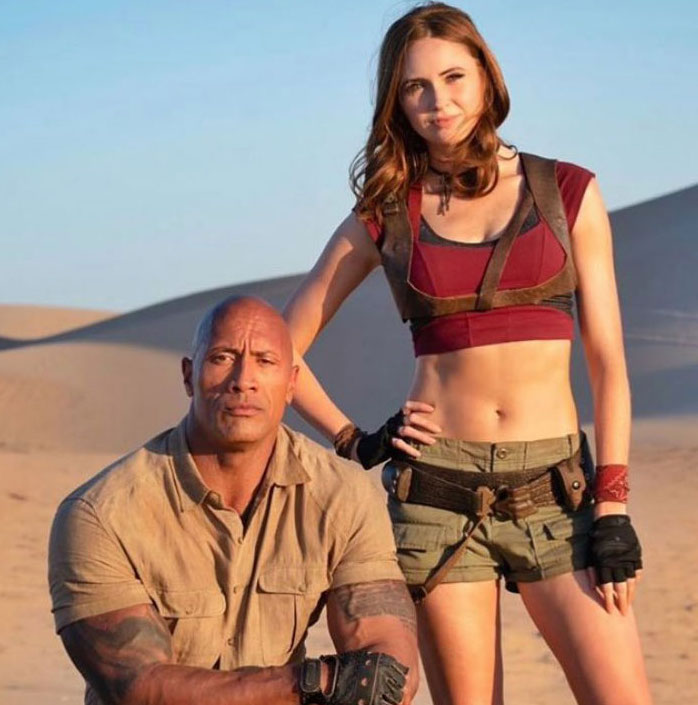 Superman: Red Son
I like the character of Superman as defender of truth, justice, and the American way. The animated movie “Superman: Red Son,” based on a graphic novel by Mark Millar, Dave Johnson, and Kilian Plunkett, asks an interesting question: What would happen if baby Kal-El landed in the USSR instead of the USA? What would be different?

It turns out that a lot would be different, and not in a good way. Maybe the point of “Superman: Red Son” is to reinforce that Superman’s temperament is best suited to the USA, but if that’s the case they could have gone about it in a more positive way. Instead, in this movie, we’re treated to a Soviet Superman (voice of Jason Isaacs) who is an authoritarian overlord, an American Super Man (voice of Travis Willingham) created by Lex Luthor (voice of Diedrich Bader) who is a belligerent jerk, a Soviet Batman (voice of Roger Craig Smith) who is a terrorist who kills people, a Wonder Woman (voice of Vanessa Marshall) who is bitter and tiresomely misandrist, and a weaponized Green Lantern Corps led by Hal Jordan (Sasha Roiz). It’s not an exploration of an interesting premise so much as it is lazily taking everything good about our beloved heroes and turning them upside down in an extremely cynical, downright depressing way. Skip it, and if you want to see how a good and evil paradigm shift between DC’s heroes and villains can be explored the right way, check out an animated movie from ten years ago called “Justice League: Crisis on Two Earths.” It’s a lot more interesting and more fun than the drab “Red Son.” 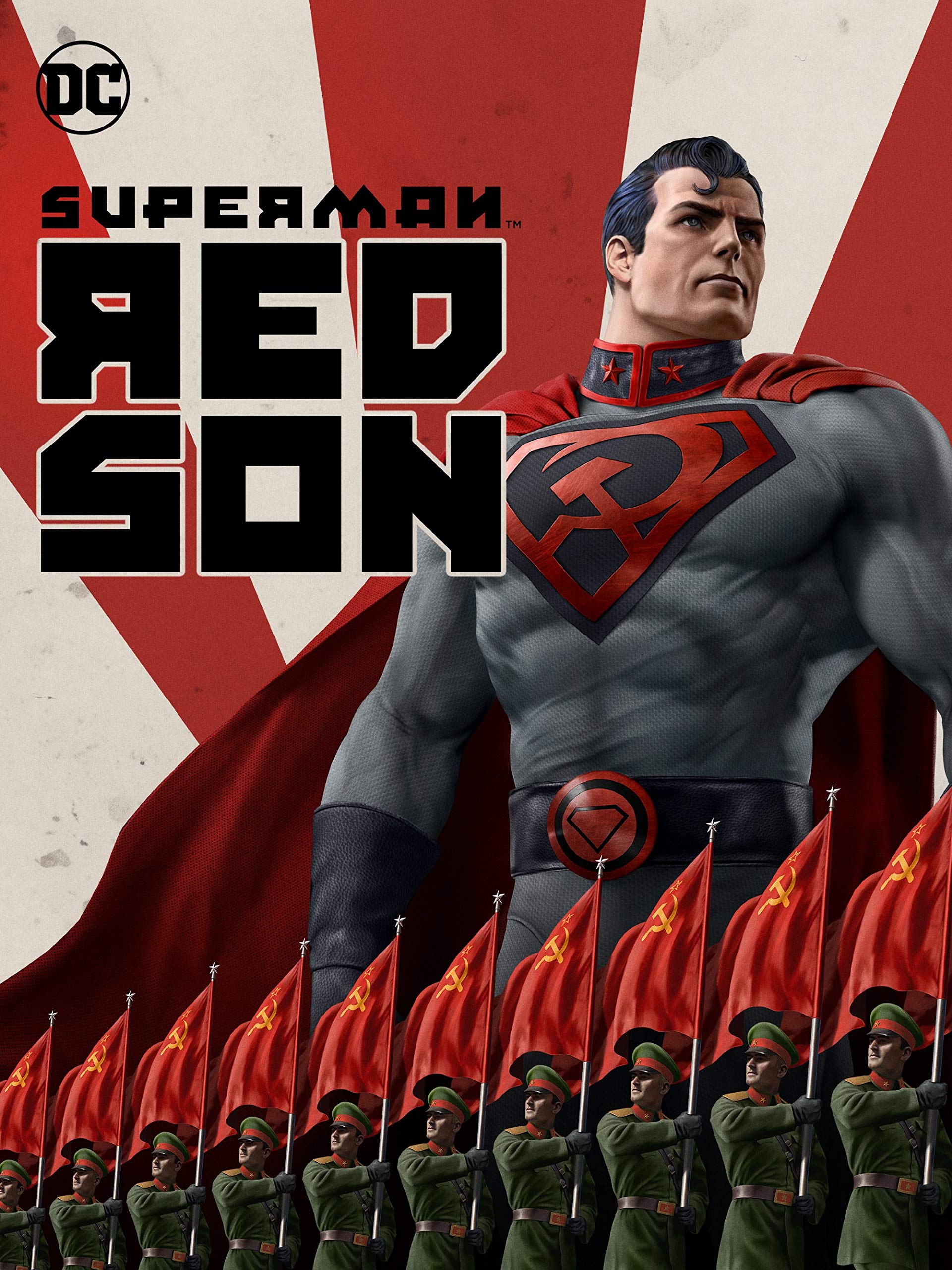 More New Releases
“A Hidden Life,” Terrence Malick movie about an Austrian conscientious objector who refuses to fight for the Nazis in World War II, starring August Diehl, Matthias Schoenaerts, Michael Nyqvist, and Jürgen Prochnow; “Black Christmas,” another remake of the 1974 horror classic (one was also made in 2006) in which a group of sorority girls are stalked by a killer during their Christmas break, starring Imogen Poots, Brittany O’Grady, and Cary Elwes.
Andrew Hudak is a lifelong film lover. His column on Blu-Ray new releases appears every Tuesday. He lives in Connecticut.