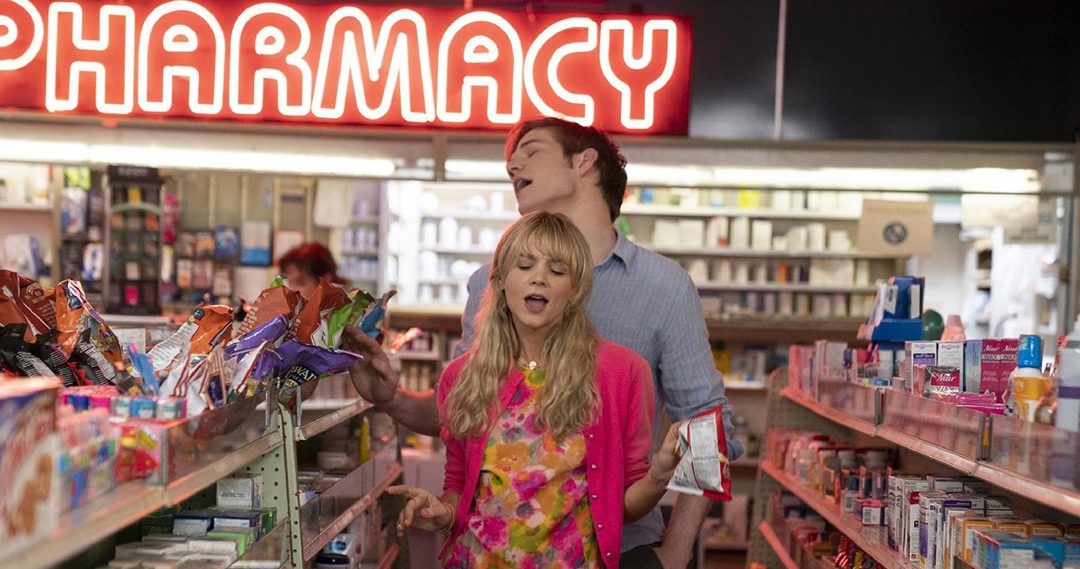 “Psycho Goreman” is also new to Blu-Ray this week.

It’s been said many times that it’s impossible to really, truly, completely know someone. This is generally true when considering that most people don’t spend 24/7 with each other. It’s even more true when considering the innermost fears and desires that people keep reserved for only themselves. The notion is truer still when considering Cassandra (Carey Mulligan), the protagonist at the center of writer-director Emerald Fennell’s twisted, brilliant, and consistently entertaining “Promising Young Woman.”

For the men who pick Cassandra up in bars and night clubs because they think she’s drunk, she’s their worst nightmare. Cassandra spends her evenings pretending to be completely inebriated. Inevitably, some opportunistic vulture will feign kindness and concern in an effort to get her back to his place. While there, he will try to take advantage of her judgment-impaired state. However, since she’s merely pretending to be drunk, they’re the ones who are in for a truly unpleasant surprise. The scenes are terrifically scripted, complete with the most awful red flags for women: Jerry (Adam Brody) actually uses the term “M’lady;” Neil (Christopher Mintz-Plasse) insists that he’s a “nice guy;” and Paul (Samuel Richardson) wears a trilby. Ladies, take note and heed the warning signs when you’re out on a Friday night.

Cassandra prowls the nightlife and preys on predators because of a tragic experience in her medical school days about a decade previous. Her best friend Nina, whom we never see but hear a lot about, was raped at a party. After the university failed to take serious action and the legal system bullied her into submission, Nina dropped out. The traumatic experience left her so scarred that she committed suicide. Cassandra does what she does in memory of her friend. Special points to Fennell for doing in “Promising Young Woman” what we should do more of in real life: remember the victim.

Once Cassandra finds out that Al (Christopher Lowell), the one who raped Nina, is getting married, her need for vengeance goes into overdrive. For those who were there at the time and meet Cassandra again in present day, she is a diabolical instrument of revenge. Fellow student Madison (Alison Brie), who disbelieved Nina’s claim, university dean Elizabeth Walker (Connie Britton), who took no action after the accusation was brought forth, and Jordan Green (Alfred Molina), the guilt-ridden lawyer who pressured Nina into dropping the charges, all meet this version of Cassandra. She plays some devious mind games with them. It’s here where Cassandra gets into a bit of a gray area likeability-wise. Sure, these people were complicit in actions (or inactions) that led to Nina’s suicide, but does that make Cassandra’s cruel manipulations right? Is she justified in paying them back in this way? These are good questions that Fennell is asking in her screenplay, and are rich fodder for hearty debate.

Luckily for Ryan (Bo Burnham), Cassandra isn’t all ominous doom and darkness. She has a sweet side too, and he gets to see it. The tone shifts when the pair are on screen together, and at times it’s like something out of a romantic comedy. Take out the darker aspects and the deliciously clever and spiteful third act, and this could be. “Promising Young Woman” has it all, from the awkward meet cute to a scene where the couple play around in a store while a Paris Hilton song plays. Burnham is funny and charming, and this is the second movie in a row he’s been involved with (after writing and directing the excellent “Eighth Grade” in 2018) that I have thoroughly enjoyed. To borrow from this movie’s title: he is a promising young man. Buy it. 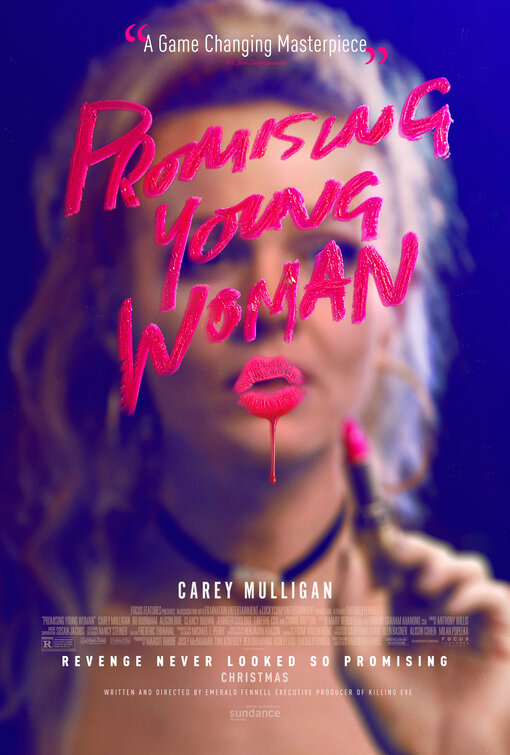 Here’s a question I’m relatively certain no one has ever asked: What would it be like if Saban Entertainment made a H.P. Lovecraft-style movie with an absurdist tone and buckets of blood? In spite of this, writer-director Steven Kostanski responded with his ridiculously nonsensical yet very entertaining “Psycho Goreman.”

The story centers around two adolescent siblings, Mimi (Nita-Josee Hanna) and Luke (Owen Myre), who dig up the prison tomb of an ancient god, played by Matthew Ninaber and voiced by Steven Vlahos. He’s a creature of pure darkness and evil, but the two have a magical stone that controls him. Safe from harm, and after much deliberation, they decide on a name: Psycho Goreman, or PG for short.

The character may be named PG, but “Psycho Goreman” is definitely R-rated. What makes it work is the surreal, ridiculous humor. If this same exact premise was done seriously, it would have been awful. By accepting the ludicrousness of the situation and leaning into the laughter, it’s easier for audiences to get into the flow, kick back, and have fun with it. Rent it. 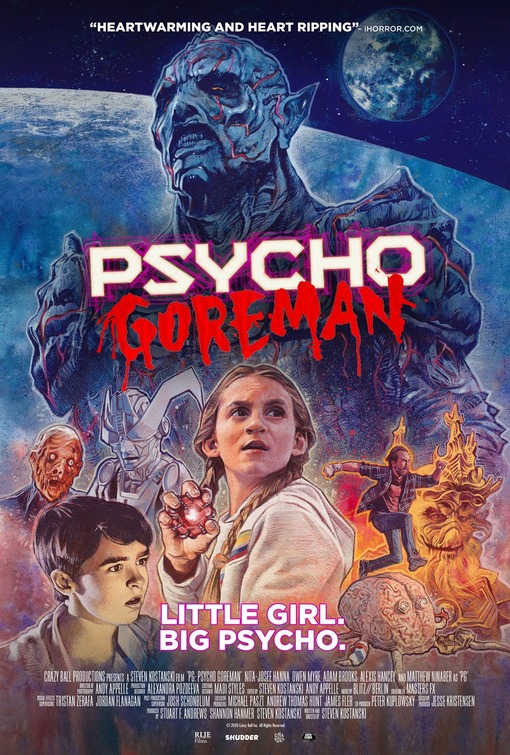 “Castle Freak,” about the terror that strikes when a blind woman and her friends travel to a mysterious Albanian castle that harbors dark secrets, starring Clair Catherine and Kika Magalhaes and produced by Barbara Crampton, who starred in the 1995 original; and “Money Plane,” about a deeply indebted professional thief who must rob a futuristic airborne casino filled with the world’s most dangerous criminals, starring Adam Copeland, Katrina Norman, Denise Richards, Thomas Jane, and Kelsey Grammer.