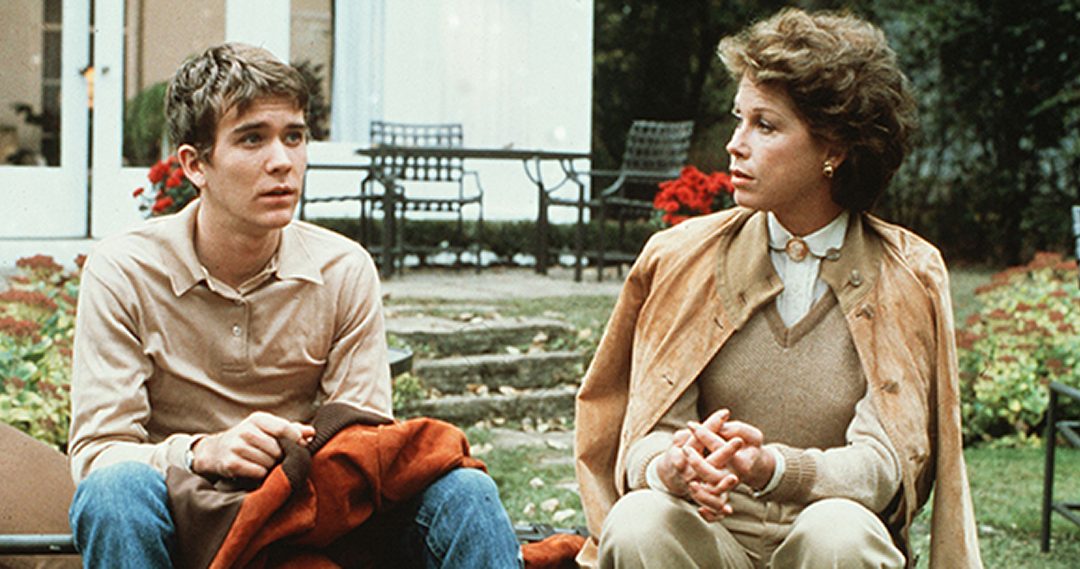 As of this writing, the Best Picture Oscar for the year 2021 has not yet been awarded.

In honor of this noteworthy award, my choice this week is “Ordinary People,” a Best Picture winner from forty-one years ago that famously—or infamously, depending on how you look at it—beat out the much beloved “Raging Bull” for the top prize. I think “Raging Bull” is a great movie. However, so is “Ordinary People,” and it works just as well today as it did four decades ago.

“Ordinary People” centers around the Jarrett family. By the time we meet them, two tragic events have already happened. The first is the loss of oldest son Buck, played in flashbacks by Scott Doebler. The second is the attempted suicide of other son Conrad, played by Timothy Hutton. Speaking of awards, it’s interesting to note that Hutton won an Oscar for his performance, but it was in the Supporting Actor category. It’s odd since given the amount of screen time, his role is a leading one. My best guess is Paramount Pictures didn’t want to put him up against Robert De Niro for the lead actor award, so the Supporting category was selected to give him a better shot. It worked.

The parents are Calvin and Beth Jarrett, played by Donald Sutherland and Mary Tyler Moore. They each have a different reaction to the awful misfortunes that have befallen them. Calvin wants to put on a happy face, smooth things over, and try to put things back the way they were before Buck’s death. He walks on eggshells around Conrad, asking him how he’s doing and if he feels okay. We see in a flashback that as Buck and Conrad were growing up, Calvin loved them both and has fond memories. More than anything, he wants to feel that way again.

On the other hand, Beth is more realistic in knowing that it was all too much and things will never be the same as they once were, but her harsh rationalization makes her cold and distant. This personality trait is glaring in the scenes in which Beth and Conrad interact while alone with each other. They speak at–rather than with–each other, not really listening to what the other is saying but instead stringing words together to avoid a deafening silence that might lead them to talk about something neither of them cares to discuss. It’s beyond the fact that there is no connection between mother and son, it’s that there isn’t even the attempt to connect. The scenes with them together are heartbreaking not because of what is being said—they never say anything substantive to one another—but rather how they’re saying it and the utter meaninglessness of it.

There’s also a layer at play here involving an unfeeling or uncaring mother. For either parent to act that way toward a child is hard to watch, but it’s especially hard when it’s a mother. Whether this is through biology or society, or a combination of both, a father can be seen as tough and stern—the discipliner and provider. The mother is seen as the coddling, nurturing care giver. When a female character breaks from that archetype and is anything but nurturing and sympathetic, it has a tremendous impact.

“Ordinary People” marks Robert Redford’s debut as a director, and he won an Oscar right out of the gate. It’s plain to see why. This is an emotion and dialogue driven movie, the type of which requires actors to do a lot of heavy lifting. Who better to direct actors through such a screenplay (the movie’s fourth and final Oscar) than a man who is a distinguished actor himself? Further, I think it takes an actor turned director to not let the performances bloat into heavy handed melodrama. A lot of actors would have played their scenes to the rafters, and many directors would have let them. Redford went for something much more grounded and true—drama rather than melodrama. That alone is an amazing achievement, making this worthy of that Best Picture Oscar. The title may be “Ordinary People,” but this movie is anything but ordinary.

This is being released as part of Paramount’s curated, limited edition “Paramount Presents” series, so Buy it while you can. 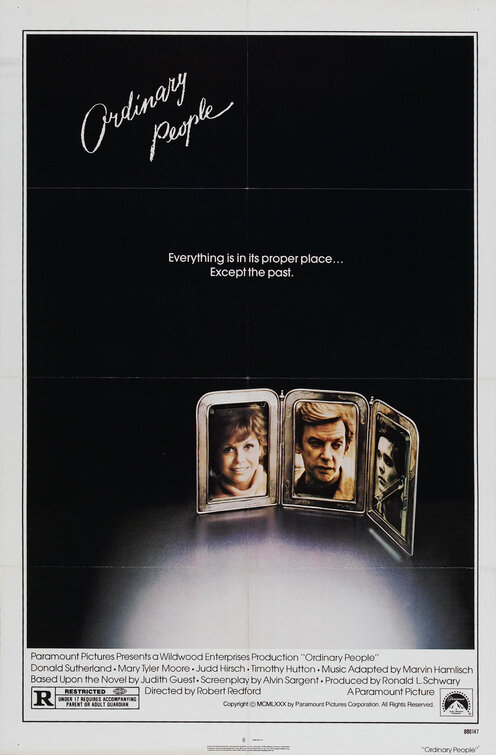 The world of “Sing 2” is one entirely inhabited by animals who walk and talk like humans and have built modern, industrialized, technologically up to date cities. But that’s all ho-hum, who cares compared to the real amazing aspect of this world: everyone’s singing is naturally enhanced by autotune.

Or maybe the voice actors doing the singing needed some help to sound good. I don’t know. What I do know is that it’s distracting when an otherwise lovely singing voice starts sounding like a vibrating tin can.

Painfully overused and oft-abused vocal enhancements aside, “Sing 2” is a light, fun, energetic, colorful romp that continues the story of Buster Moon (voice of Matthew McConaughey). After saving his theater and becoming a success in “Sing,” Buster wants to move on to bigger things. His idea is to go to the big city and put on a show for hot shot producer Jimmy Crystal (voice of Bobby Cannavale), which Crystal will allow Buster to do if he can get reclusive rock star Clay Calloway (voice of Bono) to be in the show.

“Sing 2” hits all the right notes as Buster has to deal with getting to Calloway as well as the hassles and setbacks of producing a brand new stage show. Helping him out are loyal friends Ash (voice of Scarlett Johansson), who as a fellow musician can bond with Calloway and win him over, and Rosita (voice of Reese Witherspoon), who he makes the star of the show.

The real joy, however, is loyal assistant Miss Crawly, a great comic relief character voiced by writer-director Garth Jennings. Everything she does and says is at least worth a chuckle, and I laughed out loud multiple times at her antics. Sometimes all it takes is one supporting performance to elevate an otherwise standard, predictable story. Miss Crawley does it here. Rent it. 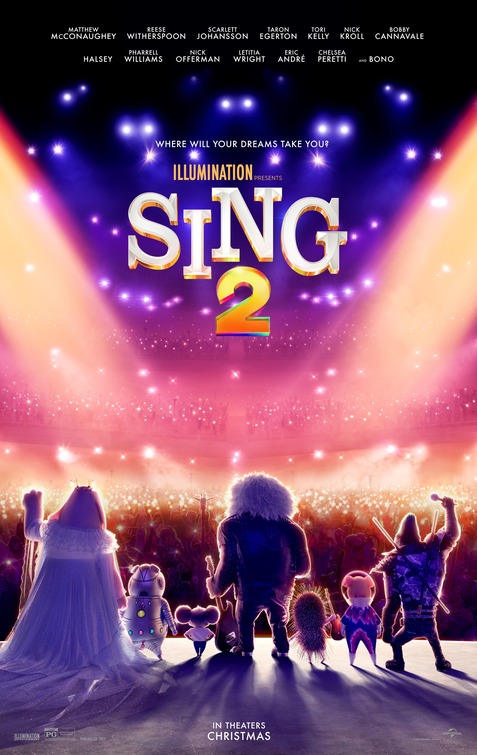 “Marry Me,” about a pop superstar who is jilted by her rock-star fiancé moments before their wedding at Madison Square Garden, so she marries a random guy from the crowd instead, starring Jennifer Lopez, Owen Wilson, and Sarah Silverman.