Blu-Ray Pick of the Week: Love and Monsters 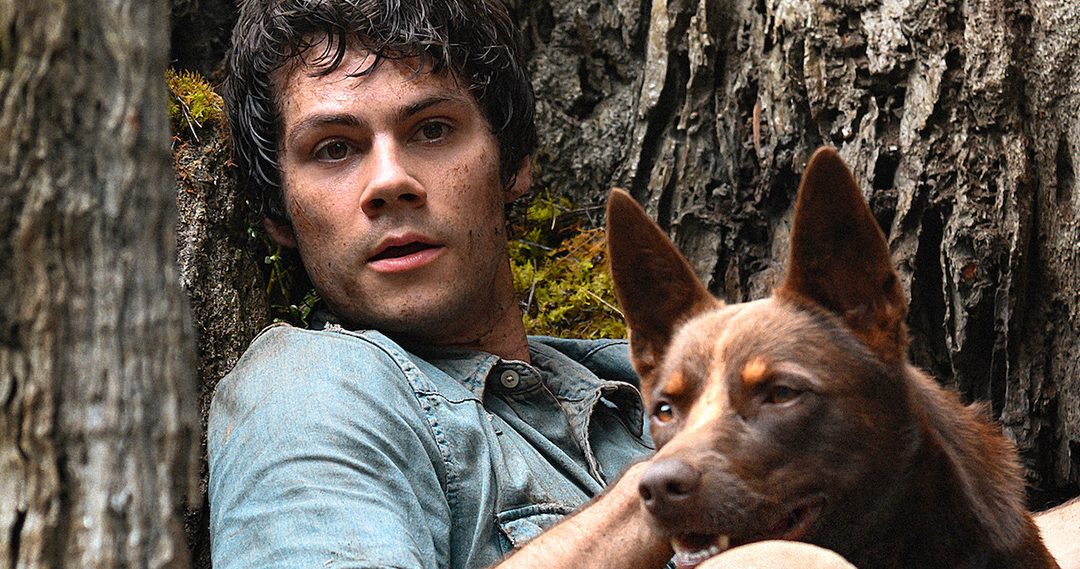 The post-apocalyptic landscape of “Love and Monsters” would not be out of place in a zombie movie. The aerial shots show us the peace and tranquility of dense, calm forests and the tree-lined streets of suburbia. Then a closer look betrays the reason why all is so peaceful. There are no people. Houses are boarded up. Ominous threats like “Go away” and “Death here” are hastily spray-painted on shelter fences. This is not a friendly place to be.

The people—or, the 5% that’s left of them—have moved underground into various shelters after a cataclysmic event, the details of which open “Love and Monsters.” A giant asteroid was hurtling toward Earth. In most any other screenplay, this would be the thing that leads to humanity’s demise. However, screenwriters Brian Duffield and Matthew Robinson treat us to an interesting twist. The big, destructive asteroid is blown out of the sky by shooting rockets at it. So that problem is solved, but the rockets all have chemicals in them that rain down on the planet. Vegetation seems unaffected by these chemicals, as do humans and other mammals. Arthopods and amphibians are another story. They grow to enormous size and take over the surface.

For those who don’t remember tenth grade biology, this essentially means that the world is now overrun by giant insects, worms, frogs, and crustaceans. All of the little stuff that humans and other mammals used to swat away now require weapons to destroy. The only question mark is in regard to our fine feathered friends. They don’t seem affected either, but that’s perhaps because there is not a single bird in the sky. Either all birds are extinct, or they’re saving something for the sequel.

“Love and Monsters” starts seven years after the big event and we meet Joel (Dylan O’Brien), our protagonist and narrator. He hasn’t seen his girlfriend Aimee (Jessica Henwick) in all that time and really misses her. The fact that the other three young men and three young women he lives with in the shelter have all paired off doesn’t help much. Desperate to see Aimee again, Joel tracks her down via CB radio and finds out she’s 85 miles away. Against the wishes of everyone who cares for him, he makes the journey to be with her.

Writers Duffield and Robinson explore an interesting aspect of human nature here: What it is to be alone (solitude) versus lonely. It’s relatable in that most of us have experienced situations in which we were alone but grateful to get away from the craziness in our lives (welcome solitude, not lonely) and have been in situations where we’re surrounded by people yet feel isolated (lonely). It’s interesting that while Joel is in the shelter, living in close quarters with other people, and as much as he loves and cares for them, he feels lonely. It’s not until he sets out on his own and moves toward a goal that will make him happy that he stops feeling lonely and gets enthusiastic about better times ahead. Given the breezy, comedic vibe from director Michael Matthews, this could all be incidental, but the theme is there to pick up if you give the movie some thought.

Joel’s solitude on the surface doesn’t last long. He soon gets a faithful canine companion simply named Boy, played by two dogs named Hero and Dodge. He then meets two survivors who live on the surface: an older man named Clyde (Michael Rooker) and an eight-year-old girl named Minnow (Ariana Greenblatt). Clyde teaches Joel basic rules for survival in the harsh world, and Minnow, who is an expert with a crossbow, teaches Joel how to shoot. Since we find out early on that Joel gets the “shakes” during dangerous encounters, these lessons are valuable to him. I especially appreciated the writing on Minnow. She acts like someone beyond her years because she had to grow up fast. At the same time, she doesn’t walk around like a precocious, annoying brat and there are moments where we’re reminded that she is an eight-year-old girl with the same fears and desires as any other.

I could go into more detail about the imagination of the monster design and how we’re shown both the wonders and the terrors of the world, but I’ll let you see that on your own. Further, “Love and Monsters” is more than action and jokes. There is a tenderness to it. Joel is given some very serious moments that allow us to empathize with him as a character. One in particular with an AI named MAV1S even tugs pretty hard at the heartstrings, yet doesn’t feel forced or out of place. It’s a very lovely sequence.

Finally, a comment on the movie’s message. Joel makes the point that while the surface may be dangerous, hiding out is not the answer. As humans, we can either live in fear and lock ourselves away, or we can take a risk and live a fulfilling and worthwhile existence. It’s a timely and relevant statement for the times we live in. Buy it. 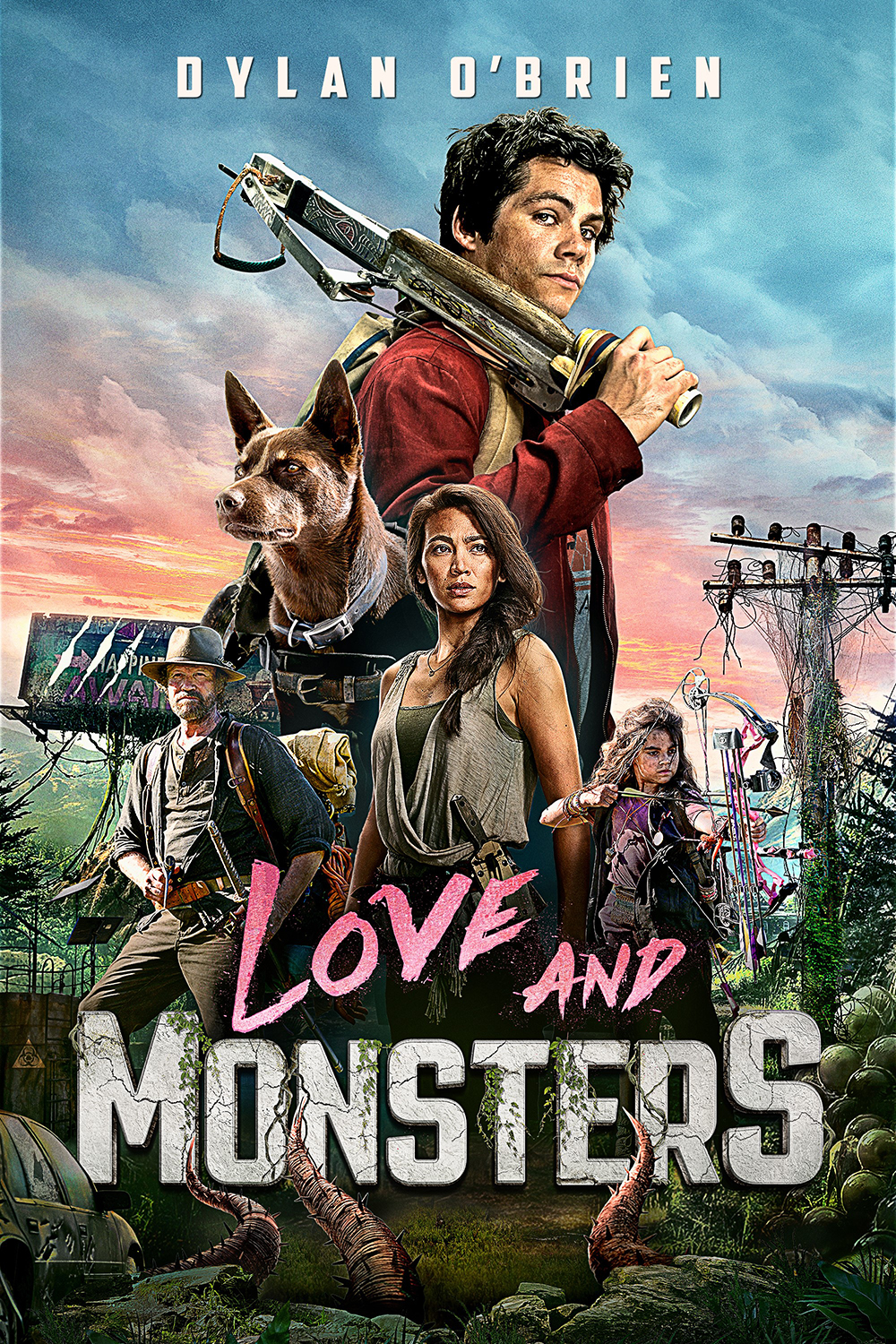 “12 Hour Shift,” about a drug-user nurse and her cousin trying to find a replacement kidney for an organ trafficker, starring Angela Bettis, David Arquette, and Chloe Farnworth; “My Dad’s Christmas Date,” about a sixteen-year-old girl who searches for a new mother figure/partner for her dad after her mom passes away, starring Joely Richardson, Jeremy Piven, and Anna Walton; “I’m Too Old for This Sh*t: A Heavy Metal Fairy Tale,” about how some dreams never die, starring Ed Aborn, Gregg Culbertson, and Hal Dunn; and “A**holes: A Theory,” a documentary about my people for which I question the validity since I was not interviewed.