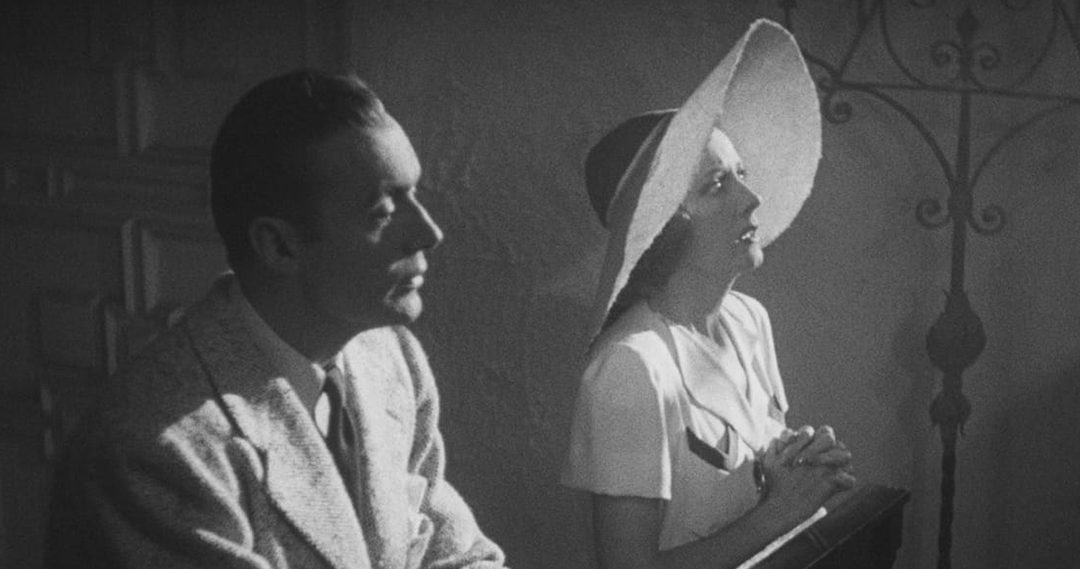 “Eternals” is also new to Blu-Ray this week.

I love old movies, but the problem with watching them is that I can’t help but compare them to today’s movies. While great movies are certainly still being made today the world over, my general feeling about them is less positive than movies made decades ago. Some old movies are so darn good that they can’t help but highlight how shallow, mechanical, and joyless many movies are today.

Case in point is “Love Affair,” which finally receives a much-deserved Criterion Collection Blu-ray release today. It easily puts the majority of movies made today, regardless of genre, to shame. Part of the reason I feel this way, I am sure, is because it was made in the 1930s, my favorite decade for movies (the 1970s are a close second), and it came out in 1939, the king of great years for movies. Throw in the fact that it opens with the RKO logo and I’m already starting my viewing with a smile on my face.

Watch as many movies as you want—including this one’s two remakes, “An Affair to Remember” from 1957 and “Love Affair” from 1994—and you will not find better chemistry between two leads. Irene Dunne plays Terry McKay, a former night club singer, and Charles Boyer plays Michel Marnay, a French playboy. Both are on a steam ship from Paris to New York. The pair meet on board, then they meet again, have dinner together, and engage in playful banter. The writing by Delmer Daves and Donald Ogden Stewart is commendable, as is the direction by Leo McCarey. The rhythm and tone by the actors speaking the dialogue is musical in nature, with carefully timed pauses, restarts, and redirections that brought to mind David Mamet. I can’t help but wonder if it’s great writing like this that influenced him.

As great as the dialogue is, especially in the first act on the ship, McCarey is no slouch in the visuals department. A funny, well-framed sight gag involving the couple getting separate tables at dinner to avoid gossip gave me a good chuckle. Even better, a delightful sequence takes place on a stop to Madeira, in which Michel visits his grandmother (Maria Ouspenskaya). While there, he and Terry walk into a nearby chapel and kneel at the altar. The light shining through the side window bathes the chapel in just the right glow, made even more striking by the contrast of light and dark inherent in black and white. There are two shots in this scene that are worth pausing to admire. They’re that stunning.

Once in New York, the remainder of the story centers around the couple, who have completely fallen for each other on the voyage, agreeing that if things don’t work out with their current significant others, they will meet at the top of the Empire State Building in six months. When the day comes, there’s a cruel twist of fate that will prove to modern audiences that Fifth Avenue was just as crazy in 1939 as it is today. But what’s key is not what happens, it’s how we feel about it. We spent time with these characters and got to know them well. As a result, we care about their lives and what happens to them. More than that, both actors are extremely charming and likeable, and we root for good things for them.

The story culminates in a scene that, taken on its own separate from the rest of the movie, would make a compelling short film. The tension is palpable as a secret is kept as best as possible. The underlying suspense of the scene is worthy of Hitchcock. We may know in the back of our minds how it will turn out, but watching the scene and being engaged with the interaction of the characters is enough to put a lump in your throat. This is great movie making on all levels. Buy it. 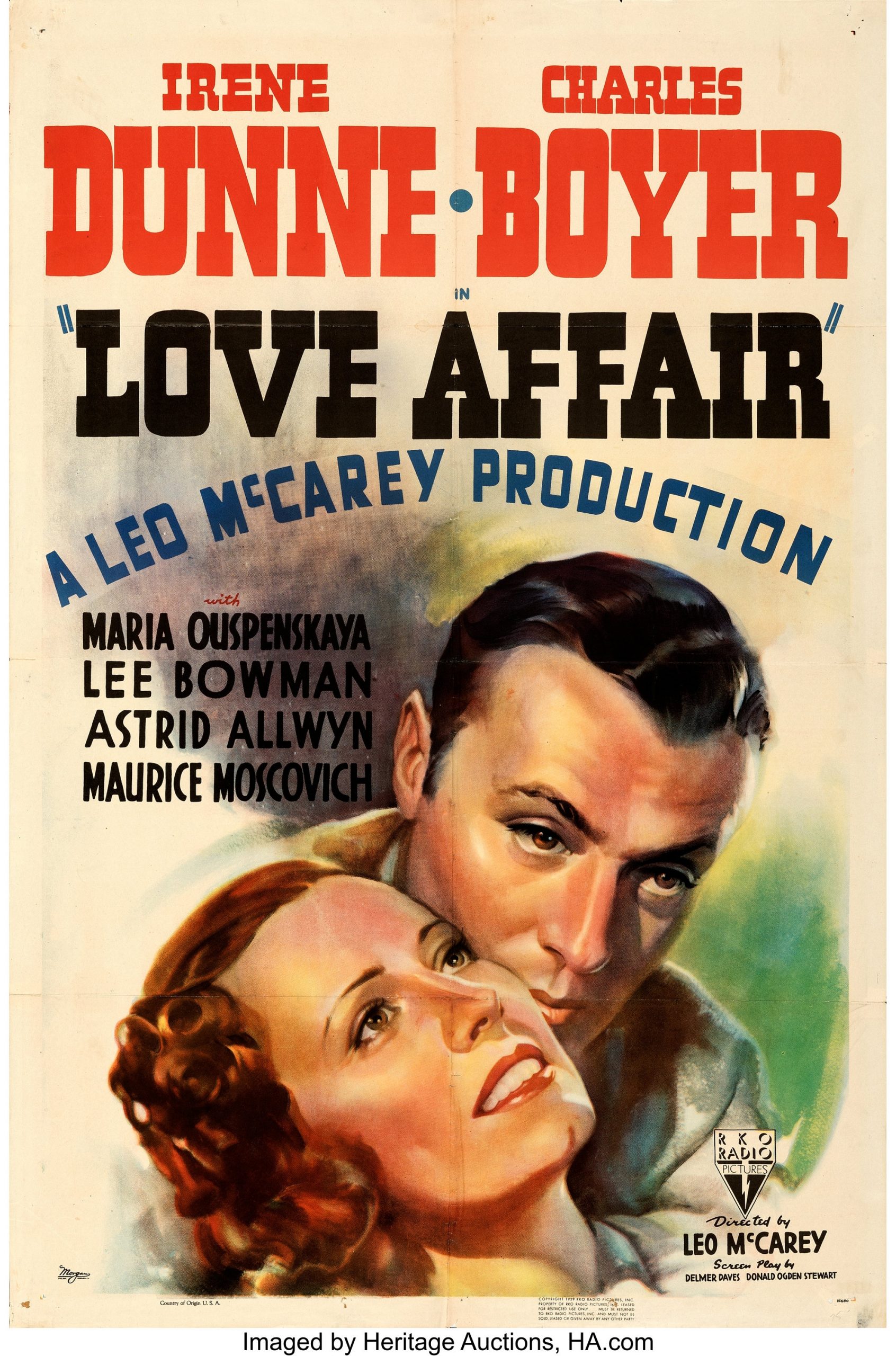 The problem with Marvel’s box office flop “Eternals” can be summed up in one word: structure. The main issue being that we meet our heroes in flashback in 5,000 B.C. as they make their way to Earth, and then we meet them again in present day after they’ve disbanded and have to come together again. Worse, when they do come back together, the journey is to one at a time with little urgency toward a main goal.

The writers would have been better off focusing on the Eternals battling nasty creatures called Deviants and defeating them for the first movie, then having them disband and come back together for a second movie. As it is, “The Eternals” tries to be two movies in one, with the first movie (what we get in flashback) getting short changed and the second movie (present day) dragging on. The very end credits—after the mid and end credit cookies, of course—state that the Eternals will return. After this movie, that feels more like a threat than a promise.

There is enough visual splendor and fun performances by Kumail Nanjiani as heroic Kingo and Harish Patel as his valet (the only actors who looks like they’re having fun, the rest look equal parts bored and constipated) to warrant a Stream it for Marvel fans who feel obligated to keep up with what’s happening in the MCU (why else do people still watch these movies?), but casual moviegoers are better off saving two and a half hours of their precious free time and Skip it. 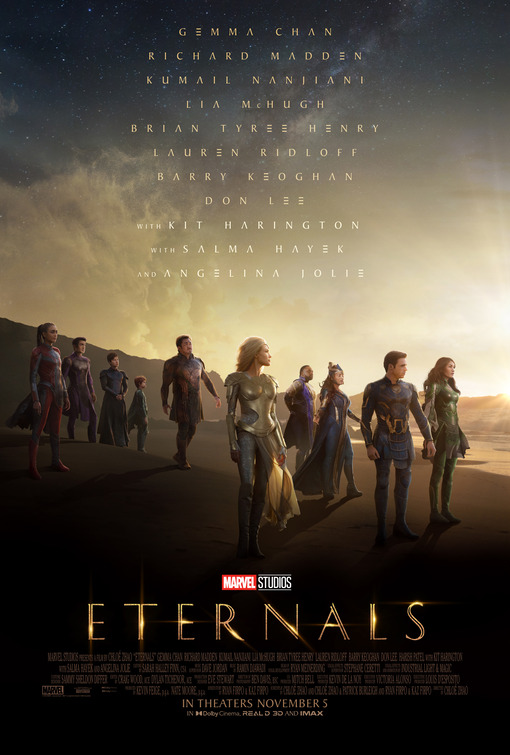 “Settlers,” in which mankind’s earliest settlers on the Martian frontier do what they must to survive the cosmic elements and each other in this science-fiction thrill ride, starring Sofia Boutella, Jonny Lee Miller, and Nell Tiger Free.