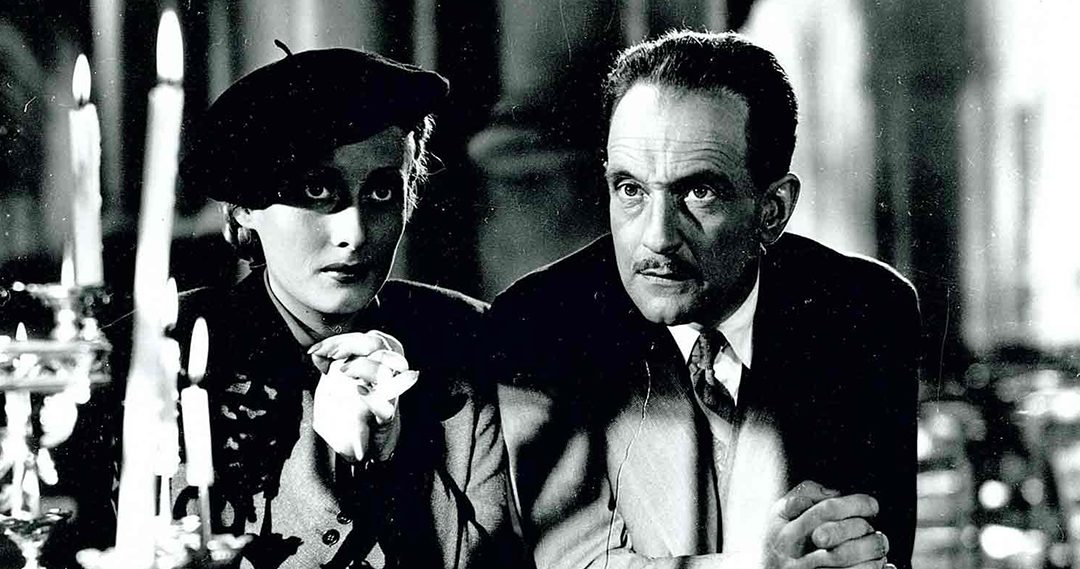 “Vengeance” is also new to Blu-Ray this week.

In spite of the fact that “Le Corbeau” is a French movie from 1943, its themes are still relevant today, and to the United States. It turns out that cancel culture and the nasty people who partake in it as they get off on ruining people’s lives is not a new thing. Though, rather than anonymous trolls and keyboard warriors on the internet stirring up trouble on social media, here we have an anonymous writer of poison pen letters known as the Raven (the “Le Corbeau” of the title) stirring up trouble for a doctor in a French town.

The doctor is an uptight, overly serious man named Rémy Germain, played by Pierre Fresnay in such a straightlaced and tight-lipped way that it looks like a smile hasn’t crossed his face in decades—if ever. But lack of humor is the least of Germain’s problems. He has two greater weaknesses that are far easier to exploit. The first is that he’s an abortionist. It’s a trade he does his best to practice in secret, but in a small town such as his, word travels fast. The second weakness is that the doctor is having an affair with Laura Vorzet (Micheline Francey), the wife of psychiatrist Dr. Michel Vorzet (Pierre Larquey), who works with Germain at the local hospital.

As letters from the Raven arrive to each of the characters, word spreads around town, suspicions mount, and tensions increase. The townsfolk whip into a frenzy trying to figure out who the nasty letter writer could be. Whoever they are, their intention is clear: they’re out to cause trouble and destroy lives, and until they are caught, anyone could be next and no one is safe.

“Le Corbeau” was directed by Henri-Georges Clouzot a decade before he came to international fame with “The Wages of Fear” in 1953 and cemented his noteworthiness as “The French Hitchcock” with his twisted, brilliant, must-see 1955 suspense masterpiece “Diabolique.” “Le Corbeau” sits in roughly the first third of his directing career, and in it we can see the building blocks of his tightly wound suspense pieces to come.

My favorite example of this is a scene involving a piece of paper. As a funeral procession makes its way through the town, with all the townspeople following behind the hearse wagon, a piece of paper falls from the coffin and on to the street. This is undoubtedly the next letter from the Raven, and much like the townsfolk, we in the audience are craving to find out what it says. An old man bends down to pick it up. Just before he can grab it, a police officer stops him. Looks like the cop might pick it up. Nope. They keep walking. Row after row of townspeople walk by the paper. There’s a wonderful high angle shot of the road as lines of townspeople veer to the left and to the right of the paper, giving it a wide berth as they walk past it. It’s almost as if the “poison” in the term “poison pen” is literal in their minds and they’ll be infected if they touch it. Not only is this masterfully staged and shot in a suspenseful way, but it leaves us in the audience on the edge of our seats, sitting there with playful anxiety and helpless to do anything about it, as we wonder whether the letter will be picked up and if we’ll ever find out what’s in it. I could write what happens, but a great scene such as this should never be spoiled, and this “Le Corbeau” should be watched so you can see for yourself. Buy it. 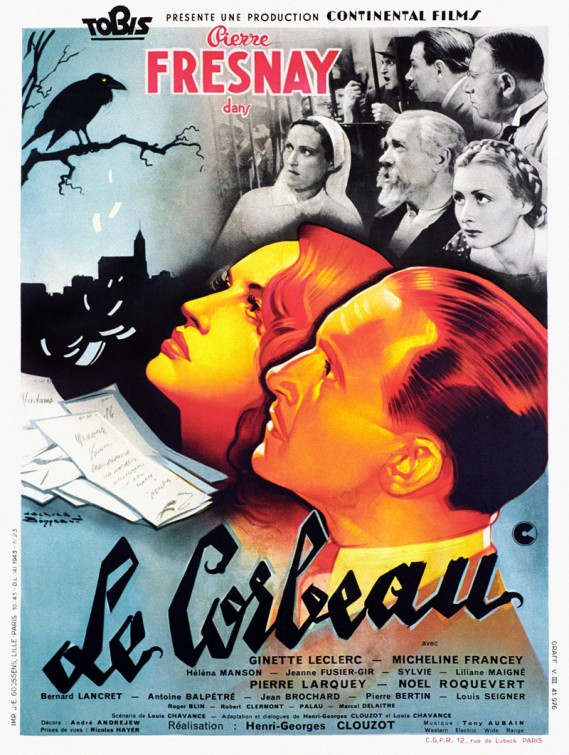 “Vengeance,” in which a radio host from New York City attempts to solve the murder of his girlfriend and travels down south to investigate the circumstances of her death and discover what happened to her, written by, directed by, and starring B.J. Novak.