Blu-Ray Pick of the Week: Land 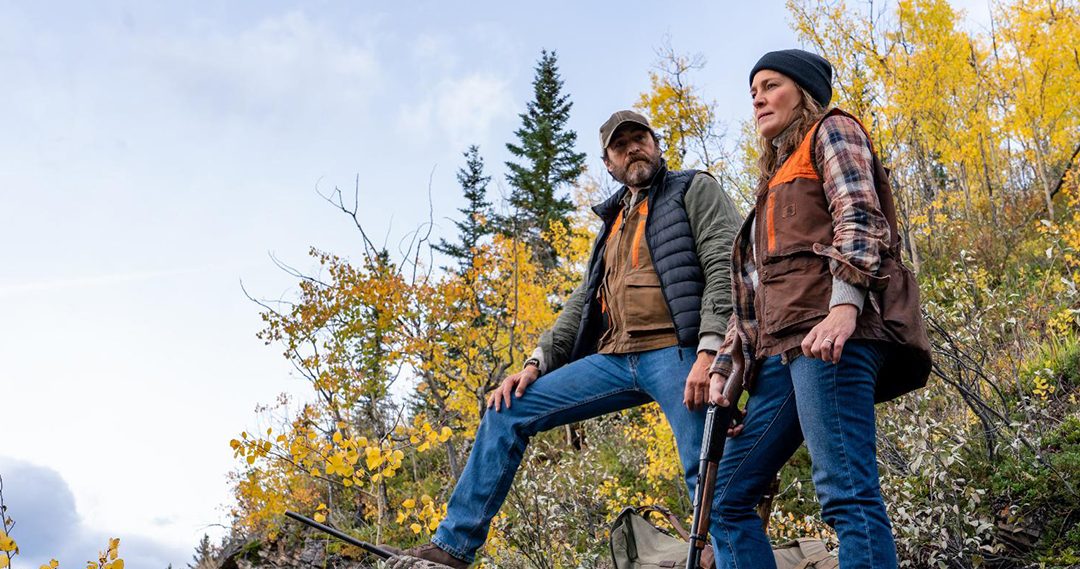 “The Marksman” is also new to Blu-Ray this week.

Oftentimes a human being is the star of a movie. Occasionally, it’s an animal. Rarely is it something that would otherwise be an inanimate object. Even more rarely is a movie’s star a place. However, as the title suggests, the rugged, mountainous terrain seen in “Land” is the star of the show.

Director Robin Wright and cinematographer Bobby Bukowski never miss an opportunity in the 89-minute runtime of “Land” to show off the beautiful, majestic vistas the terrain they’ve chosen to film in has to offer. All seasons and all times of day are shown. If there’s one movie that exhibits the glorious beauty of our natural habitat, this is it.

Filming took place in Alberta, Canada, so that is what we’re seeing. However, the movie’s one-sentence slug line on IMDB says, “A bereaved woman seeks out a new life, off the grid in Wyoming.” Interesting that it has to be Wyoming since after the woman, whose name is Edee and is played by Wright, leaves big city life in Chicago and buys a rustic cabin in the middle of the wilderness, it’s never specified where she goes. I see no problem story-wise with her heading off to Canada. Still, Wyoming is one of the USA’s most beautiful states, competing well with Alaska and Maine, so I have no objection to gorgeous Alberta as a stand in. Toronto has served as New York City in countless movies. Why can’t Alberta be Wyoming?

As Edee quickly learns, the beautiful view comes with a price. Cut off from civilization with no phone, no light, no motorcar, and not a single luxury, she needs to fend for herself. The hurdle for Edee is that she has no wilderness experience and is a city lady through and through. She learns as she goes and tries to teach herself as best as she can the survival skills of fishing, hunting, wood chopping, coping with the elements, and dealing with wildlife—including bears. Given her background, she’s an absolute wreck at all of these much-needed skills. Once her canned goods and fire wood run out, it looks like it’s the end.

Luckily for her, she’s found by a kind-hearted sportsman named Miguel (Demián Bichir). Not only does he look after Edee and play a part in nursing her back to health, he has the skills that she doesn’t in order to survive. Miguel is both companion and mentor to Edee, teaching her how to do all of the things she needs to do if she plans on staying in the cabin for the long term without starving or freezing to death. At one point, Edee even refers to Miguel as her “Yoda,” which is an apt description.

The relationship between Miguel and Edee stays platonic, for which I commend co-writers Jesse Chatham and Erin Dignam, as they could have gone with the very obvious low-hanging fruit and made this yet another relationship drama. The pair become chummy and interact the way a couple of same-sex friends would, trading friendly barbs and sharing their love of ‘80s music. I appreciate that the focus of “Land” remained on the theme of loss and moving on in life to find meaning after unspeakable tragedy.

Kudos to Wright as well for doing what I like seeing all beautiful actresses do at least once, which is turn in a non-vain, non-made up, show the dirt on her face performance. If you’re looking for a movie in which the female protagonist wakes up in the morning with un-mussed hair and perfect lipstick and eyeliner, look elsewhere. Wright plays a woman beat down mentally, emotionally, physically, and spiritually by life—and she plays the part fearlessly. Her character provides a sharp contrast to the star of the show: those beautiful “Land”-scapes. Buy it.

Within moments of first meeting Arizona cattle rancher Jim (Liam Neeson) in “The Marksman,” he takes out a scoped hunting rifle and puts down a predator that’s killed one of his cattle. His deliberate, quiet movement and stoic nature as a man who does what has to be done, even if it’s killing, reminded me of Clint Eastwood. I even made a note that this is the type of role Eastwood would have played twenty years ago.

Director Robert Lorenz must have noticed this too because in one scene midway through, Jim and his young traveling companion Miguel (Jacob Perez) are watching a movie in a motel room. That movie just happens to be 1968’s “Hang ‘Em High,” starring Eastwood. I do not think this is a coincidence.

The reason Jim and Miguel are together is because Jim stopped Miguel and his mother Rosa (Teresa Ruiz) sneaking through the border. What he didn’t realize at the time was that the pair are on the run from the Mexican cartel. After Rosa is killed, it’s up to Jim to transport Miguel safely from Arizona to his family in Chicago, all the while narrowly escaping the cartel.

“The Marksman” does its job as a suspenseful chase movie. The cartel employ various methods to stay on their tail, including credit card tracking and corrupt law enforcement officers. We see how they intend to ensnare Jim and Miguel and the excitement is in watching how they get out of the cartel’s traps. There is also of course a bond that forms between Jim and Miguel. We spend enough time with them where it feels heartfelt and genuine. While “The Marksman” may not redefine the buddy/chase/road movie, it hits all the right notes and is a worthy watch. Rent it. 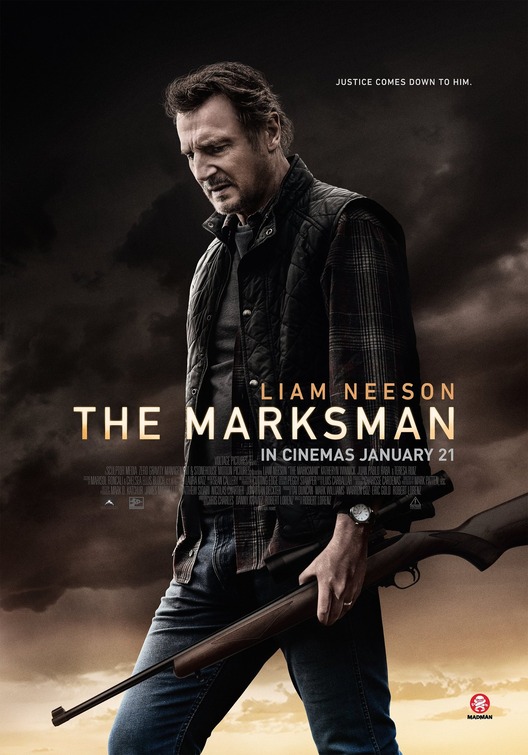 “Justice Society: World War II,” about a group of heroes aiding the allies in World War 2 who acquire an ally from the future who sends them on an adventure that changes history, featuring the voice talent of Stana Katic, Matt Bomer, and Omid Abtahi; and “The Mauritanian,” about a detainee at the U.S military’s Guantanamo Bay detention center who is held without charges for over a decade and seeks help from a defense attorney for his release, starring Jodie Foster, Shailene Woodley, and Benedict Cumberbatch.