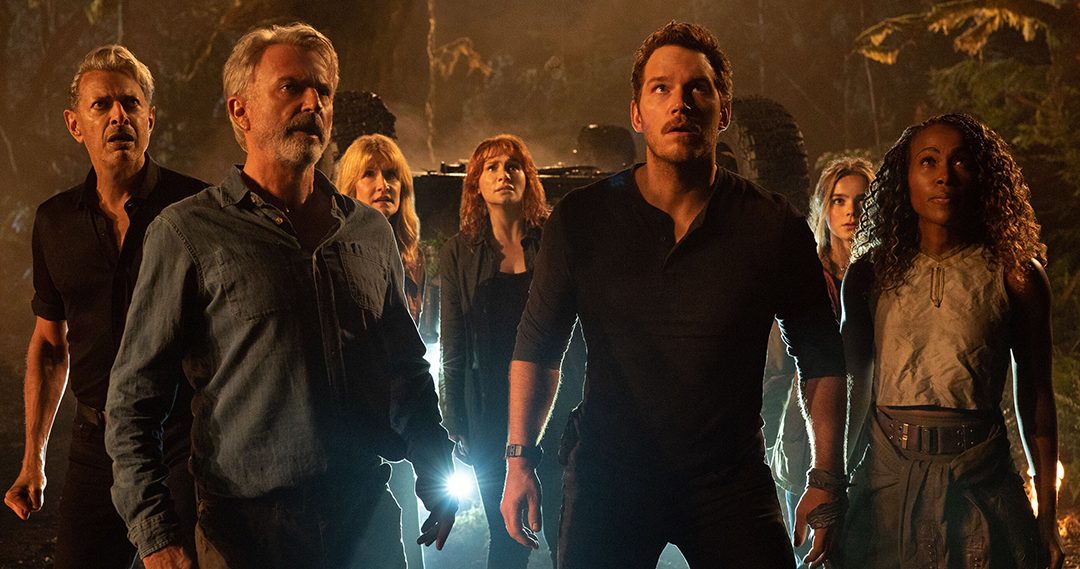 “The Black Phone” is also new to Blu-Ray this week.

The awe, wonder, majesty, and splendor of digitally rendered dinosaurs is back in “Jurassic World: Dominion,” as are all the big, noteworthy human characters who are still alive, including Owen Grady (Chris Pratt), Claire Dearing (Bryce Dallas Howard), Ellie Sattler (Laura Dern), Alan Grant (Sam Neill), Ian Malcom (Jeff Goldblum), as well as last and least but still worth mentioning, Henry Wu (BD Wong). The story is a well-crafted epic adventure so engaging I barely noticed the run time is around two hours and fifteen minutes (then there are twelve minutes of credits).

There are two story lines that fold into one. The first involves Grady and Dearing trying to raise young teen Maisie Lockwood (Isabella Sermon) as their own while keeping velociraptor Blue, as well as Blue’s young offspring, as free roaming pets. They’re isolated in the wilderness until one day baddies from a global corporate genetics lab called Biosyn kidnap Maisie as well as Blue’s child. The chase is on to track down the Biosyn scum bags and get back the young ones.

Simultaneously, a swarm of giant size locusts are terrorizing the Midwest, destroying crops that are sprayed with Monsa—err, I mean, Biosyn—chemicals. This is when Sattler tracks down Grant to aid her crusade in stopping the locusts, and they in turn head to the gorgeous Dolomiti mountains in Italy where Biosyn’s base of operations is located. It’s here where they run into Malcolm, who at first seems as aloof as ever but aids them in their quest to collect evidence.

Since both stories involve Biosyn, it’s easy to see where this is going. The two story lines eventually fuse together and become one as characters from the “Jurassic Park” and “Jurassic World” movies team up to end Biosyn’s corruption and rescue the kids, all the while evading the multiple predatory carnivorous dinosaurs on the prowl. All the classic “Jurassic” tropes are present, custom tailored to fit the needs of this story.

“Jurassic World: Dominion” is a rich movie in that it nourishes the mind as well as the gut. Important moral and ethical questions are raised regarding mankind’s responsibility toward the dinosaurs we brought back from extinction. We see dinosaurs inhumanely locked in cages and used as trained killers. I have absolutely no doubt that if dinosaurs existed, horrible human beings would treat them this way, and it’s sad. Questions regarding the appropriateness of tampering with DNA also arise. The presence of Maisie Lockwood herself opens a whole can of worms regarding human experimentation. This is what good science fiction does: it stimulates our imagination while at the same time prompting us to question the implications and ramifications of heading down a certain scientific path.

But it’s not all a big brain exercise. This is a “Jurassic” movie, which means that there’s plenty of exciting, mostly dinosaur related action along the way. One action sequence in particular involving a motorcycle, a plane, and trained-killer velociraptors belongs on the highlight reel of everyone involved. Adding to the impact of such a scene, the visual effects are the best they’ve ever been, and the dinosaurs feel like they have a true weight and presence.

“Jurassic World: Dominion” is the culmination of almost thirty years of movie history. While I’ve never been a huge fan of the franchise, I’ve always respected it and understood how it’s entertained millions for the past three decades. Everything wraps up and ends perfectly here, with a refreshing amount of respect to legacy story and characters (Kathleen Kennedy and Robert Kurtzman should watch and take notes). The franchise should end on this high note. I can only pray that greedy Universal executives are wise enough to keep their hands off it and leave it to history where it belongs. Buy it. 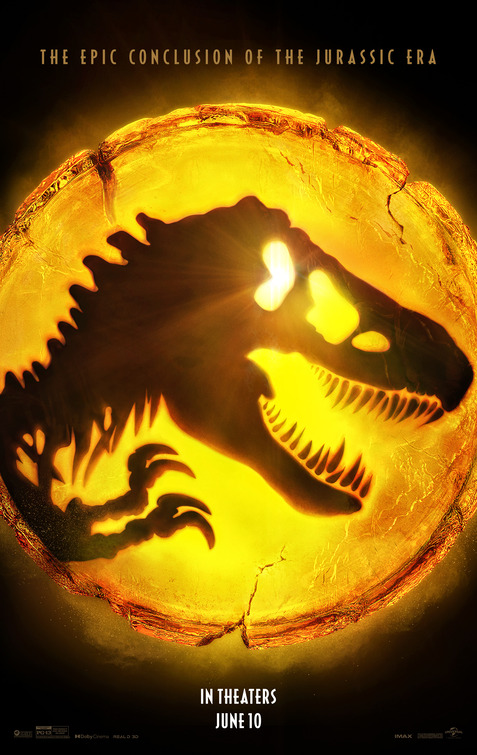 “The Black Phone” has a terrific concept that offers a clever twist on the captive child premise and features great performances by Mason Thames as the kidnapped Finney and Ethan Hawke as his Oni mask wearing captor, known as the Grabber. Shame then, that such a concept and acting talent are undercut by a subpar plot that raises some big questions that really should have been answered.

It’s understood from the backstory that Finney and his foulmouthed (hilariously or horrifyingly, depending on how you feel about kids cursing up a storm) sister Gwen have psychic abilities. At least we know that she does, which her father (Jeremy Davies) believes she inherited from her mother. This freaks him out and he punishes her for it, mostly while drunk. To his credit, Davies gives his all to the role, but can we retire the drunken, abusive father stereotype already? It’s so played out. At least he’s her biological father and not a stepfather. If he was step, the character would have hit the hack writing trifecta.

Finney discovers his powers after he’s taken by the Grabber. For some reason, there’s a black phone on the wall in the basement where he’s held. The Grabber tells him that it doesn’t work. However, Finney can hear it ringing. Apparently, the Grabber can also hear it ringing, but that is mentioned in dialogue once and has no consequence on the plot. When Finney answers, the voice on the other end are all of the Grabber’s previous, now-deceased victims. Each one has information for Finney to help guide him through his ordeal and get revenge on the Grabber for them. Meanwhile, Gwen has visions in her dreams of real places that may help the police catch the Grabber.

This is all well and good for a story idea, but the screenplay is half-baked. Perhaps it’s because “The Black Phone” is based on a short story. I’ll say that’s a reason, but not an excuse. It was the duty of co-writer and director Scott Derrickson to use his imagination and provide necessary details to make a coherent story.

There’s a severe lack of detail I’m particularly hung up on regarding a man with a cork board who’s trying to solve the Grabber case on his own. Who he is, where he lives, and the geography and logistics of the situation require explanation, and we are given none. That, plus the idea that a young girl’s dream provides sufficient probable cause for a raid on a private residence had me rolling my eyes. While it is refreshing to have cops who believe in something paranormal, it’s that kind of recklessness that gets cases thrown out of court and allows criminals to roam free, and they’re smarter than that.

I can only guess as to what another rewrite or two could have done to firm up “The Black Phone.” It might have been something special, rather than something mediocre. Stream it. 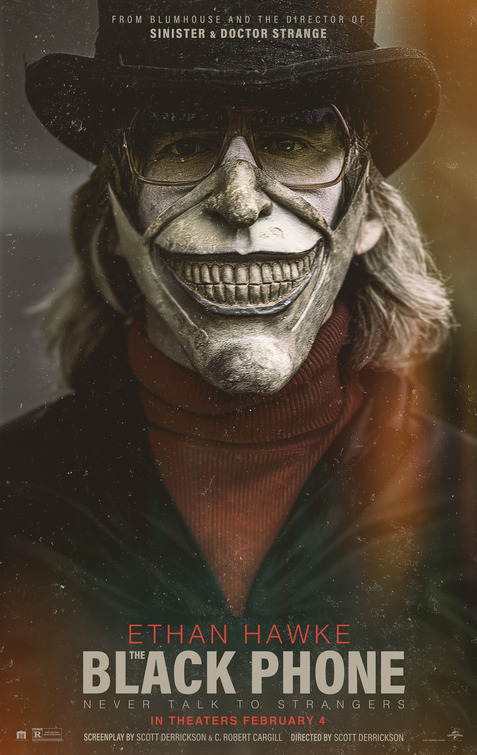