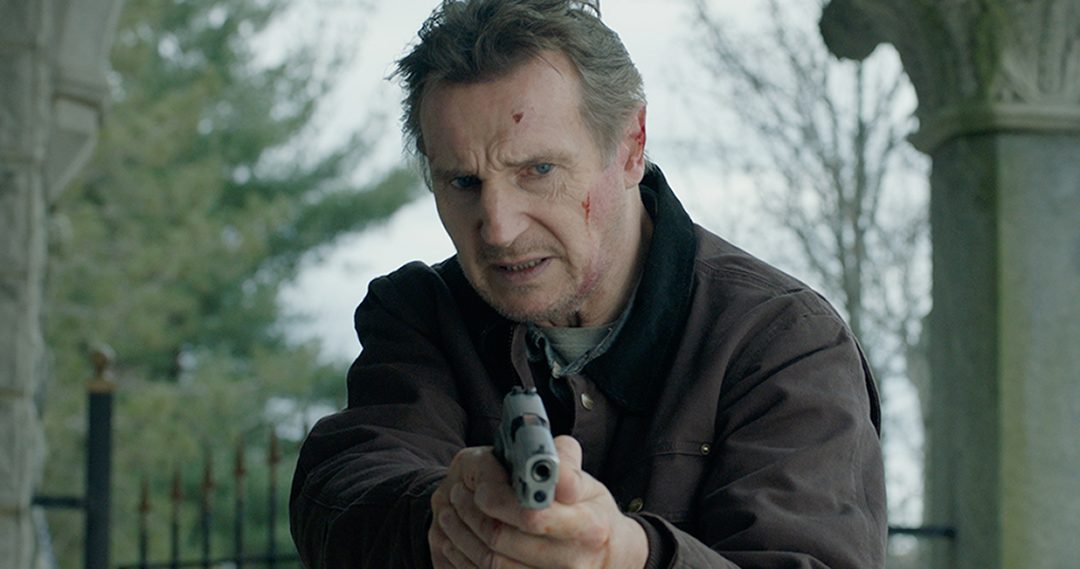 “The Last Shift” is also new to Blu-Ray this week.

“Honest Thief” reminded me of a thought I had in regard to Liam Neeson while watching “Taken 3” in 2014: He shouldn’t run. He can still walk, fight, shoot, drive, and growl his lines like the second coming of Clint Eastwood—that still looks and sounds great. However, the running is where he shows his age. Neeson is no spring chicken (he’s 18 months away from turning 70) and he looks like one wrong step will throw his back out. Not the best optics for an action star.

Co-writer/director Mark Williams must have figured this out too, since aside from a brief run after Neeson’s Tom Dolan gets into a scuffle with two corrupt FBI agents played by Jai Courtney and Anthony Ramos, we don’t see him run. Even after a scene where Dolan has an encounter with good FBI agent Sean Meyers (Jeffrey Donovan), he doesn’t run away as much as he simply vanishes on the empty streets. Fair enough—Neeson is the man who mentored both Batman and Obi-wan Kenobi after all.

The reason for the dealings with the FBI is because Dolan is a bank thief who, after amassing nine million dollars over the course of eight years, wants to turn himself in. In a head slapper of a moment that left a mark on my forehead for the rest of the day, Dolan hands the keys to a storage unit over to the corrupt agents. This storage unit contains three of the nine million dollars. Once the two young FBI agents see the boxes of money with no one there to check them, they get greedy. Things go from bad to worse when their supervisor (Robert Patrick) gets in the way and is killed. The rogue FBI agents of course attempt to frame Dolan. “Honest Thief” takes off fast after this incident as Dolan goes on the run to clear his name.

The plot is enticing and the wrongly accused man scenario is Hitchcockian. However, this would all be meaningless noise and movement without a proper motivation for Dolan. This comes in the form of Annie Wilkins (no “Misery” fans, Kathy Bates’s character was named Annie Wilkes—trust me, I looked it up after hearing the name and having the same thought), played by Kate Walsh. After meeting her in one of the most surprisingly charming and funny meet-cutes I’ve seen in a while, things get serious. Dolan wants to spend the rest of his life with her, and to do that properly, he doesn’t want to have to lie about his past.

I really like the writing on Annie. She serves as a stand-in for the audience as she (and we) try to figure out what to make of Dolan. She asks all the right questions and allows Dolan to give his back story. After she decides that she can trust him, there are two instances where it looks like she’ll be swept out of the picture. Thankfully she is not. She is a smart, capable, and trustworthy ally to Dolan in addition to serving as the movie’s heart. While “Honest Thief” may be an action thriller, the best scenes are the quieter ones between Neeson and Walsh.

I’d be remiss if I didn’t comment on one more thing: an explosion toward the end. I understand not being allowed to blow up an actual home in a residential neighborhood, but CGI has advanced far enough where it can look real. In “Honest Thief” it does not. The CGI fire is on par with television 15 years ago. It’s really jarring with how incredibly fake it looks, something that will be exacerbated by large, high definition televisions. The saving grace is that the movie wraps up quickly afterward and by then has built up enough good will to give it a pass, but wow—average video games have more convincing fire. Try to look past it and enjoy the good qualities “Honest Thief” has to offer. Rent it. 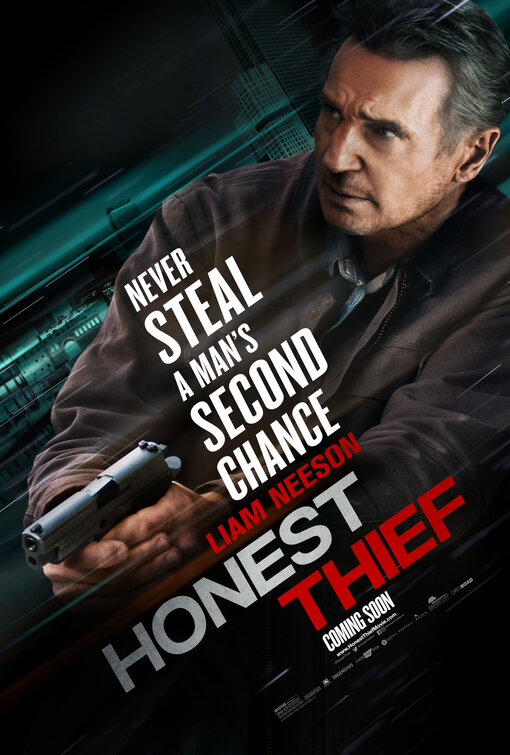