Blu-Ray Pick of the Week: Godzilla vs. Kong 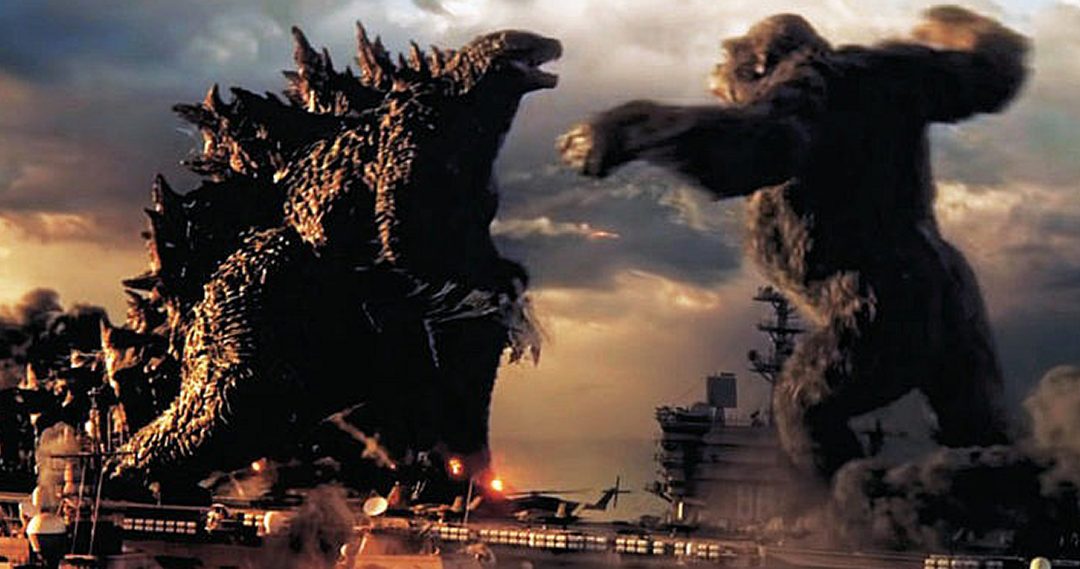 “Voyagers” is also new to Blu-Ray this week.

Here’s what many of you want to know about “Godzilla vs. Kong”: Does it deliver on pitting the giant ape and giant reptile against each other in satisfying knock down, drag out fights that result in tons of collateral damage? Yes. It does. It better after an opening credit sequence with a bracket that looks like it’s from a UFC tournament. If this is your only or even your primary reason for wanting to watch, you’re all set. Enjoy.

For those who care about the human element and the story, there’s some of that too. If anything, “Godzilla vs. Kong” is front loaded with so many characters, locations, and exposition that it made my head spin. But it’s a smart move on the part of screenwriters Eric Pearson and Max Borenstein. They set up the characters and the premise right away and set them in motion so that they don’t have to stop the action for an exposition dump during smashy-smashy time.

The catalyst for the story is when Godzilla, thought to be a friend of humanity after defeating Ghidorah in 2019’s “Godzilla: King of the Monsters,” attacks Pensacola, Florida, seemingly unprovoked. At least that’s the official stance of Walter Simmons (Demián Bichir), head of a research and development company called Apex, which is based in Pensacola. He says Godzilla must be stopped, and the way to do this is to gain power from the center of the Earth and use it against the big lizard.

This leads Simmons to recruit hollow Earth scientist Nathan Lind (Alexander Skarsgård) to lead an expedition through a tunnel in Antarctica and to the Earth’s core, where there isn’t magma, but rather a whole other ecosystem that is the origin of titans like Godzilla and Kong. Lind needs Kong to help him find the power source once through the tunnel, so he relies on his colleague Ilene Andrews (Rebecca Hall) and her adopted daughter Jia (Kaylee Hottle), who has formed a bond with Kong, to lead him there. Joining the expedition’s crew at the last minute is Walter’s daughter Maia Simmons (Eiza González), one of those women who mistakes being a stone-cold bitch with having a personality.

As they set out on their journey, so too does Madison Russell (Millie Bobby Brown). She’s a fan of conspiracy podcaster Bernie Hayes (Brian Tyree Henry), who is also an Apex employee. He knows Apex is up to something shady and wants to expose the truth to the world. Madison tracks down Bernie with the help of her friend Josh (Julian Dennison), and the three of them break into Apex to find out what’s really going on. Madison’s father Mark (Kyle Chandler) is in the movie in a peripheral way. His role is essentially a cameo one where we occasionally cut to him for thirty seconds or so as he deals with issues at Monarch and worries about his daughter.

The standout in “Godzilla vs. Kong” is Bernie, who is a wonderfully energetic and fun character, providing some laughs and some insights about GMO crops and tap water along the way. He even mentions the Illuminati at one point. Funny though he may be, the movie takes his assertions seriously and paints him in a positive light, since after all he is right about the covert operations at Apex and therefore who knows what else he’s right about. The movie even gives us a wink by having the secret operation located on sublevel 33 of the Apex facility, no doubt in reference to the also secretive 33rd degree of freemasonry and the enigmatic Club 33 at Disneyland. It all feeds into it in a fun way and adds a layer to the story.

But as far as the story goes, that’s pretty much it. We follow our humans as they seek their goals and Godzilla and Kong battle it out a few times along the way. I have to give special points to the creativity of the ocean battle. It’s interesting to see Kong out of his element, fighting Godzilla in his, and how he handles himself. When the big monster battles do move to a city, we get the showdown we’ve been waiting to see as two titans go at each other while buildings crumble all around them causing untold destruction. This time, the usual monster/disaster movie punching bags of Tokyo and San Francisco get a break and the big fight takes place in Hong Kong. Honestly though, that city is such a gaudy neon nightmare that having a couple of oversize monsters wreck it is an improvement. Buy it, and be sure to watch it on the biggest screen with the best sound system you have. 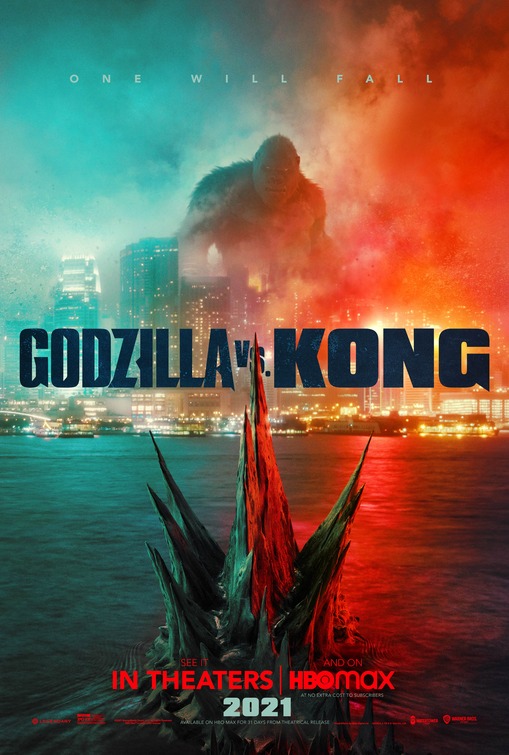 “Voyagers,” which chronicles the odyssey of 30 young men and women who are sent deep into space on a multi-generational mission in search of a new home and the problems they encounter along the way, starring Colin Farrell, Tye Sheridan, and Lily-Rose Depp; “French Exit,” in which an aging Manhattan socialite living on what’s barely left of her inheritance moves to a small apartment in Paris with her son and cat, starring Michelle Pfeiffer and Lucas Hedges; and “Resurrection,” about the death and resurrection of Jesus and its impact on his followers, starring Joanne Whalley and Greta Scacchi.