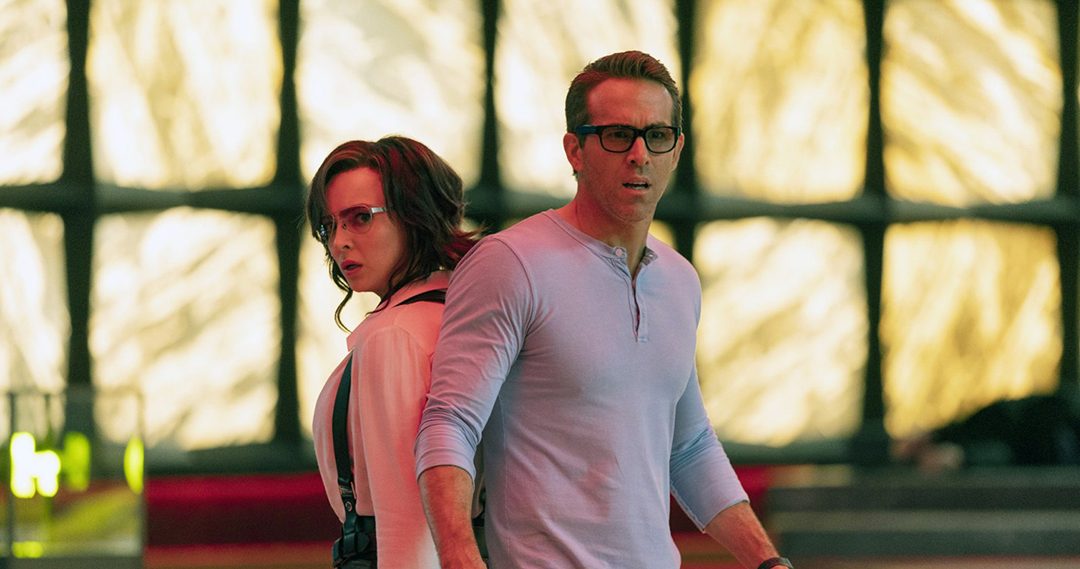 “The Green Knight” is also new to Blu-Ray this week.

To understand the concept of “Free Guy,” one must first understand the term non-player character, or NPC for short. These are what in movie terms would be called extras, or background characters. They’re not an integral part of the story, and are just there to fill in space and populate the world that the main characters inhabit.

Guy (Ryan Reynolds) is one of these NPC characters. His life consists of rising bright-eyed and bushy-tailed every morning in his studio apartment with his pet goldfish, dressing in the same clothes, getting his coffee the same way, going to the same job as a bank teller, bantering with his best friend Buddy (Lil Rel Howery), the security guard, and finally, getting down on the ground when “heroes” storm into the bank and rob it. Guy lives in Free City, a video game world where horrific acts of violence occur and no one bats an eye.

This is due to the aforementioned “heroes” in Free City, who can be identified by their sunglasses. They have all the coolest clothes, cars, motorcycles, secret hideouts, and weapons. Their sunglasses allow them to see things, like health kits, that the NPCs can’t see. The heroes are also on a level up system where the more they level up the more great stuff they can get. To do this, they complete various tasks around the city, like robbing the bank. Throughout the day, Free City sees its fair share of police chases, helicopter explosions, tank patrols, pedestrians getting run over, and of course, acts of random violence followed by an immediate teabagging. The classics never grow old.

What makes Guy so compelling is that his artificial intelligence (A.I.) expanded so that he’s more than a daily routine and a catchphrase. One day he sees the hero avatar of a player named Millie (Jodie Comer) walking down the street and is immediately smitten. He tries to follow her into a players only area but is immediately hit by a train. He then concocts a plan to get some sunglasses of his own. These allow him to see what heroes see and level up as if he was a player. But instead of robbing banks and causing mayhem and destruction, he helps his fellow NPCs and defends them from what Millie at one point hilariously calls the “sociopathic man-child” tendencies of the players. Since this description is of the tendencies and not of the players themselves, yes, it does also apply to the thirteen-year-old girls who behave this way in the game.

This leads to the biggest surprise of “Free Guy.” While astute viewers well versed in cinema can see where elements of “Dark City,” “Ground Hog Day,” and “They Live,” are implemented into the story, and video game players can pick up on the “Grand Theft Auto” and “Saints Row” vibes, “Free Guy” has some interesting philosophical underpinnings all of its own. Free City is one in which the biggest jerks and griefers are the heroes while everyone else quietly puts up with it and lives their lives. What does this say about our society today? Those who challenge the norms are treated with hostility in Free City—check out what happens when Guy orders a cappuccino instead of his usual coffee. Those around him act out of fear rather than rationally thinking and asking questions. Sound familiar? Then there’s the layer of the story in which Guy is a computer program but has self-awareness and feelings. Is this life, or if not, then how is life defined? Just some interesting questions to probe and ponder amidst all the fun and frivolity of “Free Guy.” Rent it. 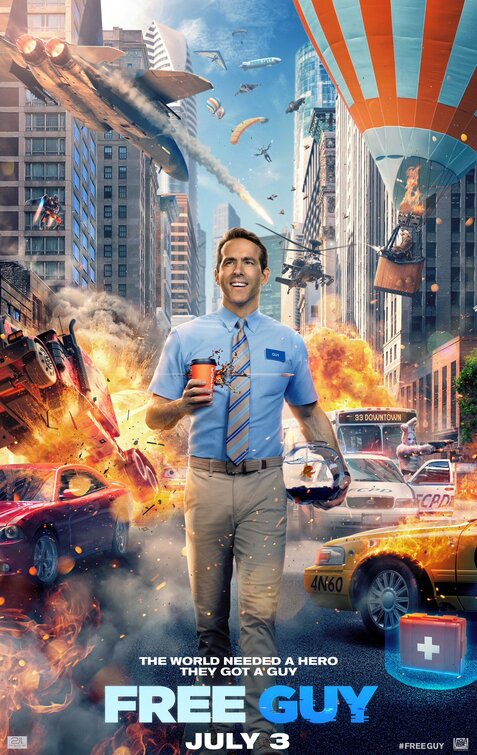 I can’t be the only movie reviewer who occasionally feels envious of the casual movie goer. After all, if a casual watcher sits down to watch a slow, boring slog of a movie like “The Green Knight,” they can nod off and get in a good nap. Even better, whatever dreams they have will be infinitely better than what’s on screen. I, on the other hand, had to endure this tortoise-paced snoozefest so that I can write in this review that it’s painfully boring.

Given that this is a retelling of the Arthurian chivalric tale of “Sir Gawain and the Green Knight,” I could also take umbrage with the casting of Dev Patel as Gawain, but I won’t. Patel is a good actor and for what’s there he played the part well. While I am sick and tired of movies being made by people who are at best pathetic virtue signaling sycophants and at worst completely stupid idiots who actually think that casting an actor of Indian descent in the role of King Arthur’s nephew is a good idea, I can let it pass in a movie this terrible with much bigger issues.

Increasingly more as of late, I get the feeling many movies are made by witless morons and talentless hacks. “The Green Knight” is a good case in point, as it’s flat, drab, unexciting, and unfulfilling. It’s a two-hour movie based on a classic tale of high stakes lessons learned that abandons all of the great themes and has no growth or character arc for Gawain at all. That’s the bigger travesty. Talk about missing the value entirely of “Sir Gawain and the Green Knight.” Not only is “The Green Knight” slow and boring, it’s ultimately completely pointless. I feel robbed of two hours. Until this movie, I didn’t think it was possible to massacre the story of Sir Gawain any more than what was already done by “Sword of the Valiant,” but here we are. “The Green Knight” makes that Sean Connery debacle look like a work of art. Skip it. 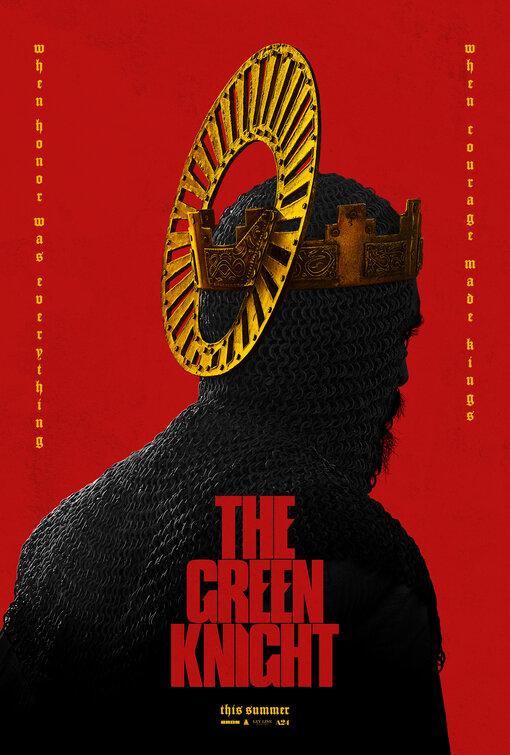 “Survive the Game,” in which a man’s life on his farm is interrupted when a cop and a pair of dangerous criminals show up, starring Chad Michael Murray, Sarah Roemer, and Bruce Willis.