Blu-Ray Pick of the Week: Freaky 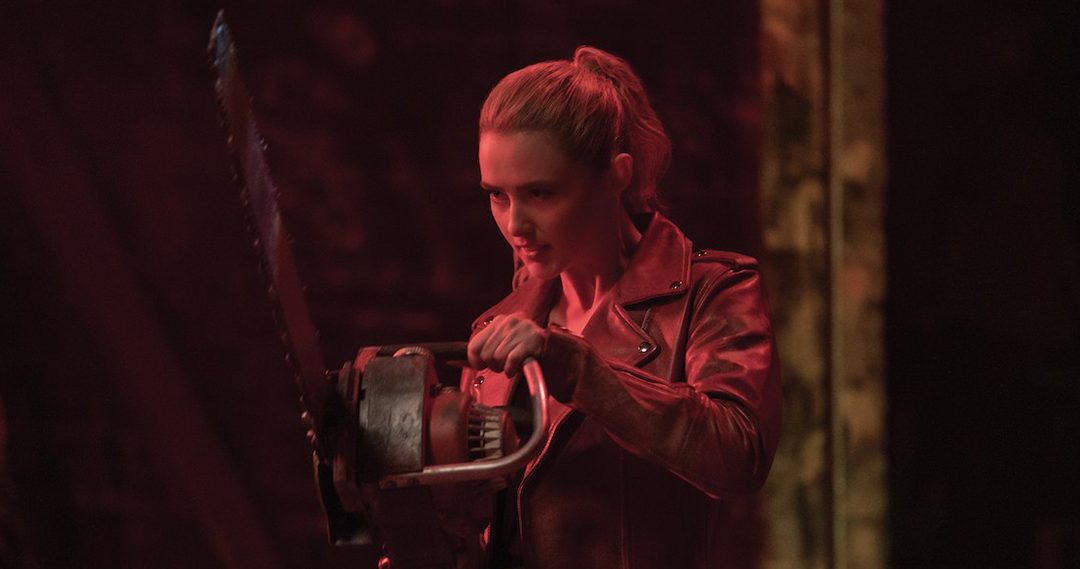 “Greenland” is also new to Blu-Ray this week.

A good sign that a movie is out to have fun and be entertaining is when it plays with the studio logo. It’s a signal to the audience that what we’re about to see is not a serious prestige picture, but rather something created for our amusement. It sends the message right from the get-go that it’s okay to sit back, shift our brains into neutral, and enjoy the ride ahead.

“Freaky” does this by presenting us with a red-tinted version of the animated Universal logo. Not only does this send the right message for this bloody and funny horror comedy, it’s also an appropriate color given what’s ahead. The opening sequence, in which we meet a deranged serial killer known as The Butcher (Vince Vaughn) and are introduced to the macguffin, an ancient knife that can transfer the consciousness of one person to another, is in itself a pretty good short film. It reminded me a lot of the opening sequence of “Scream” in that regard, though “Scream” builds tension around one character while “Freaky” relies on killing off four characters who are on screen just long enough for the actors to get SAG credit.

As per tradition in slasher movies, “Freaky” has a heroine. Her name is Millie (Kathryn Newton), a frumpy, awkward teenager who pines after cute jock Booker (Uriah Shelton) but is too shy to make her feelings known to him. She confides instead in her best friends, sassy black girl Nyla (Celeste O’Connor) and flamboyantly gay Josh (Misha Osherovich). Oh yes, writers Michael Kennedy and Christopher Landon (who also directed) pull out all the tropes. The boys are generally obnoxious, the girls are generally judgmental and mean, particularly one named Ryler (Melissa Collazo) who teases Millie about her clothes, and the other jocks who are not Booker are either rapey beer guzzler future frat boy stereotypes or closeted gay. In another screenplay this could all be dismissed as lazy. However, “Freaky” plays just as well as satire as it does horror. The use of characters painted with such broad strokes works as a send up of more serious slasher movie cliches. It also gives us funny and self-aware lines, like when Nyla and Josh are running from The Butcher and Josh says, “You’re black. I’m gay. We’re dead!”

Vince Vaughn is tall and imposing as the killer, but even more impressive is his performance as Millie. His teenage girl voice and mannerisms are the funniest part of “Freaky.” For her part, Kathryn Newton does well playing a killer with a cold stare. She has some good moments of grisly revenge, particularly on a shop teacher (Alan Ruck) who gives her a hard time. I also like the detail that Kennedy and Landon threw in regarding The Butcher having to get used to a smaller, weaker body. Inside of Millie, the killer can’t just muscle through situations. Some intelligence and finesse are required to get the job done.

“Freaky” works on the level of the slasher movie by showing us some clever and inventive kills (the wine bottle kill in the opening sequence is my personal favorite), while also poking fun at convention. However, it does so more as a love letter to the slasher genre (much like “Scream”) rather than a harsh criticism. The comedy is taken to the next level with Vince Vaugh’s funniest performance in years. So heed the signal of the red-tinted Universal logo and watch this when you’re in the mood for horror, or comedy, or both. Buy it. 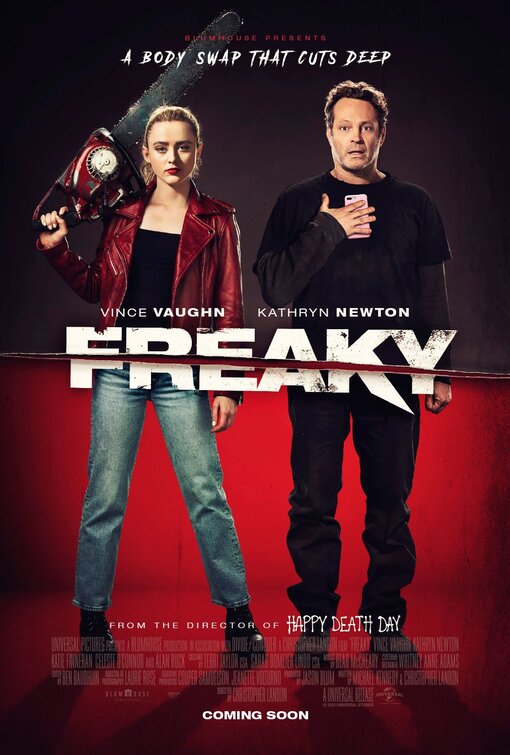 “Greenland,” in which a family struggles for survival in the face of a cataclysmic natural disaster, starring Gerard Butler, Morena Baccarin, David Denman, and Scott Glenn; and “The Right One,” rom-com about a novelist struggling with writer’s block who needs inspiration and finds it after meeting a down-on-his-luck oddball who constantly changes personas and alter egos in order to cope with his past and avoid reality, starring Nick Thune, Cleopatra Coleman, and Iliza Shlesinger.