Blu-ray pick of the week: cloak and dagger 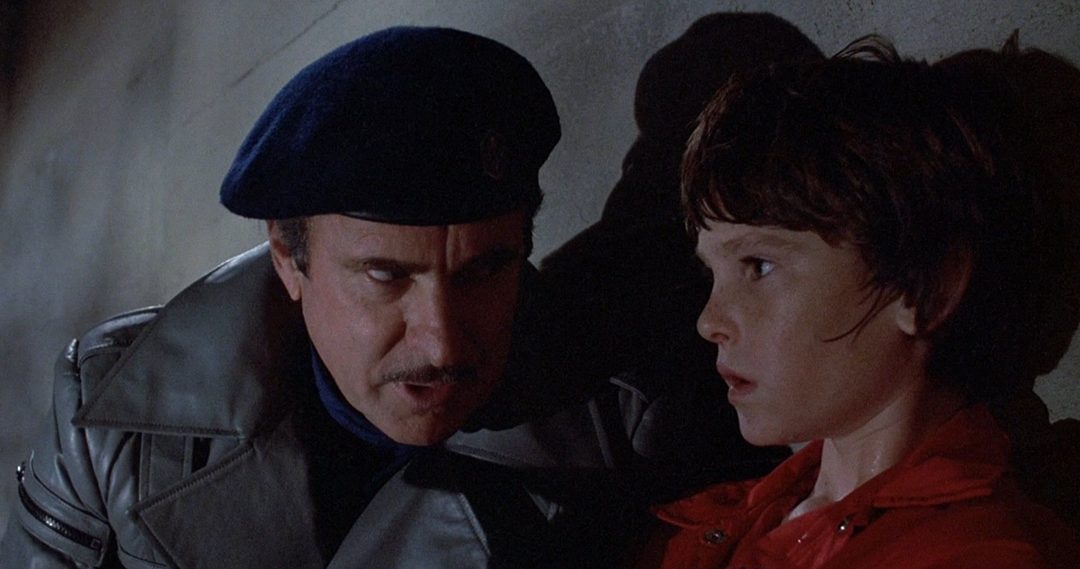 “The Devil You Know” is also new to Blu-Ray this week.

One of the silver linings of getting older is obtaining the sense of what was important to you as a child. The test is a simple one. Ask yourself: How fondly do you remember it? Then if the answer is a positive one, it may or may not be fun to check it out again. After all, some things that supremely appealed to me when I was a kid do not have the same effect on me as an adult. Of course, the reverse is also true, in those things that did not appeal to me as a child I absolutely love now. Adulthood is a good time to give things a second—or even third—chance. No guarantees that opinions will change with time one way or the other, but it is worthwhile to see.

One movie that I have not changed my opinion on since I first saw it on VHS at seven or eight years old is 1984’s “Cloak and Dagger.” In addition to watching it back in the day, I’ve watched it I believe two other times from then to now. One time would have been in my teens or twenties, and the next was when I was in my mid-thirties about seven or eight years ago. My latest viewing was just the other night. I’ve officially decided that I will make an effort to watch this movie at least once for every decade in my life to see if my opinion has changed at all. All I can say is so far, so good—my opinion—that is, my love and adoration of “Cloak and Dagger”—has not changed since my age was measured in single digits.

Oddly enough, I’ve never owned “Cloak and Dagger.” It’s made its way to VHS and DVD, which is how I watched it the first and second times. I distinctly remember streaming it when I watched it for the third time, and much to my surprise it never made its way to Blu-ray—until now. Thanks to Vinegar Syndrome, it’s being released in limited edition Blu-ray and Ultra HD 4K this week, with some exceptionally cool cover art.

“Cloak and Dagger” fits in well with similar movies from its time, like 1983’s “WarGames” and 1985’s “The Goonies,” in which young teens get in over their heads with evil adults who are chasing them down for some reason. In the case of Davey Osborne (Henry Thomas), he’s being chased by the evil Dr. Rice (Michael Murphy) and his goons because he came into possession of a special video game cartridge that has government secrets on it. Think of James Stewart having a secret whispered to him in 1956’s “The Man Who Knew Too Much” and you’ll get the vibe.

In fact, one aspect of “Cloak and Dagger” that older me appreciates more than younger me is just how suspenseful it is in a Hitchcockian way. Stellar use is made of the movie’s San Antonio, Texas, setting, the way Hitchcock made “Vertigo” a love letter to San Francisco, and one scene in particular on a boat full of tourists would no doubt have received the seal of approval from the master of suspense.

The great Dabney Coleman, who turned ninety years young this year, has a dual role in “Cloak and Dagger.” He plays both Davey’s father Hal Osborne, and his fantasy hero/imaginary friend Jack Flack. In both roles, Coleman has a phenomenal rapport with Thomas and confirmed his unique ability to work well with children—a skill he utilized in the too short-lived 1991-92 sitcom “Drexell’s Class,” in which he co-starred with a then up and coming Brittany Murphy. It’s in this dual role that this otherwise non-preachy movie delivers its best message, that the true heroes are not in games or on a screen, they’re real people in real life. Buy it. 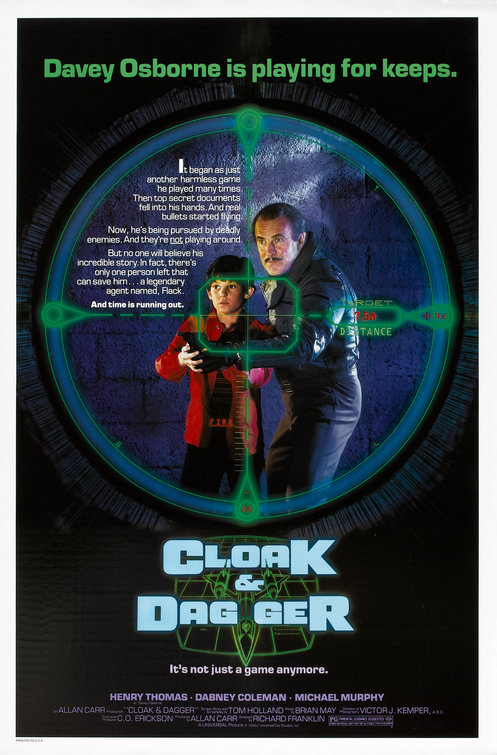 “The Devil You Know,” in which a man tries to do right by his family but he finds himself spiraling back into the dark place he overcame, starring Omar Epps, Vaughn W. Hebron, and Michael Beach.