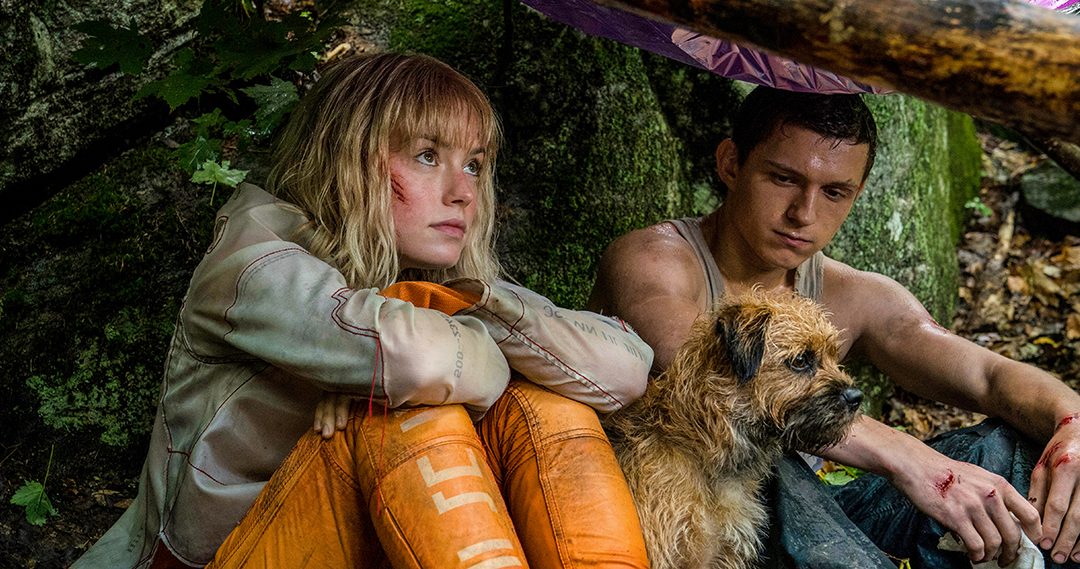 “The Hand” is also new to Blu-Ray this week.

I need to begin this review of “Chaos Walking” at the end. Not to spoil any details, since I am averse to such things, but to be upfront about my dislike to the ending of a movie I otherwise enjoyed. My criticism of the ending is directed at the screenwriters Patrick Ness (on whose novel “The Knife of Never Letting Go” the movie is based) and Christopher Ford. Writer to writer, some real talk: It is incredibly unsatisfying and anticlimactic to foreshadow cathartic moments and not deliver on them. This was done twice at the end with the final resolutions of two villains, both of which were bland an unfulfilling, and one more time with a romantic moment teased throughout most the movie that never comes to fruition. All were a letdown of massive proportions and made an otherwise interesting story feel lackluster in its climax and denouement.

That out of the way, we can tackle all that comes before it, which is inventive and intriguing. The year is 2257 and for reasons unexplained, humanity has colonized a planet that takes 64 years to travel to. My guess is that it’s the same reason mountain climbers give for climbing mountains: because it’s there. What makes this planet particularly unique is that it causes the thoughts of its male inhabitants to be said out loud. But not merely said: projected and in some cases manifested so clearly that they look real.

The science fiction movies that appeal to me the most are the ones that are full of vibrant imagination. They show me strange places or have ideas that defy convention. It’s part of the point of the genre. While “New World,” as it is so banally called, is basically Earth with some strange creatures here and there, the concept of a planet that causes thoughts to go on display is fascinating. There’s even a name for it: the noise. A mantra among the men on this planet is to “control the noise.”

This notion is expanded upon through two diametrically opposed characters. First there’s Todd (Tom Holland). He’s young and has a difficult time controlling his noise, so much so that it’s a source of constant embarrassment for him. I can imagine it would be this way for most who cannot control it, unless they truly have no shame. How would any of us like it if our unfiltered thoughts were continuously broadcast for the rest of the world to hear?

Secondly, there’s Mayor Prentiss (Mads Mikkelsen). He runs the colony that Todd and other men live in (the women were all killed when Todd was a baby). He is in complete control of his noise and we never see his thoughts. Further, he has such mastery that he can project images that look real and trick people. That is a fascinating dynamic and I like the way Ness and Ford play with it. What this planet does can be a curse to those who cannot control their noise, but for those who can it’s akin to having a superpower.

These ideas are explored against the backdrop of a journey. After a scout ship crash lands and the only survivor, a woman named Viola (Daisy Ridley), is discovered, Todd is tasked by his father (Demián Bichir) to lead her to one of the other colonies for safety. During their travel, another dynamic is explored, which is that of pairing a woman, whose thoughts are not manifested, with a man whose thoughts are. This is mined for the expected humor and drama, which keeps things interesting as they encounter what few natural inhabitants “Chaos Walking” has to offer along the way. If only the conclusion was more satisfactory when they got there. Rent it. 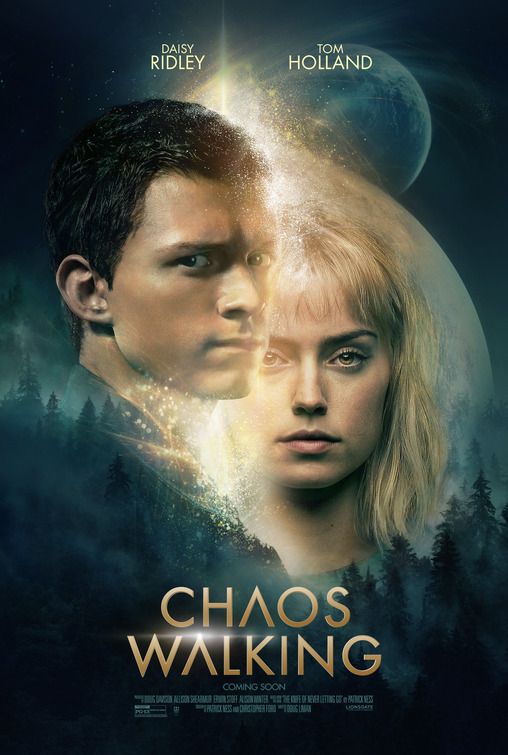 “The Hand,” underappreciated horror gem from 1981 about a  comic book artist who loses his hand, which in turn takes on a murderous life of its own, elevated from total schlock by the talent involved, including adapted screenplay writer and director Oliver Stone and star Michael Caine.