Blu-Ray Pick of the Week: Bringing Up Baby 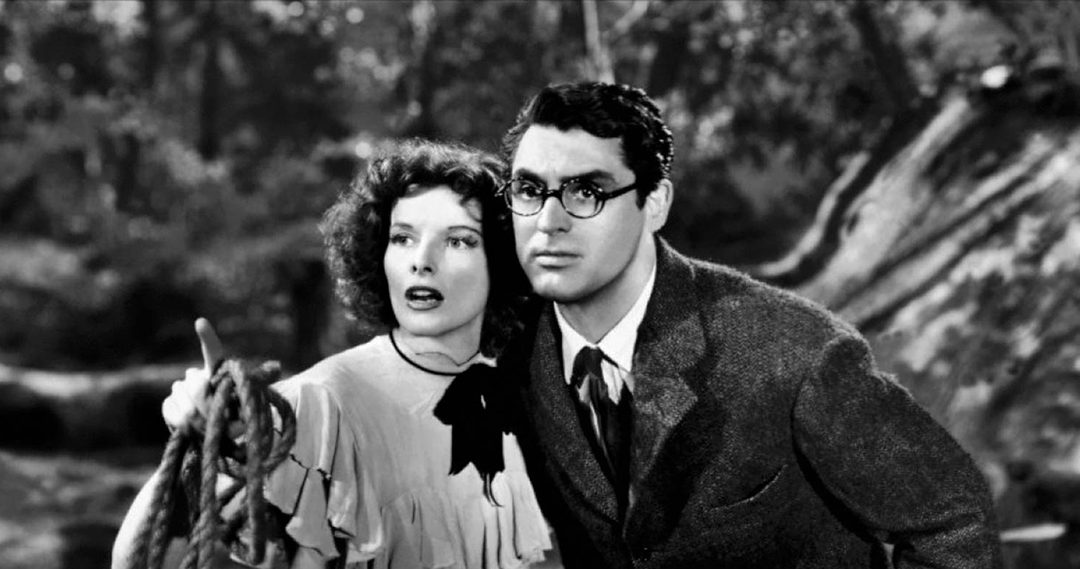 “Defending Jacob” is also new to Blu-Ray this week.

History is the final judge in all things. Upon its initial release in 1938, “Bringing Up Baby” was not well regarded. I clearly remember watching it for the first time around two decades ago on TCM in part because of the introduction by host Robert Osborne, who noted that in its time it was “a real stinker.” Shocking news, seeing as how it’s regarded as a comedic gem today. Not sure what the problem was in 1938 except that the Great Depression might have had people so literally depressed that they weren’t able to enjoy this mad cap romp that even today provides much-needed hearty laughs.

There are a lot of laughs in “Bringing Up Baby,” of both the verbal and physical kind. Cary Grant and Katharine Hepburn both shine as the stars of the show. Their comedic timing is perfect, and they play off each other with a chemistry rarely captured in cinema. The rat-a-tat, rapid fire dialogue forces the audience pay attention to every moment. Be distracted for one second, and you may miss a clever joke. The duo also seem to be trying to outdo each other in the prat falls department. They both tumble over several times for various reasons. I have to give the top prize to Grant though. The effortless way he slips on an olive and falls on his keister is comedic gold.

Hepburn is no slouch herself. What I appreciate most about her performance is her lack of vanity. She was quite possibly the least self-conscious actress of her time. Not many 1930s Hollywood divas would star in a movie where they had to fall in the dirt, sink into deep, dirty water, and most shockingly, have their dress torn so their undergarments are exposed. Though this last issue was a rare problem for Hepburn given her style choice of wearing pants, something women take for granted today but was a brave, culture defying act at the time.

Grant and Hepburn come together in “Bringing Up Baby” through a serious of mishaps. Grant plays David Huxley, a paleontologist looking to secure a one-million-dollar donation from a wealthy benefactor—that’s $18,804,255.32 in today’s money. Much to his chagrin, he constantly runs into flighty and irritating Susan Vance (Hepburn), who can’t seem to recognize her own golf ball—or her own car, for that matter. Circumstances conspire to bring them together until the next thing Huxley knows, he’s late for his own wedding and stuck at Vance’s house in Connecticut wearing a lady’s bathrobe. In a memorable scene, Grant wears the robe while explaining to Susan’s Aunt Elizabeth (May Robson) that it’s not his robe and his real clothes are missing. To this day, him jumping up in the air while proclaiming, “Because I just went gay all of a sudden” is one my favorite funny moments in all of cinema.

As much as I enjoy and admire “Bringing Up Baby,” I will be the first to concede that it does lose a bit of steam after the clothes incident. Though it’s not too surprising, given that the mile a minute pacing of the first part is near impossible to maintain throughout. Not that what happens is boring—far from it—it’s just that the same zany, madcap, comedic drive is replaced by more plot driven motives as the duo need to look after a leopard (the “Baby” of the title) that was sent as a gift and follow around a dog who’s buried a bone that’s important to Huxley’s work. The laughs are still there, but they don’t come as quick.

It’s not until the wrap up scene at the end that we get the crazy energy from the first half back. The plot of “Bringing Up Baby” has many threads that are tied up after some funny misunderstandings with an easily distracted local constable (Walter Catlett). Hepburn steals the show with a hysterical and spot on impression of a gangster moll that would not be out of place in a James Cagney or Edward G. Robinson picture, but here is played for laughs. This all leads to the very end of the movie, which is a bit too pat for my taste, but does end with a predictable capper that, I think if most of us are being honest with ourselves, we want to see happen. Buy it. 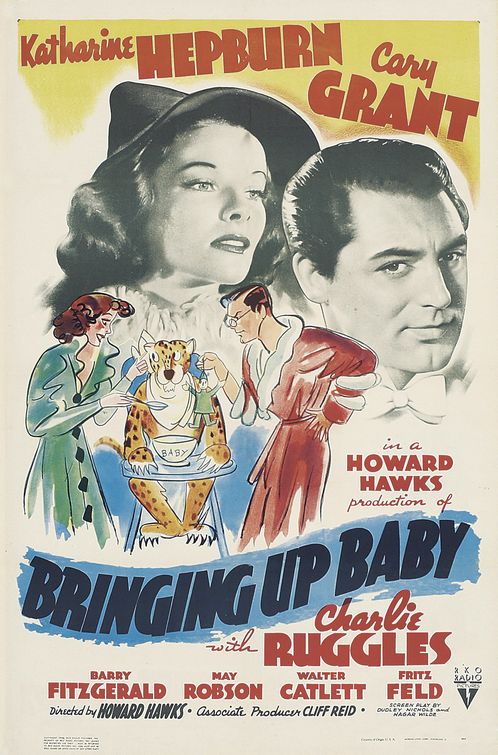 “Defending Jacob,” TV mini-series about a father dealing with the accusation that his 14-year-old son is a murderer, starring Chris Evans, Michelle Dockery, Jaeden Martell, and Cherry Jones.