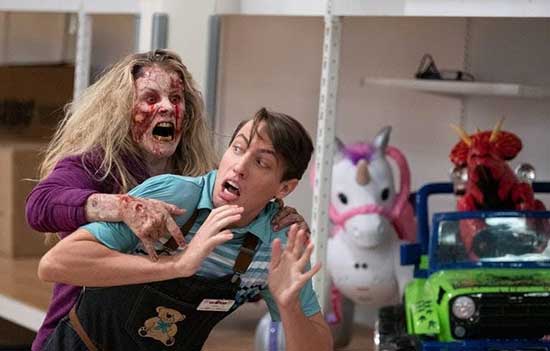 “Antlers” is also new to Blu-Ray this week.

Without knowing too much about screenwriter Andy Greskoviak, I’m going to take an educated guess that he worked retail around the holidays. Or, if “Black Friday” isn’t based on some personal, firsthand experience, then he did some amazingly thorough research and really nailed it.

There are two things about the film that are strikingly spot on. First are the employees at All-Mart, a store based on exactly what it sounds like. All the archetypes are hit. There’s Jonathan Wexler (Bruce Campbell), the manager who loves the store and worked his way up over decades. His assistant manager is by the book brown noser Brian (Stephen Peck), who let the job title go to his head. Then there are the floor workers like Marnie (Ivana Baquero), the pretty young cashier; Anita (Celeste Olivia), the middle-aged cashier who’s a bit of a stick in the mud; Chris (Ryan Lee), the young man who needed a job; and Ken (Devon Sawa), the middle-aged man who was laid off from his corporate job so he took a job at All-Mart to stay afloat and is still there years later. If you’ve worked, or are currently working, in retail then any of these descriptions will more than likely ring some bells.

The second area in which Greskoviak nailed it has to do with the customers. Despite the holiday season being one that is touted with happy adjectives like “jolly” and “merry,” not everyone picks up on the vibe. Between the pressures of trying to balance work with family and friends, which is taken up several notches if you’re hosting and cooking the big family meal, the holidays are not the time to witness people at their best. The stress is compounded on Black Friday as an overflow of shoppers try to get the best deals. The ones to really watch out for are the doorbusters, those who got there extra early and have been waiting by the door for hours, or even days, just to be early enough to get the deal they want when the store’s doors open at midnight or 5 am or whatever the home office decided would get them the most profit. Very few of us are our best selves that early in the morning with that much stress heaped upon us.

But “Black Friday” is not a straightforward, down to Earth look at the madness of that big retail day. Such a thing is not needed. All anyone has to do is turn on the local news or hop on Youtube to see the lunacy that popped up that morning at the local stores. Rather, “Black Friday” takes a metaphorical approach, one in which the madness of the holiday is represented by an other-worldly parasite. After a meteor crashes, the parasite is released. It infects one shopper, who infects and another, then another, until all of the shoppers become a monstrous horde destroying everything in their path and it’s up to our small group of employees to fend them off. Hey, I said it was metaphorical—I didn’t say it was subtle.

The message is pretty clear in “Black Friday,” and the pace is kept pretty swift by director Casey Tebo. The only section that lags a bit is a scene mid-movie that is well-placed in that it allows the audience to catch its breath, but has dialogue and character revelations that feel a bit too forced and on the nose. But soon after, it’s back to the action and fighting off massive customer hordes. Just like on real-life Black Friday. Rent it. 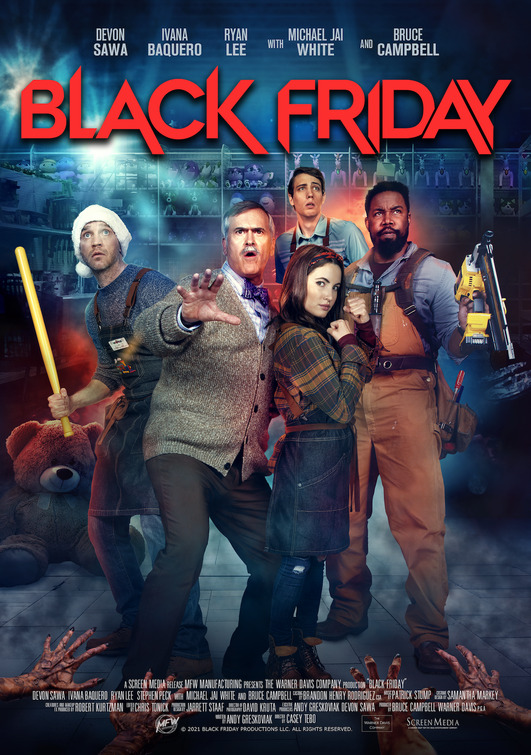 “Antlers,” in which a young teacher discovers that her troubled student’s father and younger brother harbor a deadly supernatural secret, starring Jesse Plemons, Keri Russell, Rory Cochrane, Amy Madigan, and Graham Greene; and “Together,” timely movie in which a husband and wife are forced to re-evaluate themselves and their relationship through the reality of the Covid-19 lockdown, starring James McAvoy and Sharon Horgan.