Blu-Ray Pick of the Week: Batman: The Long Halloween 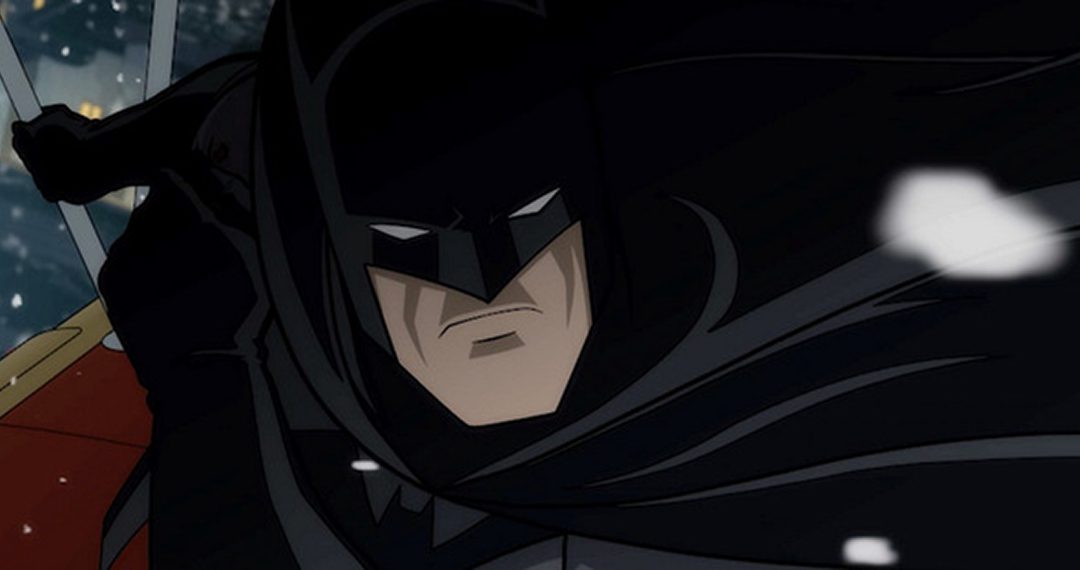 “American Traitor” is also new to Blu-Ray this week.

Batman has long been my favorite superhero. Part of the reason for his appeal is that, in my estimation, he has the best rogues gallery of adversaries on all of fiction. One of the great joys of “Batman: The Long Halloween” is seeing top tier baddies like Joker (voice of Troy Baker) and Penguin (voice of David Dastmalchian) make appearances along with second-tier but also fantastic villains like Poison Ivy (voice of Katee Sackhoff), Scarecrow (voice of Robin Atkin Downes), and Mad Hatter (voice of John DiMaggio). The for a real deep-dive, “The Long Halloween” brings out two of my obscure favorites: sewer dwelling Solomon Grundy (voice of Fred Tatasciore) and holiday obsessed psychopath Calendar Man (voice of Dastmalchian again). The nitpicky fan in me is a bit disappointed that Calendar Man doesn’t have the months of the year tattooed around his bald head, but such a minor detail is easily forgiven in an epic Batman movie this well-made.

As the cover art for part 2 of this close to three-hour saga gives away, Two-Face (voice of Josh Duhamel) shows up as well. However, we spend most of the runtime with him in his former identity: stalwart Gotham District Attorney Harvey Dent. If anything, he’s a bit too stalwart. His crusade against crime puts a great strain on his marriage to Gilda (voice of Julie Nathanson), who is clearly suffering from depression and anxiety over the state of their marriage. Dent does his best to keep them together, but every time he makes a step forward something comes up to pull him away.

The same can be said for Captain Jim Gordon (voice of Billy Burke). He’s not commissioner yet, but his recent promotion means that he gets calls at all hours with emergencies. This is especially painful when he planned on setting aside family time to do something wholesome and fun, like take his children trick-or-treating.

Family conflicts are a central theme in “The Long Halloween,” not just for the DA and the police captain, but for mob boss Carmine Falcone (voice of Titus Welliver) as well. Not only is he struggling to keep his mob family together after a masked assassin named Holiday targets them for a year, starting on one Halloween night and ending the next, but he also has a dark and sordid history with his son, Alberto (voice of Jack Quaid).

Since “The Long Halloween” is equal parts Batman comic book movie and gangster movie, the influences from “The Godfather” are apparent–and not just the 1972 film. Anyone who’s read Mario Puzo’s 1969 novel knows the dark, cold, heartless back story of Luca Brasi, and the Falcone family history resonates with echoes of that.

In an interesting twist, the character with the most stable home life is billionaire philanthropist by day and caped crusader by night Bruce Wayne/Batman (voice of Jensen Ackles). While things may not always be conflict free with mentor and companion Alfred Pennyworth (voice of Alastair Duncan), the two men have a long history of trust and loyalty and any disagreements that arise are quickly and amicably settled.

One top tier villain who plays a major role yet was not previously mentioned above is Catwoman (voice of Naya Rivera), and for a very good reason. In “The Long Halloween” she is not a villain, but rather a staunch ally and supporter of Batman in his quest to track down Holiday. Over the years, the Batman-Catwoman relationship has been touch and go—as has the relationship between their alter egos Bruce Wayne and Selina Kyle. Honestly, it doesn’t matter if they are with or against each other as long as the playful banter and teasing that serves as the basis of their relationship is present, and it is here.

In total, “Batman: The Long Halloween” is an epic, near three-hour tale that plays notes rarely seen in comic-based movies. Nothing is clear-cut black and white or good and evil. There are subtleties and nuances and shades of gray in all characters on both sides of the good/bad divide. This enriches the story and makes it all the more compelling and engaging, since we care about what happens to everyone and it’s not as simple as rooting for the good guy to win. This is easily the best Batman movie since “The Dark Knight” in 2008 and a must own. Buy it—both parts, and be sure to watch the after credits scenes. The one at the end of part 1 helps in understanding where part 2 starts, and the one at the end of part 2 is good for a smile. 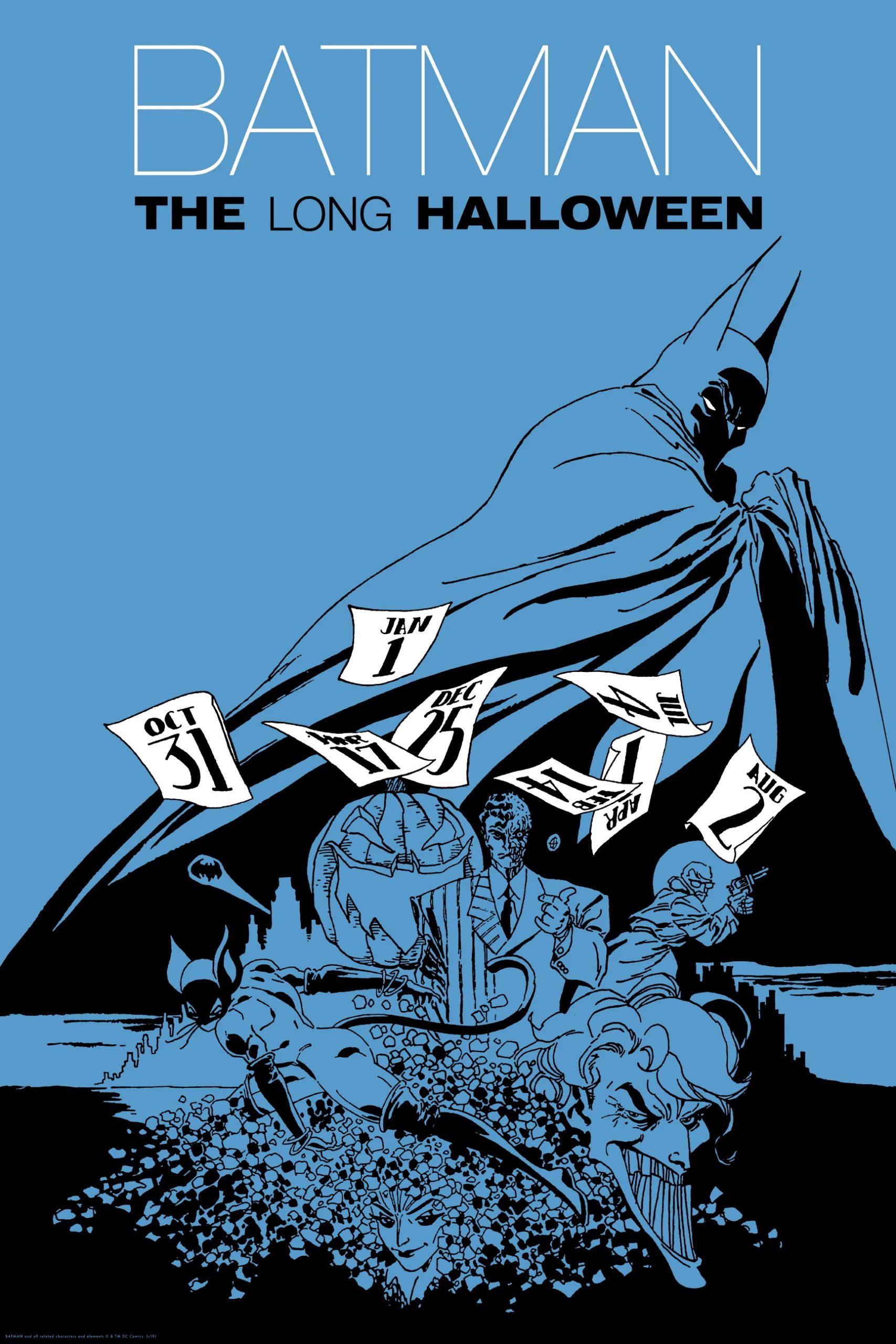 “American Traitor: The Trial of Axis Sally,” based on the real-life trial of a woman who broadcasted Nazi propaganda to American troops during World War II, starring Al Pacino, Meadow Williams, and Mitch Pileggi; “The House Next Door: Meet the Blacks 2,” horror-comedy about a best-selling author who thinks his neighbor is a vampire, starring Mike Epps, Katt Williams, Snoop Dogg, and Danny Trejo; and “Chariots of the Gods,” documentary from 1970 based on the controversial yet thought-provoking “ancient astronaut” theories of Erich von Daniken.