Blu-Ray Pick of the Week: Attack 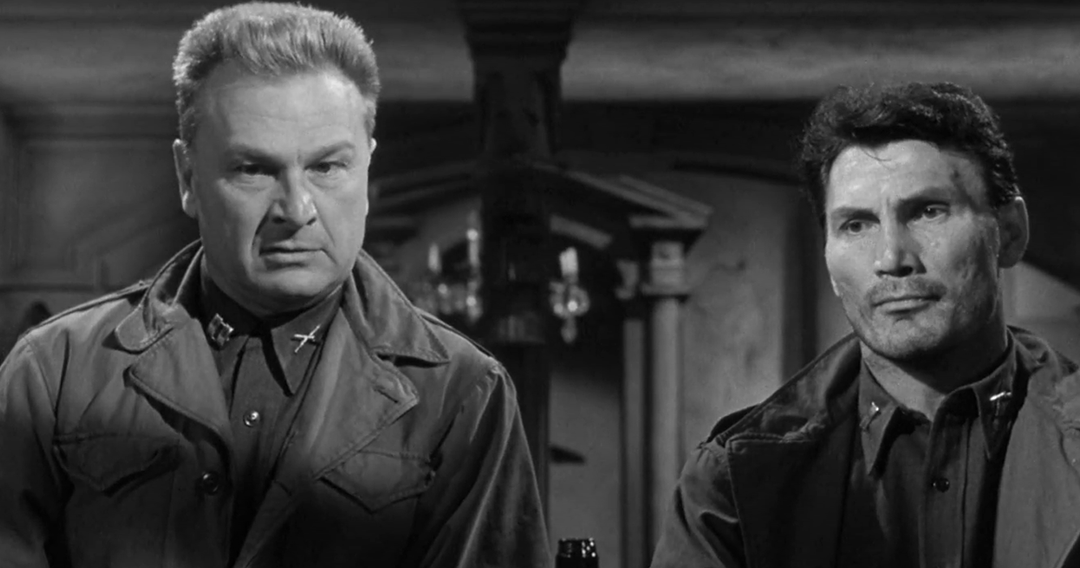 “The Rental” is also new to Blu-Ray this week.

One of the great joys and benefits of movies in home video format, and in this case Blu-ray, is the chance to discover hidden gems. These are older movies that don’t get the fame or recognition that other historically significant movies from their time period receive, but are still excellent movies to which time has been kind. Director Robert Aldrich’s 1956 war drama “Attack” is one of these movies.

“Attack” wastes no time getting to the action. We’re immediately told via title screen that the time and place is Europe, 1944. A U.S. Army squadron is pinned down by a German machine gun nest called a “pill box.” There’s no chance for another squadron led by Lt. Costa (Jack Palance) to rescue them—any attempt would cause them to suffer the same fate. It’s up to a flanking squadron led by Capt. Erskine Cooney (Eddie Albert) to go on the offensive and take out the pill box to save the squadron. He refuses to act and everyone in the pinned down squadron is killed.

After this opener, the credits roll. We also have our foundation set up for the movie. Interestingly, this war movie is not about the U.S. soldiers versus the German soldiers—though they are certainly a threat. The real conflict is between the brave and stalwart Costa versus Cooney, who is such an odious character that at various points in jotting notes about this movie I used the words “coward,” “not qualified,” and “despicable weasel.” At one point a character describes him as “putrid trash.” That works too.

Jack Palance brims with so much high-level intensity that he practically jumps off the screen. “Attack,” more than any other movie I’ve seen him in, goes to prove that his back to back supporting actor Oscar nominations in the early 50s (for 1952’s “Sudden Fear” and 1953’s “Shane”) and his eventual win for 1991’s “City Slickers” were no fluke. **SPOLIER ALERT** The man is such a gifted, all-in actor that even when he plays dead he’s the most exciting one to watch on screen. I kid you not, the wide-eyed, open-mouthed expression frozen on dead Costa’s face will haunt me for a while and be the first image I recollect when I think of Jack Palance in this movie. He is that good of an actor. **END SPOILER**

“Attack” certainly pulls no punches in showing the bleak inhumanity of war. The U.S. soldiers see the enemy as “krauts” and not as human beings. It can surely be said that the Germans look upon the Americans with the same disregard. There’s a brutality here  that’s appalling, but sadly I am sure, accurate. Since this is a 1950s war movie it is bloodless with the gunshot wounds; however, it doesn’t shy away from blood when it counts. After all, what a German tank tread can do to a human arm is not a pretty sight. While it doesn’t hover on the graphic details, enough is done with makeup, acting, and dialogue to get the message across.

Some looking to watch this may see the title of it written on the cover as “Attack!” with the exclamation point. This punctuation is not part of the title over the opening credits, nor should it be there as it makes the movie seem like a cheesy low budget production. I assure you it is not. With a cast that includes not only Palance and Albert, but also Lee Marvin as shady Lt. Col. Clyde Bartlett, Buddy Ebsen as trustworthy Sfc. Tolliver, and William Smithers in a crucial role as another lieutenant named Woodruff, all giving outstanding performances, this is a gem of a movie that deserves to be seen. Buy it.

P.S. Yes TV Land fans, it is a bit fun that the stars of “Green Acres” and “Beverly Hillbillies” are in this movie, but don’t expect any funny fish out of water antics from either of them. “Attack” pre-dates both shows. 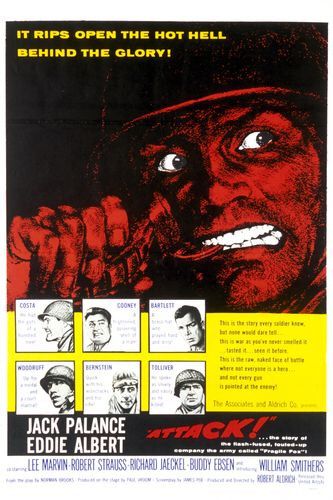 I do try to stay up to date with current trends, so please forgive me if I missed something by asking this question: Is “The most boring and mundane thriller ever made” now a selling point? If so, then “The Rental” is quite an accomplishment. If not, and if thrillers should be exciting, terrorizing, electrifying, and invigorating, then this movie is a massive fail.

It’s like co-writer and director Dave Franco went out of his way to have his movie be as trite as possible. It involves two couples, Charlie (Dan Stevens) and Michelle (Alison Brie), and Mina (Sheila Vand) and Josh (Jeremy Allen White), who rent a lake house for a weekend from a guy named Taylor (Toby Huss). After too much time is spent on contrived drama like something out of an angsty, sulky teen soap opera, a mini camera is discovered in a shower and the group start to think they’re being spied on by Taylor.

Normally this is where the thriller element would kick into high gear as we anxiously await to see who will live and who will die. “The Rental,” however, is incapable of a high gear. As a matter of fact, it doesn’t even get in gear until this discovery is made. Keeping with the car analogy, the movie is in neutral, if not reverse, for most of its runtime. After the camera is discovered, it shifts into first gear, and stays there for a bit until it goes back to neutral for the unsatisfying denouement.

When it comes to “The Rental,” absolutely Skip it. However, if the idea of a movie about a group of people renting a place and being spied on has piqued your interest, rent instead 2015’s “13 Cameras” as well as its worthy 2018 sequel, “14 Cameras.” Both movies have engaging, well-crafted, edge of your seat suspense, they deliver on their premise, and they offer up one of the creepiest and most memorable villains you’ll ever lay eyes on in a thriller. 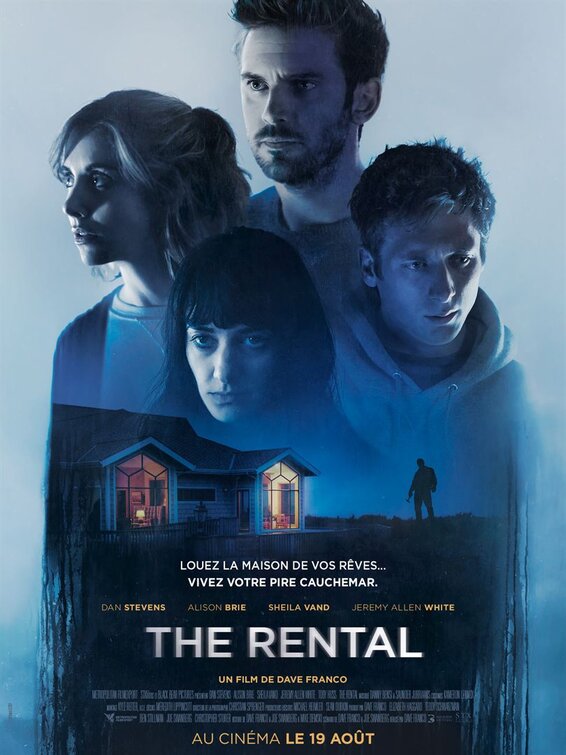 “Continental Divide,” a 1981 road movie and romantic comedy all in one, written by Lawrence Kasdan, directed by Michael Apted, and starring Blair Brown, John Belushi, and Allen Garfield.