Blu-Ray Pick of the Week: A Night at the Opera 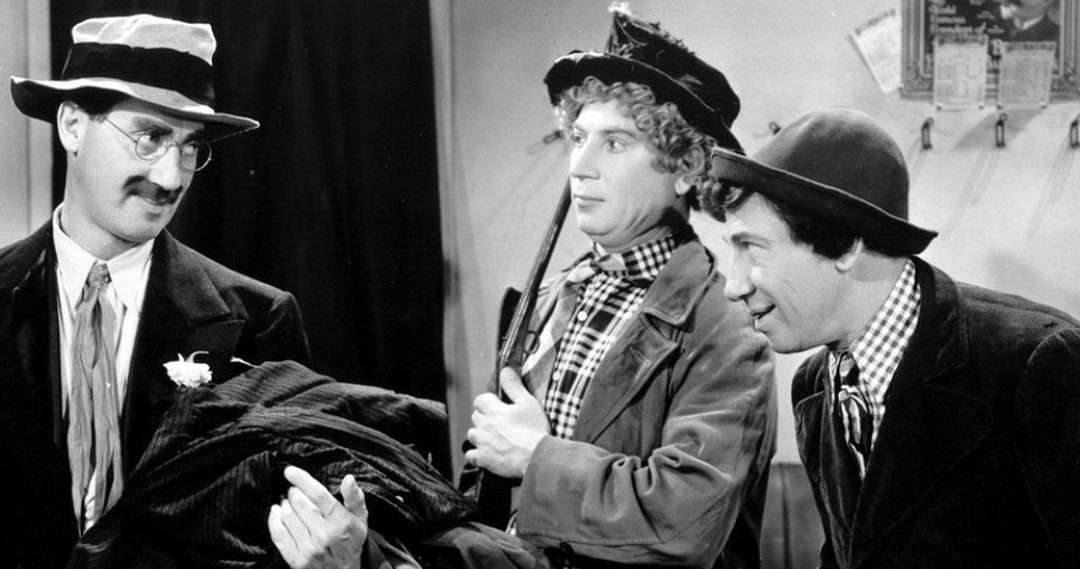 “The Forever Purge” is also new to Blu-Ray this week.

A Night At The Opera

As pop culture enthusiasts very well know, Elvis Presley died three days before Groucho Marx. Elvis passed on August 16, 1977, and Groucho on August 19. Another significant year that ties the two together is 1935. In this year, Elvis was born and Groucho, at age 45, starred along with fellow Marx brothers Chico and Harpo in one of their most beloved movies, “A Night at the Opera.”

For a silly, 96-minute Marx brothers movie, the story is fairly sophisticated. Groucho plays a quick-witted conniver named Otis B. Driftwood who’s latched on to wealthy widow Mrs. Claypool (Margaret Dumont). They’re in Milan, Italy, where at a restaurant she meets a man named Gottlieb (Sig Ruman) who runs the Metropolitan Opera House in New York. He wants Mrs. Claypool to be a benefactor and sign famed tenor Rudolfo Lassparri (Walter King) to the Met for $1,000 a night to perform. This is $19,562.04 in 2021 dollars. Ever the opportunist, Driftwood runs off to sign a contract with Lassparri that would get him 10 percent. Instead, he runs into Fiorello (Chico Marx), who claims to represent the world’s greatest tenor. Driftwood and Fiorello have a funny scene making fun of contract legalese and when done, Driftwood discovers that he hasn’t signed Lassparri, but another tenor named Riccardo Barone (Allan Jones). Complicating matters is that backstage Lassparri is an abusive jerk who beats his assistant (Harpo Marx) and lusts after his co-star Rosa Castaldi (Kitty Carlisle), who is in love with Barone.

There’s a lot going on with the setup, which is part of what makes “A Night at the Opera” so rich. The other part of course is the Marx brothers themselves. Groucho is in top form, though his mustache looks a bit too painted on. This doesn’t change the fact, however, that he is sharp as a tack and spouts out his jabs and one-liners with his trademark zippy delivery, usually with cigar in hand. My personal favorite is when a ship steward is wheeling his large steamer trunk into his room. It barely fits, and he quips, “Wouldn’t it be simpler if you just put the state room in the trunk?” I’m sure anyone who’s had a cramped cabin on a cruise ship can relate.

Chico does his thing with his Italian accent and has some funny bits as well. One in particular involves an obsession with hardboiled eggs. The real standout in “A Night at the Opera,” though, is Harpo. He’s the silent one, so his comedy is all physical. What he’ll do for a laugh seems to be limitless, whether it’s wearing a dress, getting drenched with water, or in a breakfast scene, wrapping Groucho’s cigar in a pancake and eating it with a smile on his face. I commend him for his dedication to his craft. Once he has a bit he can do, he commits one hundred percent.

Given that opera is a musical affair, it should be no surprise that there are musical numbers in “A Night at the Opera.” Barone and Castaldi are both given lovely songs to sing, but the real treat is seeing the musical talent of Chico and Harpo. Both brothers take turns on a piano, and Harpo goes a step further by earning his name and playing sweet melodies on a harp. I’ve read that he was self-taught, which makes it even more impressive that he is so skilled. The man was a physical comedy and music virtuoso.

While “A Night at the Opera” provided hearty laughs by poking fun at snobby, elitist, upper crust society while regular folks were struggling during the Great Depression, it holds up remarkably well today. While things like technology and clothing styles may have changed since 1935, people haven’t, and the basic motivators of the characters in “A Night at the Opera,” which are very human traits like greed, lust, ambition, and pride, are all present and still speak to the world we live in now. Buy it. 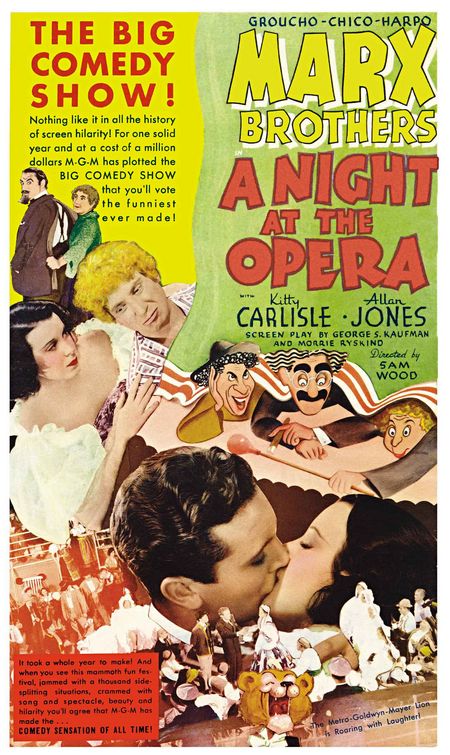 “The Forever Purge” is so atrociously inept that it leaves me conflicted. This is a movie so bad that it’s unintentionally hilarious. All the hallmarks of a great bad movie are here: tone deaf dialogue, over the top acting, one-dimensional characters, goofy action scenes, and a ridiculous story. While it may not reach the heights (or depths, depending on how you want to look at it) of notorious so bad it’s good movies like “The Room,” “Troll 2,” and “Plan 9 from Outer Space,” it heads at lightning speed in that direction.

The real treat with “The Forever Purge” is in its cringey, overt, punch you in the face political messaging. It’s where the true goldmine of hysterical stupidity lies. The best way to describe the screenplay is that it’s like if a low I.Q. total moron listened to a Donald Trump rally speech and completely missed the point, misinterpreted and misunderstood everything that was said, and then wrote a “Purge” movie. That is exactly what we get here. It’s so moronically terrible that it’s really funny.

But what to do with such a well-polished turd? I’d hate to see anyone buy or rent this movie because it doesn’t deserve to be supported monetarily. However, it’s too entertainingly bad to be skipped altogether. The best solution is that when it comes to a streaming service for free, or as part of a subscription, Stream it  and get in your ab work out for the day from all the laughs. 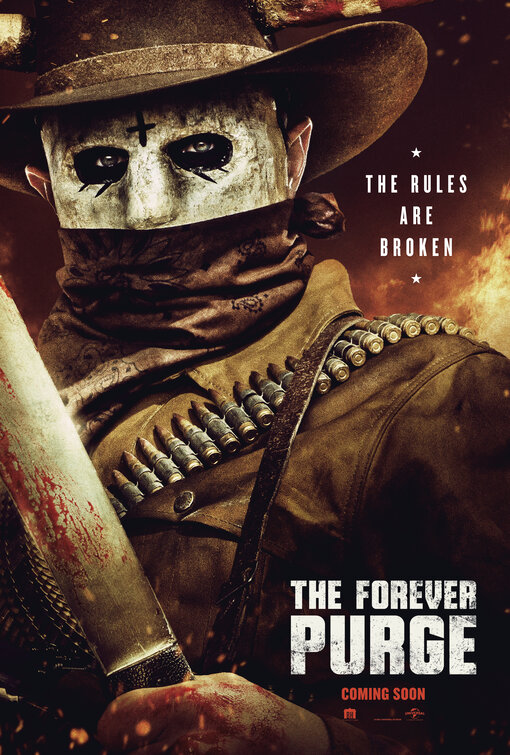