Blu-Ray Pick of the Week: A Force of One 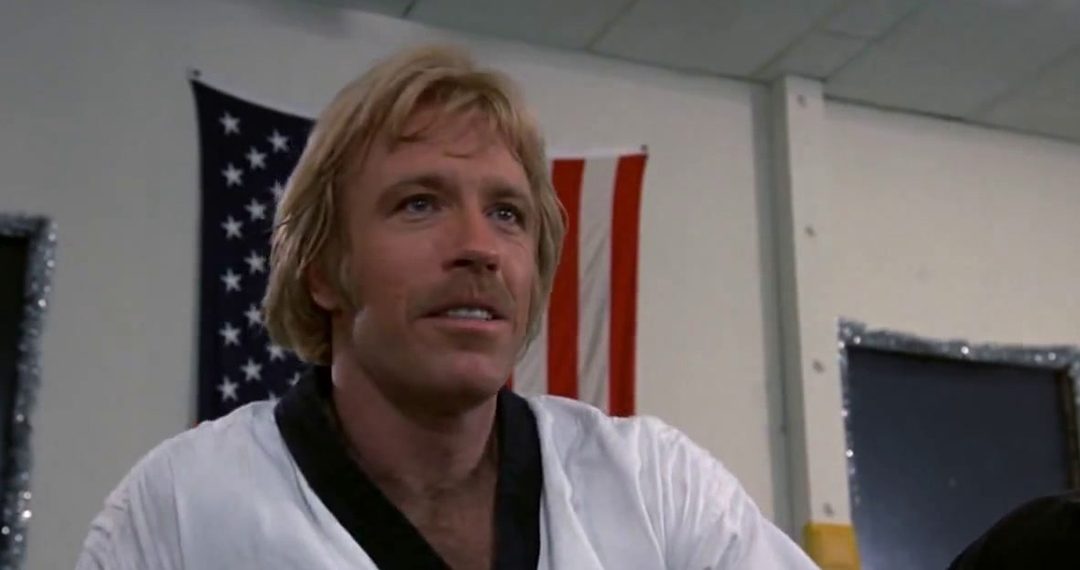 “Catch the Heat” is also new to Blu-Ray this week.

A Force Of One

Chuck Norris is probably best known today as the prototypical meme generator. Some “facts” about him include: “Chuck Norris doesn’t mow his lawn, he dares it to grow”; “Chuck Norris is the reason Waldo is hiding”;” and the more recent and timely “Chuck Norris was exposed to covid—the virus is in quarantine for the next two weeks.” But why him? As any boy who had a youth in the ‘80s knows, it’s because Chuck Norris oftentimes played a butt kicking one man army. This hit its peak in 1983’s “Lone Wolf McQuade” and was stretched to the point of absurdity in 1985’s “Invasion U.S.A.” However, the seeds of this idea were planted with 1979’s “A Force of One.”

In it, Norris plays karate champion Matt Logan. He wants nothing more than to raise his adopted son Charlie (Eric Laneuville) and train for his next big fight against Sparks, a formidable opponent played by real life karate champion Bill “Superfoot” Wallace, so nicknamed due to his prowess with high-speed kicks. A movie could be made from this premise. It already sounds like “Rocky” but with karate instead of boxing. The training and competition, however, are the “B” story.

Before we’re introduced to Logan, “A Force of One” opens with an ambitious tracking shot on a city street done in a guerilla filmmaking style, with the camera mounted on the hood of a car that tracks a kid on a skateboard and pans for a shot through the windshield as the two cops in the car have a conversation. Turns out these cops belong to the narcotics unit and both quickly wind up dead while investigating a sporting goods store after being surprise attacked by what they thought was a mannequin. This reveal is one of those moments that will strike viewers as either really cool and clever or really ridiculous. My advice is to not think too hard about the logistics and just enjoy the theatrics.

Understandably, the head of the narcotics unit, Lt. Dunne (Clu Gulager), wants answers as to why two of his officers are dead. One suggestion from lone female officer Mandy Rust (Jennifer O’Neill) is that whoever killed their colleagues knew martial arts. The idea is at first met with skepticism. The other offices regard karate as a load of crap, practiced by weirdos. Dunne, however, thinks it’s a good idea for his officers to get karate training if that’s what they’re up against. This is where Logan comes in. He initially doesn’t want to interfere with his training, but after he’s schooled in the realities of drugs on the streets and the impact on people’s lives, he agrees to get involved.

More disturbing to Logan though is the idea that someone going around killing narcotics investigators may know martial arts, and as he put it, be “one of their own.” If true, then he knows it’s up to him to find out who it is and put a stop to it.

As Logan delves deeper into his own investigation, “A Force of One” makes an interesting story decision. The first two-thirds are a mystery, with a masked killer murdering cops as Matt trains the remaining officers to defend themselves while asking around the inner circle of karate dojos to get some answers. Then there’s a scene with a big reveal, in which we see all the perpetrators involved. This shifts the story from mystery to suspense. We no longer wonder who’s doing this and why. Once we get those answers, the story hinges on the fact that we know who the baddies are and the characters in the movie don’t. It creates a heightened awareness in every scene that’s very effective.

I’ve watched “Force of One” three times in my life, and it’s one of the rare movies that gets better with each viewing. My appreciation for the story as well as Norris and O’Neill’s performances grows every time. If I have one gripe, it’s that the big showdown fight scene at the end is too short, with uninspired choreography and use of slow motion to make it feel like we’re getting a longer fight. But with someone as badass as Chuck Norris, who “Once played Russian Roulette with a fully loaded gun—and won,” how long should we expect a fight to be? Buy it. 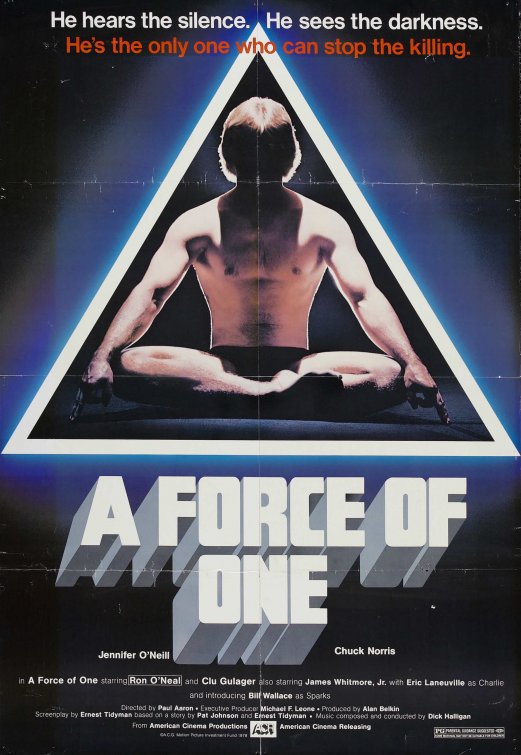 In “Good Guys Wear Black,” Norris plays John T. Booker, a Vietnam veteran who finds out that several of his army buddies lost their lives in a mission that was intended to fail from the beginning. Seeking the reason behind his comrades unanswered deaths, Booker quits his job as a high school teacher to track down the last surviving members of his unit. Amid a plethora of martial arts, gunfire, and explosions, Booker discovers that his buddies are being systematically murdered by sinister forces, orchestrated by a crooked and politically untouchable politician. The story and action are par for the course, but there are some amazingly well-written dramatic scenes that elevate the story and make it worthwhile. Rent it.

In “The Octagon,” Norris plays a martial artist who must defeat a plan by ninjas to create a worldwide training camp for terrorists. It’s Chuck Norris and ninjas—need I say more? Actually yes, because as awesome as this movie sounds on paper and as overall enjoyable as it is, I found Norris’s echoey, whispering voice-overs off putting and annoying. Still a good one to Rent it, just be prepared that unless you’re into Chuck Norris ASMR you may find it weird. 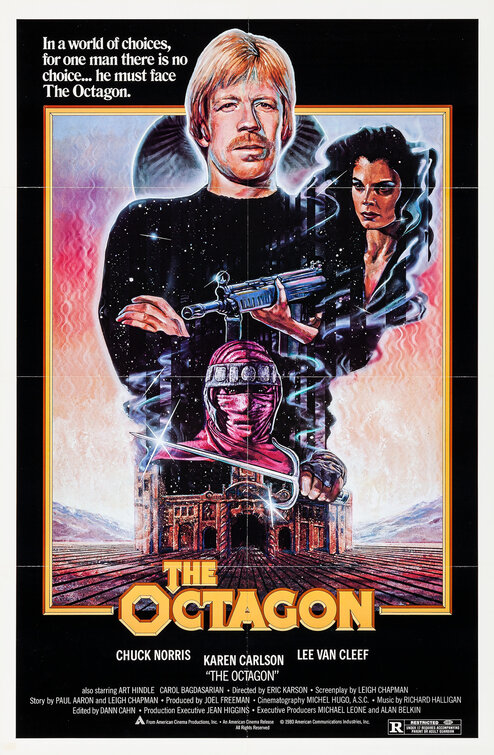 “Catch the Heat,” from 1987, one of my favorite cheesy ‘80s action movies that re-teams “In the Heat of the Night” writer Stirling Silliphant with that movie’s star, Rod Steiger, and features Silliphant’s wife Tiana Alexandra in the lead role as a cop who goes undercover to infiltrate a drug ring as Cinderella Pu, a Chinese dancer with a unique martial arts style. This movie is a guilty pleasure, and thirty-five years later, that is still one of the best character names I’ve ever heard.