Blu-Ray Pick of the Week: Bill & Ted Face the Music 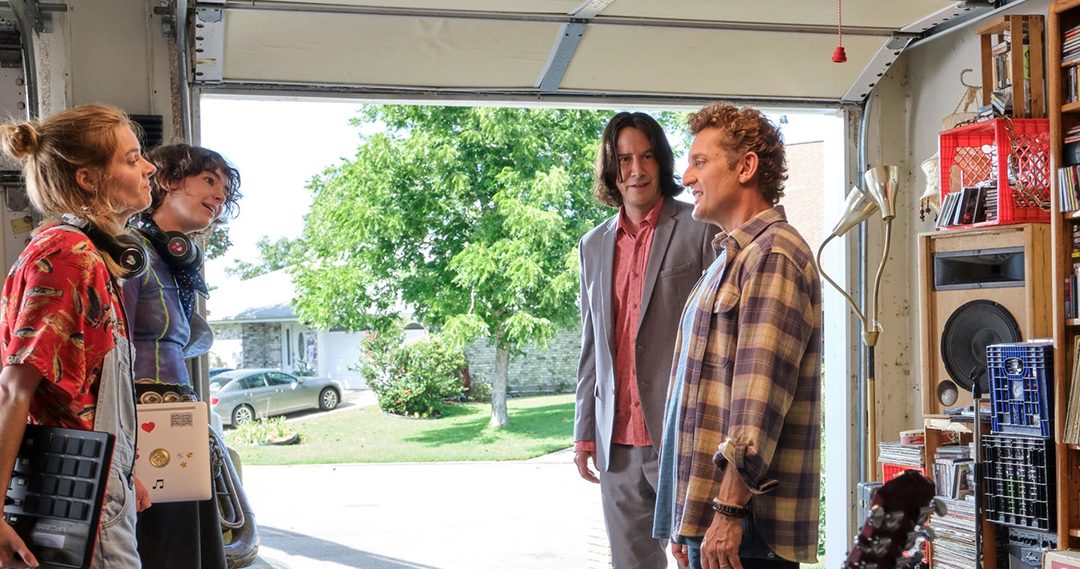 “The Last Dance” is also new to Blu-Ray this week.

“Bill & Ted Face the Music” does what the last movie in any good trilogy does: It refers back to the previous movies, comes full circle, and ties up loose story points. As we know from 1989’s “Bill & Ted’s Excellent Adventure,” the duo of Bill S. Preston, Esquire (Alex Winter) and Ted Theodore Logan (Keanu Reeves) are destined, via their rock band Wyld Stallyns, to write a song that will unite the world. However, the first movie focuses on the pair graduating high school and the second movie, 1991’s “Bill & Ted’s Bogus Journey,” focuses on them beating Death (William Sadler, returning to the role in this movie) and saving the world from evil robot versions of themselves. I know how that sounds if you haven’t seen the movie, but “Bogus Journey” is a worthy sequel to its predecessor.

So, for that matter, is “Face the Music.” Even if you haven’t seen the first two movies (though you should, as they are most excellent), we get a voiceover recap of them from Bill’s daughter Thea (Samara Weaving) and Ted’s daughter Billie (Brigette Lundy-Paine). Thea and Billie are chips off their dads’ blocks, complete with love of music and speech that is punctuated heavily with the word “dude.”

While Bill and Ted may be the cool, fun dads, we learn quickly that they’re terrible husbands. Their wives Elizabeth (Erinn Hayes) and Joanna (Jayma Mays) are tired of playing second fiddle to their husbands’ friendship with each other. After some marriage counseling doesn’t go all that well, a visitor from the future named Kelly (Kristen Schaal), the daughter of Rufus (George Carlin) from the first two movies, informs them that they have to come up with a song to unite the world within 77 minutes or reality will be destroyed. That’s a lot of pressure for a couple of musicians from San Dimas, CA, whose career is on the decline. They can at least play their instruments now, plus Ted does play a mean theremin—and that isn’t easy.

“Bill & Ted Face the Music” is a clever amalgamation of the first two movies. Billie and Thea have an excellent adventure as they travel through time collecting famous musicians like Jimi Hendrix (DazMann Still), Louis Armstrong (Jeremiah Craft), and Mozart (Daniel Dorr) to help their dads create the song. Meanwhile, Bill and Ted have a bit of a bogus journey as they time travel to see their future selves to get the song and check in on their relationships with their wives—and the news isn’t good.

It’s great to see a movie trilogy perform a hat trick. It’s a bummer when they go two for three, or worse, don’t make the third movie that needs to be made due to some b.s. copyright/legal entanglements (looking at you “Conan” rights holders—the story of how Conan becomes king must be made!). “Bill & Ted Face the Music” gets it just right by doing what good sequels do in advancing the story and increasing the stakes, and it does what a good trilogy final movie does by tying it all together and wrapping it up.

If I have one complaint about “Bill & Ted Face the Music,” it’s that the ending is abrupt. Since this is ostensibly the last time we’ll see these characters, I was hoping for a more graceful bowing out. The movie could have done with one more scene as a final goodbye to the audience. Though be sure to watch the scene after the end credits. While it doesn’t make up for the lack of a graceful goodbye, it is good for a chuckle.

“Bill & Ted Face the Music” is available on its own and as a 3-movie bundle with “Excellent Adventure” and “Bogus Journey.” Either way, Buy it. 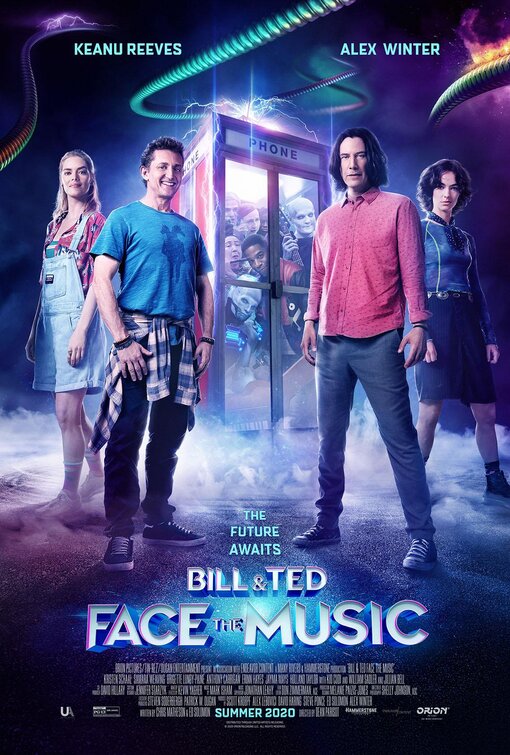 “The Last Dance,” an ESPN documentary that chronicles the untold story of Michael Jordan and the Chicago Bulls’ dynasty, with never before seen footage and sound from the 1997-98 Championship season, plus over 100 interviews with basketball’s biggest names and other famous figures, featuring not only Jordan but also Scottie Pippen, Dennis Rodman, Steve Kerr, and Phil Jackson.