A Gift from Bob 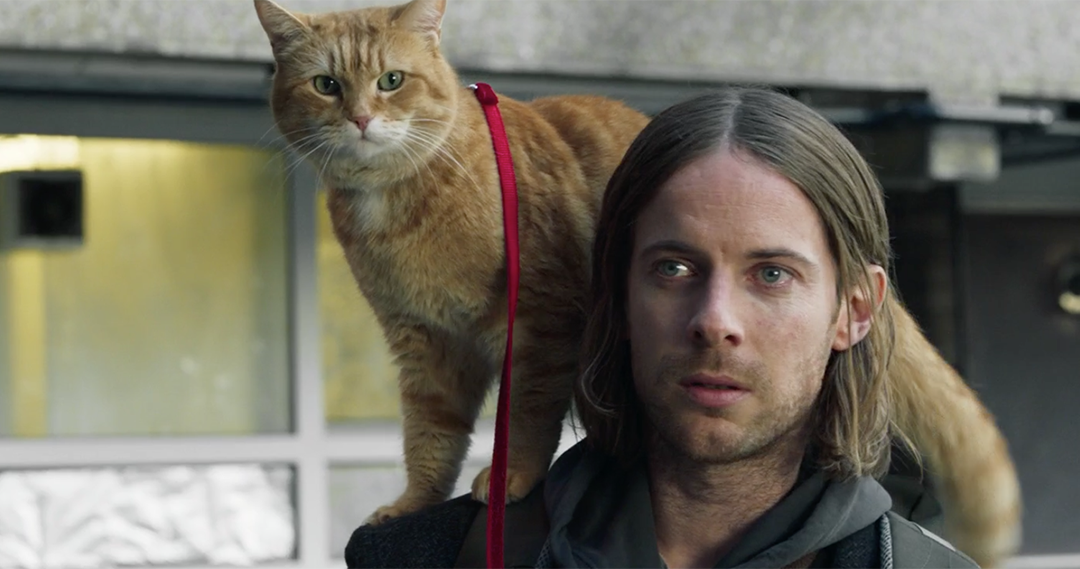 “Reminiscence” and “Respect” are also new to Blu-Ray.

A Gift From Bob

One of the many joys that cinema brings to me—international cinema in particular—is the education it provides. Seeing different cultures, with different ideas, and different ways of life is an enlightening experience. It’s also fun to compare and contrast and see how other nations do things the same or differently from how things are done in the U.S. One very interesting difference I learned from “A Gift from Bob,” aka “A Christmas Gift from Bob,” is that in the U.K., animal welfare is taken very, very seriously.

Since a large portion of the plot of “A Gift from Bob” revolves around an investigation as to whether busker and future best-selling author James Bowen (Luke Treadaway) is fit to keep beloved cat Bob (playing Himself), I had to look it up. A quick Google search led to me the Animal Welfare Act of 2006, which protects farm and domestic animals. Animal welfare is so serious in the U.K. that it’s enforced by local police, who have the power to investigate and, if deemed necessary, remove an animal from the home of an unfit pet parent. It’s pretty much like child protective services, but for pets. This explains the dogged detective work done by animal welfare officer Ruth (Pepter Lunkuse) and her reluctant, recalcitrant partner Leon (Tim Plester).

Though doubts about whether Bob can stay with James is just one problem of many. James is still living in his government supplied apartment and can barely pay the electric bill to keep the heat on. Being a busker barely gives him enough to scrape by day after day, and that is mostly because adorable cat Bob is there to draw attention to him. Adding to his troubles is the morning that Bob can’t go with him. Not only does he make less money that day, he now has a sick cat to worry about.

“A Gift from Bob” is a movie in which all the problems in James’s life with his apartment, his money, his livelihood, his cat, and even with a girl he’s interested in (Kristina Tonteri-Young) seem to all crash in on him at once. It reminded me of another Christmas classic, “It’s a Wonderful Life,” in that regard. The key difference is that “A Gift from Bob” really dwells on the hard times, to the point that I would describe a fair chunk of the second act as downright depressing. The good part about going that far down is that it’s all the sweeter when things turn around and get on the upswing again. It does happen that things in James’s life take a turn for the better, but the journey is a difficult one. This is one happy ending that is certainly well earned. Rent it. 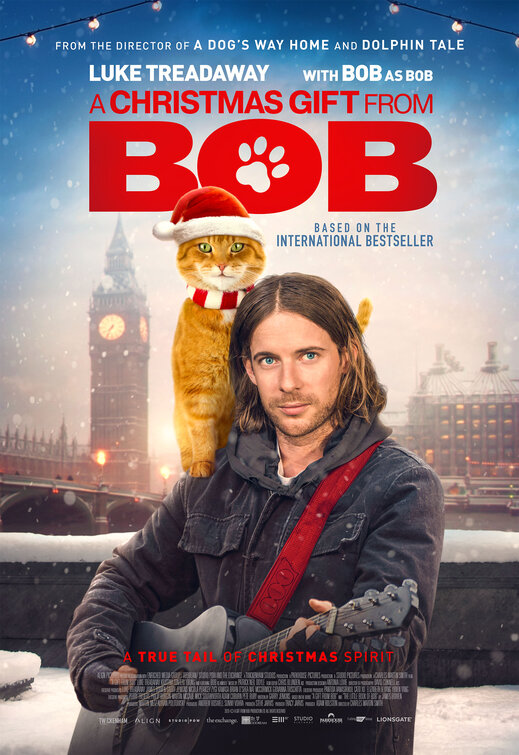