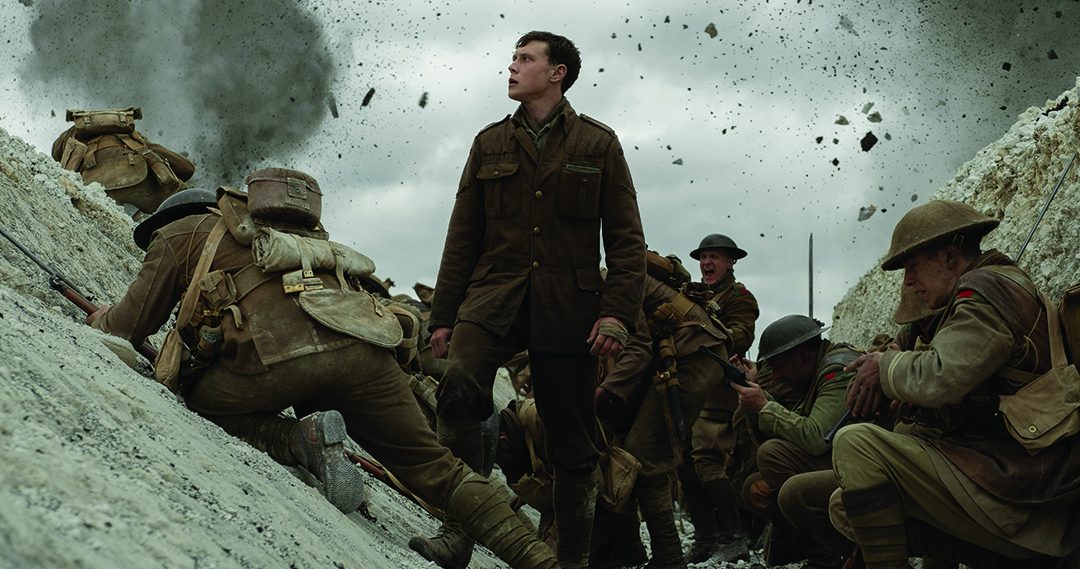 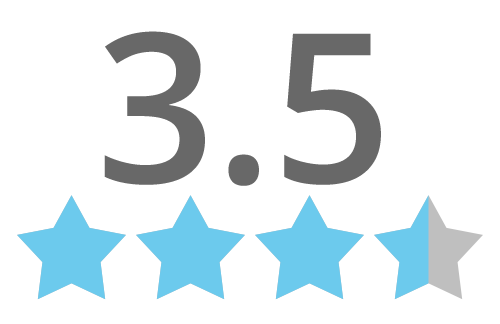 The entire 118-minute film looks like it was done in one long take, which heightens the sense of urgency and suspense. It’s one of the best films of 2019, and certainly the most technically impressive.

A simple premise meets technical mastery in “1917,” a World War I drama that’s as gripping and heart-pounding as they come. It’s not full of emotion, but it has enough heartfelt energy to keep us invested, and those who know will find deep appreciation for the technical elements that greatly enhance the storytelling.

In the midst of The Great War, two young British soldiers, Schofield (George MacKay) and Blake (Dean-Charles Chapman), are given a seemingly impossible but essential task: To carry a message through enemy territory that will stop an impending attack. Fail and Blake’s brother, as well as 1,600 other soldiers, will almost certainly die. Succeed and you’re a hero. The journey finds them climbing through mud, across barbwires and over dead bodies as they desperately strive to stop the attack.

Director Sam Mendes (“American Beauty”) co-wrote the script with Krysty Wilson-Cairns, and together they get the film off to a riveting start, and certainly finish strong. The middle, however, meanders and feels padded, at times losing its sense of urgency when it should be ramping up. This is temporary, thankfully, and understandable given that taking a moment for a breather when you’ve been on the run for hours makes sense.

Although it was shot to look like all 118 minutes were captured in one take, filming actually lasted three months in England and Scotland. A few edits are easy to spot, such as when the screen goes black, while others are more seamless. Regardless, cinematographer Roger Deakins’ fluid camera effectively immerses viewers in the action, putting us right beside Schofield and Blake as they trek through enemy territory in close to real time. Doing this provides immediacy and urgency, especially as accompanied by Thomas Newman’s tense musical score. When also combined with the intricately developed production design by Dennis Gasner, the film unfolds rather ingeniously.

Although a few familiar faces pop in for cameos (Colin Firth, Mark Strong, Benedict Cumberbatch), the film really belongs to MacKay and Chapman. Given that each take lasts minutes, and knowing that one mistake means they have to start the entire scene over, their work is more technical and complex than it seems. In addition to memorizing their lines, they also had to be sure to hit all their marks on time, lest the shot be ruined. The fact that they did all of this, and got us to emotionally invest in their characters, is a substantial accomplishment.

Watching “1917” is a whirlwind emotional experience; in all the best ways, you feel like you are right there on the run with Schofield and Blake. Few movies even attempt to be this immersive, and still fewer succeed. See “1917” immediately, and on as big a screen as you can.

Did you know?
“Rope” (1948) and “Birdman” (2014) are the most notable examples of other films made to look like they were shot in one take. But they used camera trickery and editing to disguise their cuts; for a true feature-length, one-take film, check out “Russian Ark” (2002), which explores the Hermitage Museum in St. Petersburg, Russia.