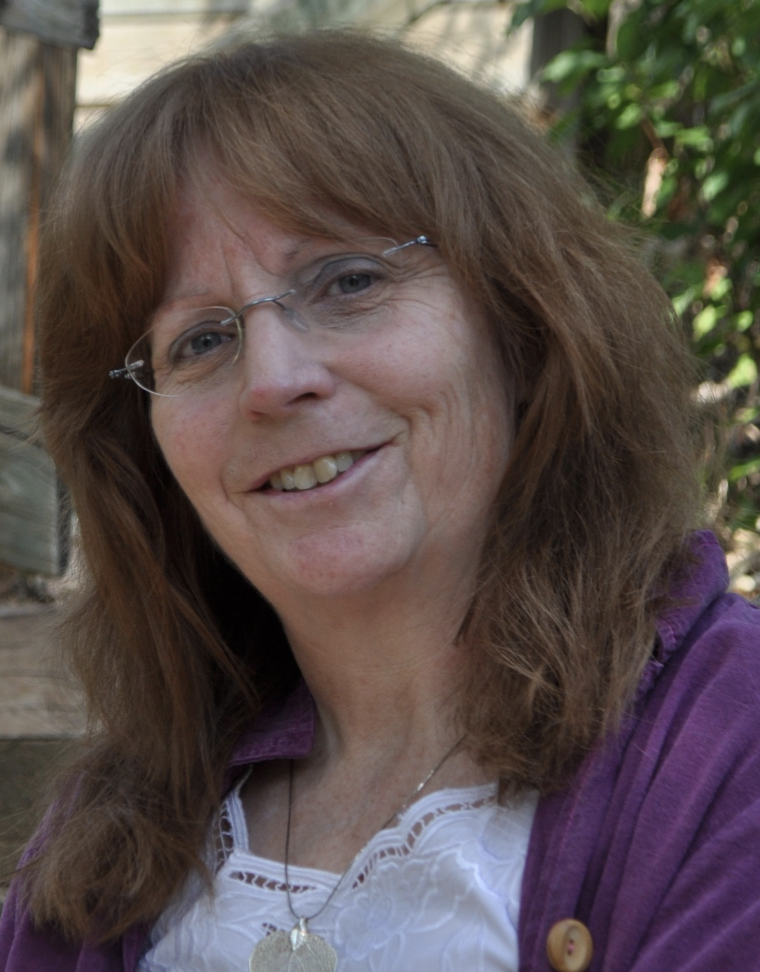 Available for in-person lectures in: Denver

Betsy Schwarm’s lectures are roughly 60 minutes, including time for a Q&A.

Classical Hit Tunes
Vivaldi’s The Four Seasons – Beethoven’s Ode to Joy – Tchaikovsky’s 1812 Overture – Gershwin’s Summertime:  Some of the most beloved classical music is immediately familiar, even to those who would swear they’ve never been to a classical concert. Classical music historian and frequent public speaker Betsy Schwarm brings her user-friendly approach to the topic.  How did those works become so widely famous? Does everything that’s well-written become iconic? Probably not!  Dive into some great music you already know, and learn how it earned its place in the spotlight!

Classical Hits – A Second Sampling
Even people who think they don’t know any classical music would still have to admit that the opening of Beethoven’s Symphony no. 5 sounds familiar. They’d say the same thing about Bizet’s bullfighter music from Carmen and Mendelssohn’s Wedding March. Speaking of weddings, there’s Pachelbel’s Canon. One might not know his name, but the music instantly rings bells. Classical music historian and frequent public speaker Betsy Schwarm brings her user-friendly approach to famous pieces of classical music that are still resoundingly popular today. How did these works come to be written? Let’s find out together!

Great Movie Music
A certain bit of music from the original film Psycho might leave some people reluctant to go in the shower. A splashy, brassy fanfare could have certain listeners imagining light sabers and X-wing fighters. It’s iconic movie music, often using the same techniques found in the classical concert hall. Classical music historian and frequent public speaker Betsy Schwarm brings her user-friendly approach to the topic, including film clips to allow us to relive these great movie moments.

Film Music Before John Williams:  Korngold, Herrmann, and More
For decades, John Williams (b. 1932) has been the king of movie music, giving voice to some of the most iconic film characters. But even Williams had his predecessors. Let’s go back to the start of films having recorded musical scores. As Robin Hood, Errol Flynn smiled and sparred to the music of Erich Korngold. For Scarlett O’Hara and Vivien Leigh, it was Max Steiner, and for certain shower scenes, the music is by Bernard Herrmann. Join music historian Betsy Schwarm for this musical exploration – with film clips!

Star Wars To Superman To Schindler’s List: The Music Of John Williams
From Luke Skywalker to Abraham Lincoln, countless iconic films have been enhanced by music of John Williams. For the past 50 years, he’s been the biggest musical name in Hollywood; scarcely a person alive can honestly claim to have never heard a scrap of Williams. He’s also composed for the Olympic games, presidential inaugurations, and  cellist Yo-Yo Ma, and many other others. Join music historian Betsy Schwarm for this musical exploration, including film clips featuring his best known work.

Star-Spangled Classical Music
American composers may not have invented classical music:  they borrowed its concepts from Europe.  From that point onward, they’ve made it their own and given it a distinctive American voice.  Classical music historian and frequent public speaker Betsy Schwarm brings her user-friendly approach to the topic.  Superstars such as Gershwin, Copland, and Sousa will be featured, along with other composers of devotedly American-sounding music.

Classy Ladies:  Women Composers of Classical Music
Beethoven and the boys get most of the attention, but there have also been fine women composers, many earning widespread success and admiration.  Classical music historian and frequent public speaker Betsy Schwarm brings her user-friendly approach to the topic.  From Clara Schumann in 19th century Germany to Cécile Chaminade in early 20th century France to numerous names today, there’s much to explore, including American Caroline Shaw’s Pulitzer Prize winning composition from 2013.  Get to know these classy ladies and their compelling music!

Impressionism in Classical Music:  Debussy and More
Musical impressionism often means Frenchman Claude Debussy’s famed Clair de lune and Afternoon of a Faun. But how does it reflect Monet’s paintings, and what other composers were involved? Music historian Betsy Schwarm presents perspectives, with artistic images to set the scene.

Classical Hearts and Flowers:  Music of Romance
Two familiar wedding marches, songs of love, and a bit of Romeo and Juliet: Music historian Betsy Schwarm presents a mix of classical music for romance, from Wagner and Mendelssohn to Tchaikovsky and Puccini. Clara Schumann also appears on the program.

On the Trail:  A Classical Grand Canyon
Maybe you haven’t been to the Grand Canyon lately, but you’ve likely heard Grofé’s Grand Canyon Suite: Sunrise, the Painted Desert, on the trail with burros, a powerful thunderstorm, and a splendid sunset. Music historian Betsy Schwarm gives us a tour.

Beyond the Ballets:  Investigating Tchaikovsky
The Nutcracker may dominate the spotlight, but years earlier, Tchaikovsky was already writing masterpieces for the ages. Music historian Betsy Schwarm explores some of his powerful works from the 1870s: The Slavic March, the Symphony no. 4, and the Violin Concerto.

Classical Music Insights:  Magical Mozart
From Salzburg to Vienna, from symphonies and operas, to concertos and chamber music: Mozart could do it all. Alas, he didn’t quite make it to his 36th birthday, but he’d already spent thirty years on the international scene, setting a standard that other composers struggled to match. What made Mozart and his music so special? Let’s find out together, with both music and excerpts from his letters to tell the story.  A Little Night Music is just the beginning!

Classical Music Insights:  Bravo, Beethoven!
Even people who don’t follow classical music know the opening of Beethoven’s Symphony no. 5, but there’s so much more to the man and his music than just those four ever-so-famous notes. Even once you add the Ode to Joy, the list has still scarcely begun. What made Beethoven’s music the way it is, and how does it differ from his predecessors? Let’s find out together, with plenty of music, comments from those who knew him, and a look behind the notes!

Classical Music Insights:  Singable Schubert
Schubert may be best known for the symphony he didn’t finish. However, his widely admired Unfinished Symphony is only one part of the story. This Viennese native was also a master of songs, setting poems to music so that the words became even more powerful than they had been on the page. We’ll consider both sides of Schubert’s creative voice, vocal and instrumental alike. Let’s find out together why, nearly 200 years after his passing, his compositions are still revered.

Classical Music Insights:  Dancing Moods
Ballroom dance styles, music for the ballet, and folk dance: All have their role in bringing danceable energies into the classical concert hall.  Johann Strauss Jr.’s waltzes stand on their own, even outside the ballroom. Orchestral ballet suites need no choreography: listeners can focus on the music. As for folk dance, Dvořák’s Slavonic Dances were his point of entry into the world of classical music. Let’s consider how fine music can sound like dancing even without dancers!

Classical Music Insights:  Elgar and Company
From Pomp and Circumstance to Pirates of Penzance – and beyond – English composers have written some of the most beloved works in the world of classical music. Let’s sample some English classics! Along with Elgar and Sullivan, we’ll check in with Vaughan Williams and Holst, and even Benjamin Britten, bringing us well into the 20th century. What makes English music sound English, and why did English music not establish a foothold until the 19th century? Let’s find out together!

Classical Music Insights:  Glorious Gershwin
Few American composers are quite so singable as Gershwin! Even those who generally know better than to sing in public are still strongly tempted to croon along with his song Summertime.  Then there’s the bounce and verve of I Got Rhythm, and so many other marvelous songs. Of course, Gershwin also composed memorable and masterful instrumental works, from Rhapsody in Blue to An American in Paris.  Rhapsody in Blue even has a Denver connection. Let’s explore glorious George together!

Classical Music Insights:  American Artistry
Even before Gershwin set foot in Carnegie Hall, American composers were making their mark in classical music:  slow to arrive on the scene but eagerly accepted once they stepped through the door. But what makes their music sound American, and why didn’t they charge into the field sooner than they did? Let’s find out together! Copland and Bernstein stand high on the list of important American classical composers, but there were names before them and after as well. Let’s discover them together!

Classical Music Insights:  Winter Pleasures
Vivaldi’s Winter from The Four Seasons is likely the most famous wintery expression of the snowy season. However, it is not the only choice. Both Wolfgang Mozart and his father Leopold composed sleigh-ride inspired music. Tchaikovsky brought winter to musical life both in The Nutcracker and in his first symphony. There are also classical songs on the subject: boisterous songs of ale and others on more shivery themes. Vivaldi and so much more: join us for classical pleasures of winter!

Diverse Voices in Classical Music
Classical music isn’t just something written by white Euro-American guys.  Other cultures have also made their mark, bringing individual cultural voices to the concert hall for all audiences to experience, even alongside Beethoven.  Classical music historian and frequent public speaker Betsy Schwarm brings her user-friendly approach to the topic.  Spaniard Joaquin Rodrigo, American Duke Ellington, and Chinese composer Tan Dun have all been part of the action:  diverse voices bringing personal perspectives to great music.  Concierto de Aranjuez is just a start!