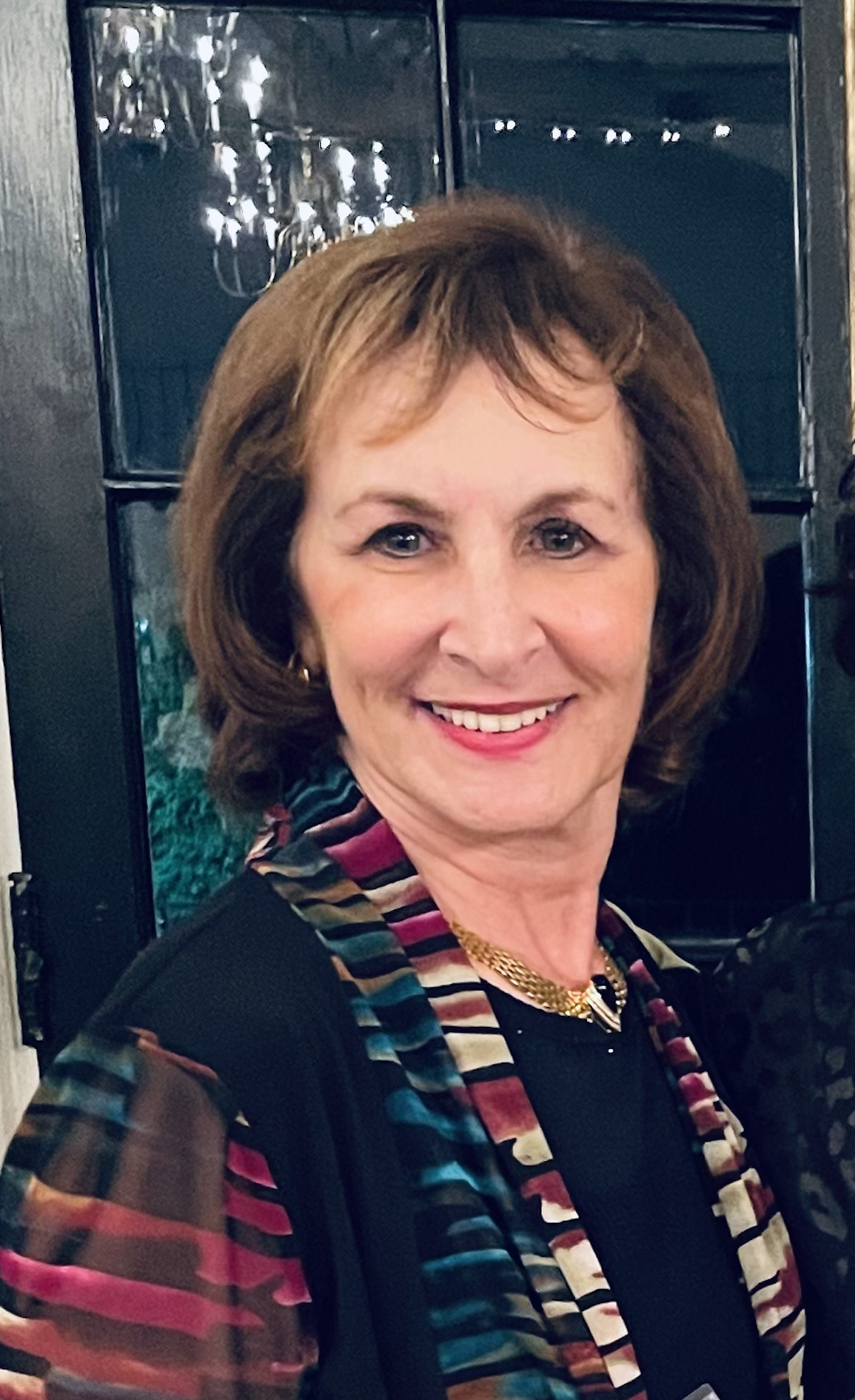 Dear Sharon, thank you so much for our class! I enjoyed everything: the history, the personal details concerning the actors, producers, screen writers. Even when you talked about films I had never seen, it was interesting to hear my classmates’ memories. How you can remember the names of films, actors, and characters amazes all of us! I look forward to every class. -Jeannette Flax, Stockton University Adult Enrichment Program

The 1960s was a turbulent decade of life-changing cultural, political, racial and national events. The era’s music reflected America’s evolving society, as a younger generation took the reins of leadership and created a different nation. Enjoy this one-hour overview of three different genres of ‘60s music that represent the early, middle and final years of the decade. You will surely know them all and can sing along to your favorites! Note: The topic can also be covered in three hour-long lectures that look more expansively at the early, middle and final years of ‘60s music.

GONE WITH THE WIND: A DAVID O. SELZNICK MASTERPIECE

This lecture, perfect for longer sessions, offers a complete overview of this landmark film and its famous stars and directorial controversies. How did Selznick choose the cast? Clark Gable was the public’s favorite, but what about middle-aged Englishman Leslie Howard as Ashley? One highlight is a film clip of the audition tapes featuring dozens of “hopeful” Scarlett O’Hara contenders. Many will surprise you.

THE STUDIO MOGULS WHO CREATED HOLLYWOOD

They were often called the “dream merchants” because they brought larger-than-life stories to the new big screen. Their names remain well known more than 100 years later. These ambitious, visionary men included the Warner Brothers, MGM founders Marcus Loew, Samuel Goldwyn and Louis B. Mayer, plus several others. They came from different backgrounds, and even different countries.

This hour-long lecture includes a pictorial history of these giants and describes how this group gambled on their futures by moving west to a little-known Los Angeles neighborhood called Hollywoodland. Their iconic studios, logos and namesakes have endured for more than a century and remain famous household names.

FROM VAUDEVILLE TO HOLLYWOOD SUPERSTARS

Was there anyone better than the Marx Brothers or Moe, Larry and Curly of the Three Stooges? What about the brilliance of George Burns and Gracie Allen, a great couple both on and offstage? Many comedy acts of the 1920s transferred their vaudeville experiences and successes onto the new sound medium during the 1930s. Learn about these comedic geniuses’ professional, and sometimes controversial, personal lives while enjoying clips from some of their big hits. Younger generations still laugh when watching these acts on cable television.

Have you ever wondered why married couples in old movies had twin beds and romantic scenes faded out? The answer is the Motion Picture Production Code, also called the Hays Code, passed in 1930 and enacted in 1934. This code introduced industry moral guidelines that were applied to most American movies through 1968.

Before 1934, films had few limits on what they include. Some of Hollywood’s biggest stars appeared in movies with little or no censorship. Imagine Joan Blondell in a bathtub or Norma Shearer in very provocative poses. The most famous was Mae West, who chose jail over bail, following her arrest for lewdness.

The horrors of 1930s Nazi Germany seemed distant to Americans, but Hollywood’s executives reacted by helping establish the Hollywood Anti-Nazi League (HANL) in 1936. Walt Disney brought German filmmaker Leni Riefenstahl to Hollywood and faced a backlash since her 1935 film Triumph of the Will had profiled Adolf Hitler’s hypnotic hold on the masses. This hour-long lecture details Hollywood’s anti-Nazi movement and includes film clips reflecting the escalating situation in Europe.

A DAY IN CASABLANCA

In 1942, the world met the cynical, tortured Rick Blaine, perfectly played by Humphrey Bogart, in Casablanca. Quickly filmed and distributed within months of the 1941 Pearl Harbor attacks, Warner Brothers produced one of Hollywood’s most famous, iconic films. France’s Vichy government supported the Nazis and Rick’s Café was the perfect political setting for those people seeking escape.

The major players, including Bogart, Ingrid Bergman, Paul Henreid and Claude Rains, all had interesting lives. One fascinating unknown story is Conrad Veidt (Major Strasser). This 60- to 90-minute program uses photos and film clips to give context to the plot and final scenes.

In the early 1940s, Hollywood focused on specific film types…training/wartime propaganda or stories that portrayed the lives of average individuals and families during war time. Think of Greer Garson as Mrs. Miniver, determined to prevail despite personal family loss. Remember, in those early days, no one knew how and when the war would end.

Creating quality training for the U.S. military took skill. No one did a better job and directed as many as Frank Capra of It Happened One Night fame. Clips and photos show Capra working to build the spirits of the service men/women far away from home.

From training to entertainment and leisure, the stars and support staff came out in force. Many tried to serve, but age and physical issues often prevented their direct involvement. Instead, they were utilized in other productive ways like raising money for war bonds.

Thanks to the voluntary efforts of elite stars like Bette Davis and John Garfield, the Hollywood Canteen (10/42-11/45) was built in Los Angeles. The renovated warehouse provided anyone in uniform from the U.S. or Allied militaries with free entertainment, dancing and food on their way overseas.

Clips include an opening-night speech from Davis and a candid view of the stars interacting in real time with the servicemen and women.

It is 1945. America and the Allied Forces have triumphed over the Nazis, Japan and the Axis countries. World War II has ended, following years of sacrifice.

As the surviving troops returned home, they confronted a changed American culture and society. This hour-long lecture discusses how Hollywood reacted to the nation’s triumph and the public’s different vision for the future. Clips from films like Academy Award-winner The Best Years of Our Lives (1945) tell the realistic story of three post-war veterans and their challenges.

THE GODFATHER PROVES CRIME DOES PAY IN HOLLYWOOD

It is hard to imagine that the legendary Corleone family saga is celebrating its 50th anniversary this year. The turmoil of the onscreen plot was matched by casting challenges and compromises. Why did Marlon Brando get the part of Vito Corleone, the original “don?” How did a relatively unknown Al Pacino secure the unforgettable role of Vito’s youngest son Michael? How did the young war hero become a cold-blooded mobster before our eyes? This plum part turned Pacino into a super star for 50 years.

The one-hour program explains fascinating backstory details through photos and ends with a terrific film clip that focuses on Michael’s downward spiral.

Your program was delightful and so are you! It was a pleasure to meet you, finally. Your enthusiasm truly showed through your words right to a responsive and grateful audience.  I know the effort and time you put in to it and it was quite evident! Best wishes for your continued successes! -Fond regards, Elsa

We thought the evening was wonderful.  As we plan our events for next year, we will keep you in mind. -Randy and Julie, Valencia Isles

Thank you for a wonderful presentation. Even with the technical glitches you were wonderful and your program was well received. We are definitely planning to invite you back. -Ellen, Valencia Reserve

Thank you so much for your course at FELS! And especially for giving us an extra session! All of us are amazed by your wealth of knowledge about the actors, producers, and the film industry. I can’t believe that you can remember the names of so many characters and so many plots. But you also analyze the trends, the politics, and the historical significance of this art. -Jeannette, Stockton University Adult Enrichment Program

Thank you, Sharon. Your class was wonderful. Lots of interesting and fun information. I find myself sharing some of the stories with friends and family. Who knew Hitler was infatuated with Clark Gable? Loved the room, and parking was a breeze. As always, I am so impressed with your preparation and delivery. Thanks so much for sharing your passion with us. -Susan, Stockton University Adult Enrichment Program

Thank you dear Sharon, for your dedication in making “Horray for Hollywood “ such a fun and informative class. See you soon.  -❤🤗. Arlene, Stockton University Adult Enrichment Program