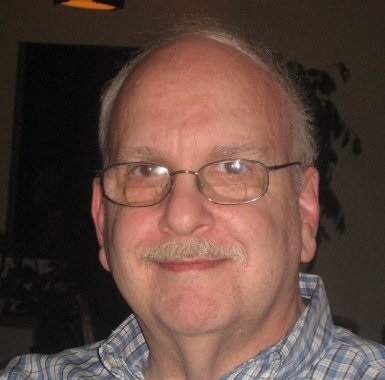 Available for in-person lectures in: N/A

Rich Knox was the subject of a terrific profile in Newsday — you can read it here: Rich Knox Newsday

Early Rock n’ Roll Ballads
While the first decade of the Rock ‘n Roll Era was dominated by up-tempo hits by such artists as Chuck Berry, Elvis Presley, and the Four Seasons, several other great vocalists were also famous for singing and arranging both original and “cover” versions of classic ballads that have endured over the half-century since they were first recorded.  Groups such as The Platters and the Everly Brothers, as well as solo performers such as Ben E. King, Johnny Mathis, Roy Orbison, and Bobby Vinton were responsible for a large percentage of record sales and then became a staple on television programs such as “American Bandstand” and the “Ed Sullivan Show.” This nostalgic program will revisit many of these classic numbers as they were performed in live concerts or on television.

Frank Sinatra…A Retrospective
Frank Sinatra (1915-1998) is considered by most people the most famous singer of popular music in American history.  Through a variety of classic video and audio clips, this program will explore the career of this outstanding vocalist from his early years growing up in Hoboken, New Jersey, his success with the great “big bands” led by Harry James and Tommy Dorsey, his early film career in such classics as “Anchors Aweigh” and “On the Town”, his career struggles prior to his Oscar winning performance in “From Here to Eternity”, his amazing success with Capitol and Reprise Records, and his memorable live concerts throughout the ‘70’s and ‘80’s.  Included in the program will be a full-length presentation of the award winning post-war documentary “The House I Live In”, a testament to Sinatra’s life-long campaign for racial and religious tolerance.

The Golden Age Of Radio & Television
This nostalgia-filled program will examine a wide range of popular radio and television shows and personalities, focusing primarily on the years 1935-1965.  Using a variety of audio and video clips, participants will have a great opportunity to relive:

Love Songs
Great for Valentine’s Day or any time love is in the air, this presentation is a wonderful opportunity to relive some of the greatest love songs ever written. It features video clips of notable singers past and present such as Judy Garland, Frank Sinatra, Patti LuPone, Josh Groban, and Barbra Streisand, and the music of such outstanding composers as George and Ira Gershwin, Cole Porter, Victor Young, Harold Arlen, and Irving Berlin.  Your presenter, Richard Knox, guarantees that all who attend will have a LOVEly time!

That beautiful and uplifting lyric from Simon and Garfunkel’s “Bridge Over Troubled Water” has resonated with audiences for half a century since it was first composed in 1970.  In difficult times both past and present songs such as “You Raise Me Up”, “The Impossible Dream”, “Over the Rainbow”, and “You’ll Never Walk Alone” have lifted our spirits and soothed our souls, often in ways that spoken words cannot. During this program we will have an opportunity to watch outstanding vocalists such as Audra McDonald, Josh Groban, Brian Stokes Mitchell, and Barbra Streisand perform these and several other memorable numbers that will prove to be both nostalgic and inspiring.

Dream Songs
The subject of dreams and dreaming has been an essential ingredient in the history of music dating back centuries.  Two excellent examples are Franz Lizst’s “Liebestraum” (Love Dream) and Robert Schumann’s “Traumerei” (Dreaming), both written for solo piano and an essential part of the Romantic Era repertoire.  Around this time, America’s greatest 19th century songwriter Stephen Foster continued this tradition with melodies such as “Beautiful Dreamer” and “(I Dream of) Jeannie with the Light Brown Hair”. This program will, in addition to the aforementioned numbers, focus on a variety of more modern works with the same theme.  We will have an opportunity to watch and listen to performances of such wonderful songs as “You Stepped Out of a Dream,” “I Dreamed a Dream,” “All I Have to do is Dream,” “Daydream Believer,” and “Out of My Dreams.”  Artists such as Nat King Cole, Doris Day, Florence Henderson, and Laura Osnes will put their vocal talents to superb use as we relive these and many other “Dream” songs.

The Great American Songbook – Parts I-V
The Great American Songbook, also known as “American Standards”, is the canon of the most important and influential American songs  from the early and mid-20th century.  They include the most popular and enduring tunes from the 1910s to the 1950s that were created primarily for Broadway musical productions and Hollywood musical films.  The Songbook comprises standards by George Gershwin, Cole Porter, Irving Berlin, Jerome Kern, Harold Arlen Victor Young,  Frank Loesser, Richard Rodgers, and many others. In each “Part” we will watch and listen to vocalists and arrangers both past and present interpret these timeless melodies, and we’ll examine how their placement within the context of a musical show or film added to their historical significance and made them truly unforgettable.

Part I focuses on songs composed and recorded prior to 1930, including such great numbers as Irving Berlin’s “Always”, Hoagy Carmichael’s “Stardust”, James Monaco’s “You Made Me Love You” and George Gershwin’s “Someone to Watch Over Me”.

Part II focuses on songs composed and recorded from 1930-1934, including such great numbers as Cole Porter’s “You’re the Top”, Harold Arlen’s “Let’s Fall in Love”, Richard Rodgers’ “Blue Moon”, and Gerald Marks’ “All of Me”.

Part III of this five-part series will focus on songs composed and recorded from 1935-1939, including such great numbers as Jerome Kern’s “The Way You Look Tonight”, Charlie Chaplin’s “Smile”, Irving Berlin’s “Cheek to Cheek” and Harry Warren’s “Lullaby of Broadway”.

Part IV of this five-part series will focus on songs composed and recorded during the 1940’s, including such great numbers as Jule Styne’s “It’s Magic”, Richard Rodgers’ “If I Loved You”, Harold Arlen’s “That Old Black Magic”, and Jimmy Van Heusen’s “Swinging on a Star”.

Part V, the final segment of this series, will focus on songs composed and recorded during the 1950’s, including such great numbers as Victor Young’s “When I Fall in Love”, Jimmy Van Heusen’s “All the Way”, Frank Loesser’s “I’ve Never Been in Love Before”, and Cy Coleman’s “Witchcraft”.

Great Modern Female Vocalists
This presentation will focus on some of the outstanding singers of popular music during the latter part of the 20th century and continuing into the 21st century.  Through a variety of video and audio clips, those in attendance will have a great opportunity to watch and listen to such talented performers as Barbra Streisand, Kelli O’Hara, Rebecca Luker, Idina Menzel, Linda Eder, and Patti LuPone as they sing many of the memorable numbers from the “Great American Songbook.”  As a bonus, there will be a music trivia quiz in which members of the audience will be able to demonstrate their knowledge and share their reflections of these great artists.