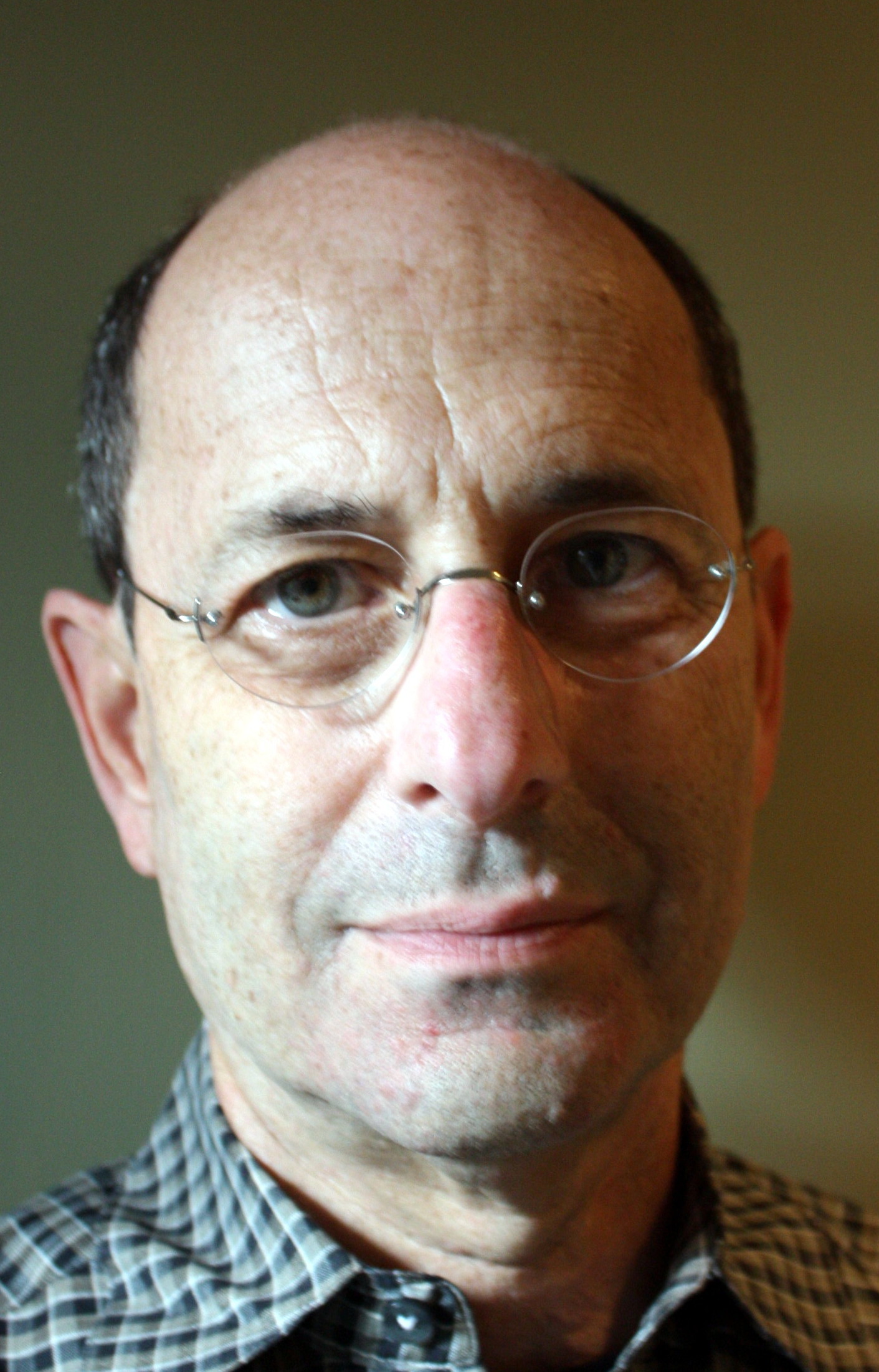 Available for in-person lectures in: N/A

Brian Rose has been doing his excellent virtual presentations for the Levis JCC in Boca Raton, throughout the pandemic. He has done 20+ presentations and we still have not run out of topics! Brian’s lectures are so well researched and his style of presentation is so engaging.  My audience loves him and his programs are always very well attended! Even as we return to more in person programs, we will continue to offer Brian’s lectures, virtually, because they are just too good to give up! -Stephanie Owitz, Director of Arts, Culture & Learning, Phyllis & Harvey Sandler Center, The Adolph & Rose Levis Jewish Community Center

The Golden Age of Television: What Made the 1950s So Special for American TV
American television was all set to launch in the late 1930s, but its progress was interrupted by the start of World War II. Finally, by the end of the 1940s, NBC and CBS began broadcasting to their east coast affiliates. They offered viewers a wide variety of programs: situation comedies, vaudeville-style revues, and most impressively, live original dramas. Within a few years, these anthology programs, like Kraft Television Theatre and Ford Television Theatre launched the careers of soon-to-be famous directors like Arthur Penn and John Frankenheimer, actors like Paul Newman and James Dean, and playwrights like Paddy Chayevsky and Rod Serling. But by the end of the 1950s, the era of live TV “theater” was over. So too was New York City as a center of TV production. This presentation will look at the forces that made this “golden age” such an intriguing chapter in TV history and why it was so short-lived (including brief examinations of blacklisting and the TV quiz show scandals).

Carl Reiner and Mel Brooks: The Grandmasters of American Comedy
For more than seven decades, Carl Reiner and Mel Brooks made America laugh—either through their remarkable solo careers or their legendary partnership. Whether together or apart, they were giants of American comedy, who basically conquered every field they entered, whether television, movies, Broadway, or records. This presentation will examine their extraordinary achievements, beginning with their work together on Sid Caesar’s Your Show of Shows and their creation of the 2000 Year Old Man, to their individual accomplishments as writers, directors, and performers.

“And Now a Word From Our Sponsor” — A Look Back at the Early Days of TV Advertising
When television began in the late 1940s, advertising was already a vital part of the picture. TV’s first big hit, Milton Berle, appeared on The Texaco Star Theater; Frank Sinatra hosted Bulova Watch Time. Throughout the 1950s, advertisers were fully in charge, controlling the content of a large part of prime time, and selling their products through live demonstrations, celebrity testimonials, inventive animation, and ads that integrated directly into the program. With the shift away from full sponsorship to 30-second “participating” spots in the 1960s, a new era of creativity emerged, as advertisers embraced new techniques and approaches in order to reach new generations of consumers. This talk will look at how advertising changed during television’s first two decades and the important role it played in convincing viewers that the key to happiness lay in quite literally buying their way into the American dream.

Rockin’ TV: Rock & Roll and Television From Elvis to the Monkees
Beginning in the mid-1950s, rock music found a surprising home on mainstream television. Programs hosted by Milton Berle, Steve Allen, and especially Ed Sullivan featured a wide variety of musicians including Bill Haley & the Comets, Fats Domino, Buddy Holly, and especially Elvis Presley, who appeared on all three shows to galvanic response. Afternoon dance programs like American Bandstand played a role as well in bringing rock to large and eager teenage audiences. Then, in 1964, the appearance of the Beatles on The Ed Sullivan Show would change the face of pop culture, leading to an explosion of televised rock, from the Supremes to the Rolling Stones, for the rest of the decade. This program will present a lively survey of the fascinating history of how rock and television grew up together.

From Milton Berle to David Letterman: A History of TV Comedy
From the earliest days of television, making people laugh was one the central goals of TV programmers. Successful radio formats like the sitcom and the comedy/variety show moved to television in the late 1940s, joined a few years later by the medium’s own innovation, the late night comedy talk show. For the next seven decades, these three formats dominated the airwaves, led by brilliant comedians such as Sid Caesar, Jackie Gleason, Johnny Carson, Carol Burnett, Gilda Radner, and Jerry Seinfeld. This presentation will survey the extraordinary landscape of American TV comedy, examining how comedy changed from the vaudeville shtick of Milton Berle and the slapstick artistry of Lucille Ball to the social satire of Saturday Night Live and the self-reflexive absurdities of David Letterman and The Simpsons.

From Carson to Oprah to Stephen Colbert: A History of the TV Talk Show
From its start in the early 1950s, the talk show has been one of television’s most versatile and durable formats. Pioneering programs like Today, Person-to-Person, and Tonight established the basic features that have guided the format ever since, particularly the importance of the host as the chief focus of the proceedings. Whether it was the sophisticated wit of Dick Cavett, the magnetic empathy of Oprah Winfrey, the innovative comedy of David Letterman, or the sharp political satire of Jon Stewart, the talk show has continued to provide viewers with a lively mix of entertainment, information, and compelling conversation. This presentation will look at the fascinating history of the television talk show, and examine its changing appeal from decade to decade.

“And That’s the Way It Is”: A Look Back at 70 Years of TV News
Television news has undergone remarkable transformations in the last seven decades. Beginning with the Camel News Caravan with John Cameron Swayze in 1948, evening newscasts drew tens of millions of viewers nightly, and expanded from 15-minutes to 30-minutes when Walter Cronkite became the anchor of the CBS Evening News in 1963. With the launch of CNN in 1980, TV news expanded to 24 hours a day, seven days a week–and a new era in television journalism was born. Americans no longer had to wait until 6:30 p.m. to get their news but could tune in any time to find out what was happening, all over the world. In 1996, TV news would change once again with the launch of two new 24/7 cable channels: MSNBC and six months later the Fox News Channel, which introduced a more partisan approach to news coverage that would have enormous implications on American political life. This presentation will look at these sweeping changes and examine the impact–both good and bad–of television journalism over the last six decades.

The Changing Face of Television: YouTube, Bingeing, Streaming and Beyond
Watching television used to be a fairly simple enterprise—you turned on the set, selected one of 500 channels, and enjoyed your program. Now, television is changing in front of our eyes. More and more viewers are cancelling cable television, preferring to watch new online-only channels like Netflix or Disney +. An entire generation of younger viewers has given up on the TV set altogether, and instead watch programs on their laptop or their phones. And tens of thousands of kids and teenagers have started their own TV networks on YouTube, bypassing NBC, ABC, and CBS altogether. This presentation will look at these startling developments and explain why the old days of simply “watching TV” are fast disappearing.

From Streaming TV to the Oscars: How Netflix Is Disrupting the Entertainment Industry
From its start as a DVD-by-mail rental service, Netflix has systematically changed the rules of the media business. Its introduction of streaming in 2007 led to the decline of the video rental store and dramatically increased the use of broadband internet. Starting in 2013, its introduction of its own programming, from House of Cards to The Crown to Stranger Things challenged the traditional ways viewers watched TV. Now its original movies, like The Irishman and the three-time Academy Award-winner Roma, are upending the operations of the Hollywood studios. With an ever increasing budget of over $15 billion per year, service to 190 countries, and 150 million subscribers, this presentation will examine how Netflix is primed to become the dominant source of leisure time entertainment throughout the world.

How the Internet Changed the Media and Why Newspapers, Music, and Television Will Never Be the Same
This illustrated lecture will examine the many ways the internet has radically transformed the “old” media of newspapers, magazines, the recording industry, film, radio, and television. It will trace how this digital revolution took place in such a short period of time, and what lies ahead in the continually changing era of “new” media. Among the topics to be explored: will there be a printed newspaper in any city ten years from now? Will newsstands and bookstores disappear as fast as record stores? Will movie theaters exist in their present form? Will prime-time television vanish?

A silver lining of the pandemic has been that lifelong learners at Washington Metro Oasis have been to enjoy Brian Rose’s fascinating film and TV history presentations via Zoom.  Our happy partnership began in July 2020.  We’ve received many wonderful comments about Brian’s presentations.  Here is just one example, “He is terrific…well prepared, knowledgeable, wonderful clips!”  More than twenty programs later, Oasis members regularly ask, “When is Brian’s next class?”   -Janice Pliner, Program Manager, The Oasis Institute

The COVID-19 pandemic brought a silver lining to Albuquerque Oasis’ educational offerings – Zoom lectures. Through a referral from the Washington DC Oasis center, Albuquerque began offering Brian’s courses in 2021 with excellent reviews. Comments from participants include the following: “well- researched, relevant visuals, thought provoking presentation;” “there is not enough “humor” today and Mr. Rose reminds us how funny life can be;” “this was an outstanding presentation by a skilled presenter. I loved it and his enthusiasm;” and “Very comprehensive, entertaining presentation—liked the movie videos illustrating points made in the lecture.” -Kathleen Raskob, Executive Director, Albuquerque Oasis

Brian has presented multiple times at DOROT Onsite@Home. Each Zoom presentation is professional, thoughtful, fun and engaging. Our community consistently wants Brian to return for more engagements. He cultivates and creates virtual community in each of his programs, and we are grateful that he has brought his talents to DOROT!   -Claire Nissen, Manager, Lasting Impressions, DOROT, Inc.

If you want to know if someone is passionate about their lectures, watch Brian Rose. He has in-depth knowledge and command of material for all of his lectures. It has been a pleasure to work with Brian.   Alisa Fogel, Programmer, Syosset Library, Syosset, NY.

It has been quite a good number of years since you began doing your programs at the Jericho Library.  It’s always a pleasure working with you….whether in person or virtual.  Your presentations are always so well done and informative. I look forward to having you back often. My patrons always ask for more.  Nothing makes me happier!   Phyllis Cox, Program Coordinator, Jericho Library, Jericho, NY.